Want to hear feedback from those who have put pool filter sand in your aquarium vs. using a proper aquarium substrate.
I've read here and there, that, after some time, brown algae starts to appear with pool filter sand. I'm going with sand in my 240 freshwater and am leaning towards staying with Estes or an equal. I don't care about the cost as I know there's a big difference in price.
Would love to hear from those who have had it awhile in their tank.
Thanks.

Pool filter sand is proper aquarium sand in my opinion. The brown algae may be detris (spelling?) which will happen is pretty much all new tanks, and then will go away eventually. If other algae happens then it's because one doesn't have the proper balance of light, and ferts for the type of plants they have. Half my 40 gallon breeder has pool filter sand and the other half has estes, both work fine for the plants I have. I use root tabs and liquid ferts. Both are soft enough for my kuhli loaches too.

Brown algae (diatoms) will likely appear with sand labeled as aquarium sand as well. Aquarium sand is the same as other sand, it's just labeled differently and more expensive. No such thing as proper sand

Yup, I agree with TexasDomer. many things are jacked up in price when "aquarium" is thrown onto the label

clk89 said:
Pool filter sand is proper aquarium sand in my opinion. The brown algae may be detris (spelling?)
Click to expand...

Very True lol and for future reference, it is detritus. Unless you were looking for debris lol

Ok. So basically any Home Depot or buy from a pool store?

Yep! If you wanted a darker substrate, you can look into blasting sand (it's coal slag). Tractor Supply (if you're in the US) has some; I like the medium grit, personally.

I have two tanks running with PFS right now. Both tanks were setup with sand bought and washed as a single batch.

One tank is in the living room and is in total darkness all night long. The other is in my son's bedroom and light, to some degree, 24/7 because he leaves his ceiling light on all night. I also hate turning the tank light off because it won't turn back on for 3 or 4 days after.

The tank in the living room has no algae issues what so ever. The one that is lit for too many hours in a day does have some brown growth on the glass and sand. The growth on the sand is easily dealt with by a good stirring every week at water change. Usually just sticking the siphon in it does the job. Also, algae in that tank is much less than I have gotten by having an unlit tank sit in front of a window. 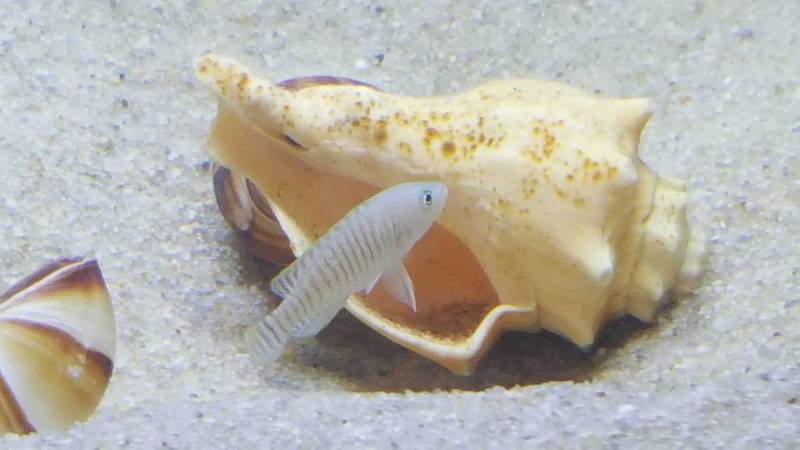