Pleco Jumped Out Of Tank. Fins Damaged. What Happened?

For various reasons I chose to temporarily move a 1.5" royal pleco, 1.5" sailfin pleco, and a 6.75" common pleco (named Aurora) into a 29 gallon tank together for about a week. There's also about 10-20 small female guppies in there.

Didn't have a cover on it since it's temporary and plecos aren't known to jump.

Threw an algae wafer in before bed. Woke up an hour or two later and couldn't sleep. Thought I'd watch the fish until I got tired again. Couldn't find Aurora anywhere. Finally found her 6 feet away from the tank.

She had carpet fibers stuck throughout her scales. I immediately put her back in the water, fearing the worst. She was stunned at first but after ten or so minutes she returned to fairly normal behaviour. I moved her to another tank by herself for the rest of the night.

I figure putting 3 pelcos in such a small tank was not such a good idea, but I'm not sure how her fins were damaged. Can other small plecos cause fin damage as pictured? Did jumping out of the tank cause the fin damage? Her fins were perfectly intact before I went to bed last night. 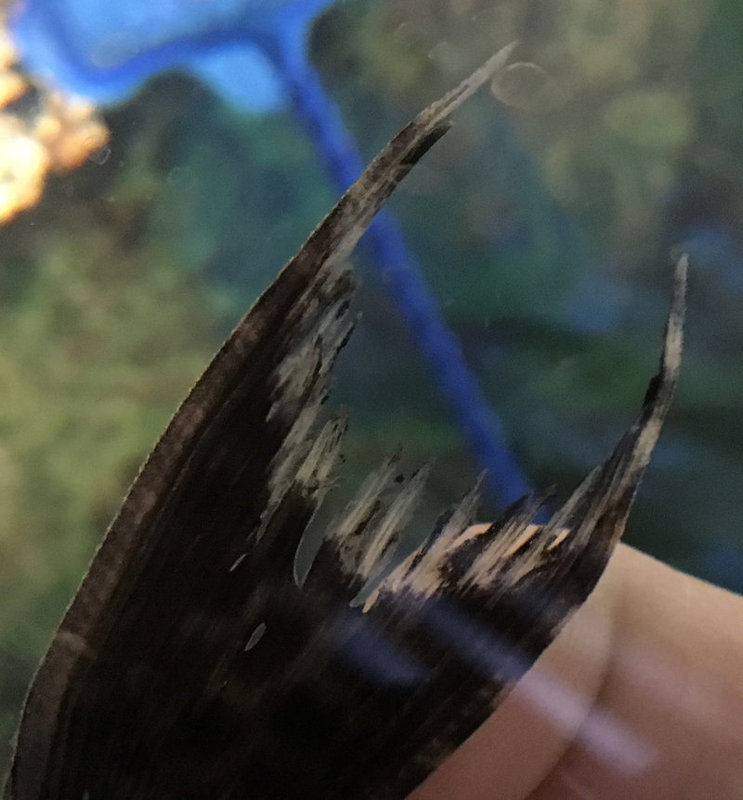 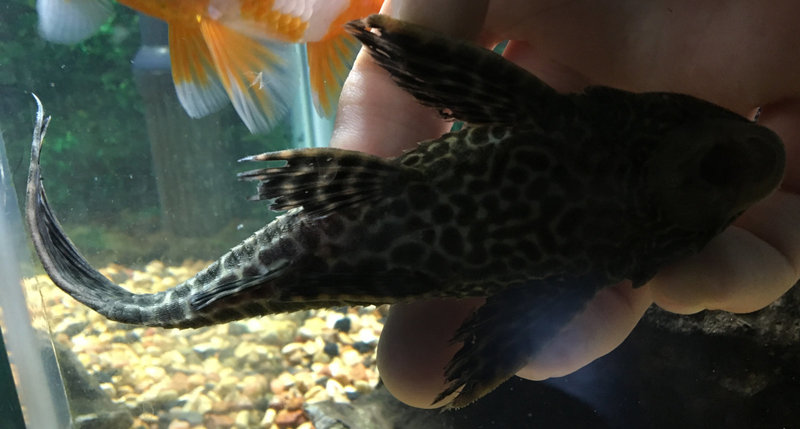 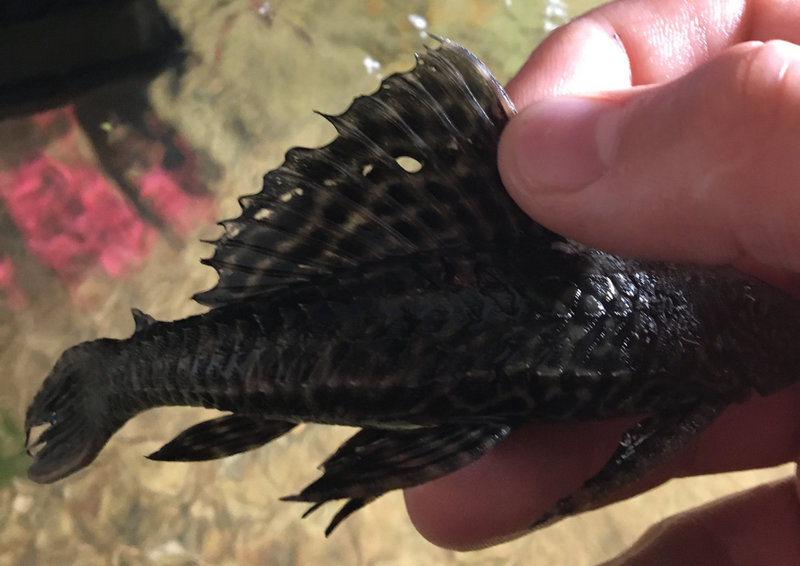 I would keep her in a hospital tank to recover, and keep doing small water changes to keep the water nice and clean, and slowly raise the temperature in the water so the fins will heal quicker. Add some aquarium salt, not table salt or sea salt, freshwater salt. You can find it at your LFS. It will take a while for the fins to heal, just wait! Good luck.
D

Most likely aggression between the plecos because they were confined together in such a small space.

She looks as if she had been chased around, nipped at and decided to save herself by jumping out.
Plecos are generally aggressive to conspecifics.
Or one algae water caused fighting over the food and triggered aggression.
My small BN can get very angry if somebody wants her food.

Not sure about salt. Aren't they scaleless and salt is dangerous for them?
Catappa leaves would help.

They're not scaleless they're armored. Salt is fine, but daily water changes would clear it up quickly.

Clean, warm water is you best healer here - I had to move my goldies in for the winter, the two plecos came in with them, one attacked the other and severely wounded it (I was not able to save him despite having cleared up the injury he suffered from), they do not like being confined in smaller than their normal territories and react accordingly (as you would if someone walked into your tiny room without permission, you would want them out, so do these fish - if the chased cannot escape - not enough space - they can end up being killed). I hope you are able to revive her health.
OP

Have her in her own tank with salt and Seachem StressGuard. Temperature at 28º. Zero detectable ammonia/nitrite/nitrate. Changing 20% water daily with RO/DI and added minerals. Looks like everything on her dorsal fin above the damage fell off. Pectoral fins are looking a bit better.

In hindsight it was a really bad idea to put three plecos in such a small tank. I have them in happy homes now with plenty of space to themselves.

Any thoughts on whether the fin damage was caused by the other plecos or from thrashing around on the carpet and getting the fin spines stuck? 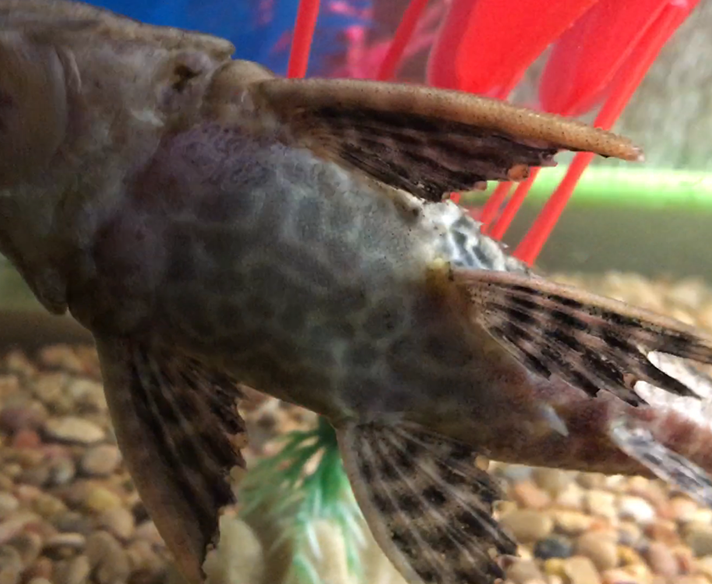 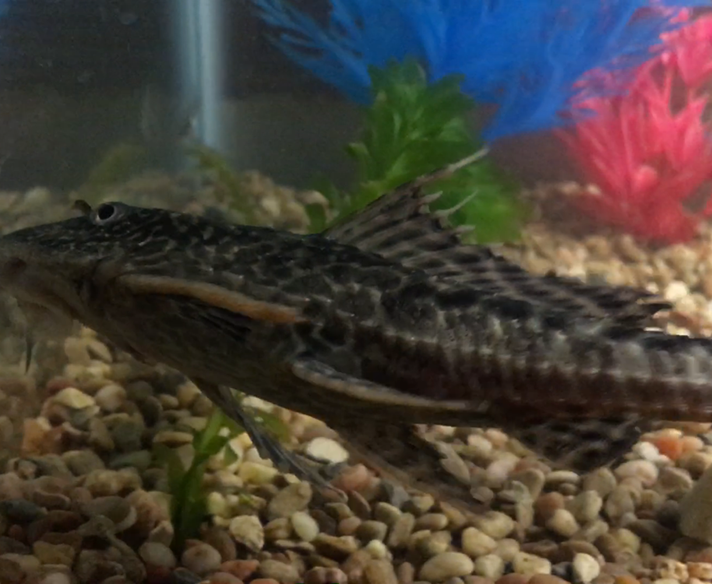 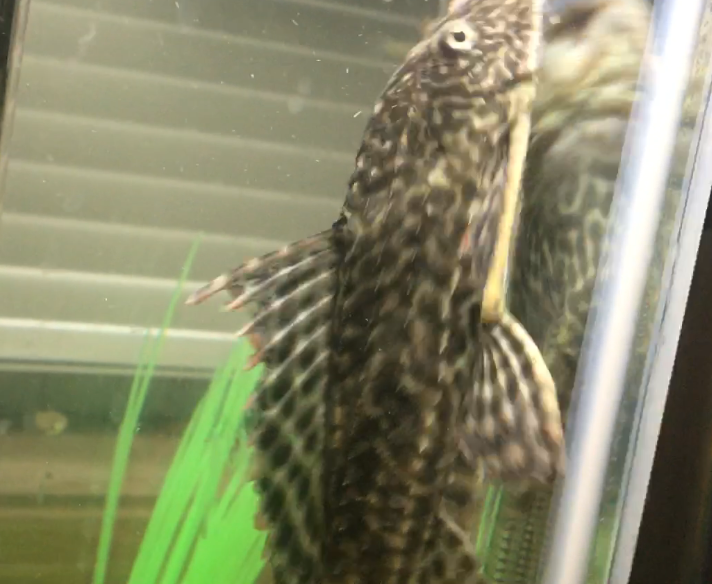