Pleco Hurting Himself On Intake:current?

The last three nights, I woke up to find my prefilters out of place. Initially, I just figured the pleco had knocked them down.

Last night, it happened again and I observed the pleco swimming along while sucking the glass. I moved the one little filter over so the prefilter woukdnt fall off so easily.

I also observed the pleco trying to squeeze behind the intake tube of the aquaclear 110 intake. I think he damaged himself doing it as he appears to have discoloration in areas around his head that correspond to where he's rubbing.

I had seen damage two nights ago. I thought he might be trying to swim in the stream of the new powerhead so I moved it towards the front of the tank.

As I said, last night he kept doing it despite moving the powerhead.
Just tried shutting off the powerhead right and he's still doing it.
As I was about to post it, I saw he got the bottom piece off and is just sitting behind it.


I did a water change yesterday when I noticed the damage to try to make sure water is clean to allow it to heal.

Initially I thought he was enjoying the stream and figured he'd swim on the front glass once I got another powerhead (I planned on two to create more current for the clown loaches).

Now I'm not sure what to do.

I'm going to test the water but it have been zero everything the last two times I checked it this week.

BTW, after he knocked off that Aquaclear 110, he stopped pushing there and went to the wood to suck, and now he's sucking on the sponge filter. I still have the powerhead turned off.

Thanks for any advice. 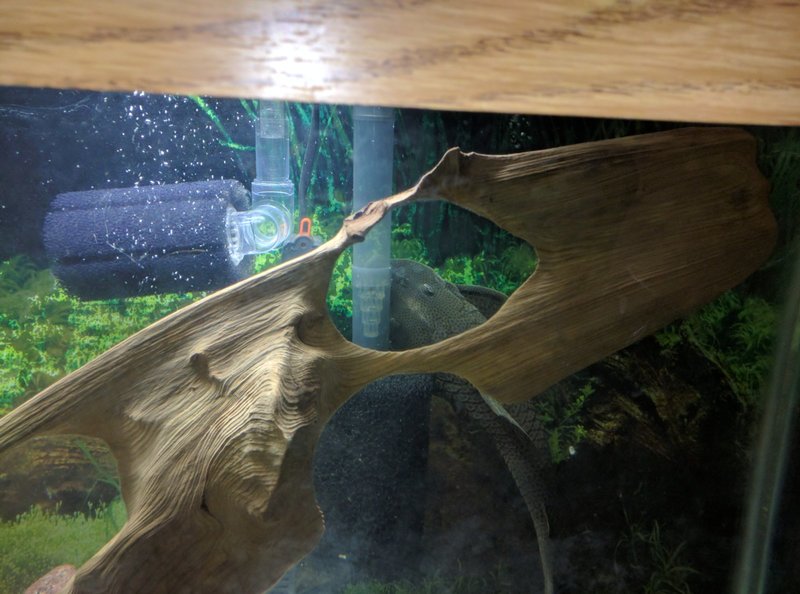 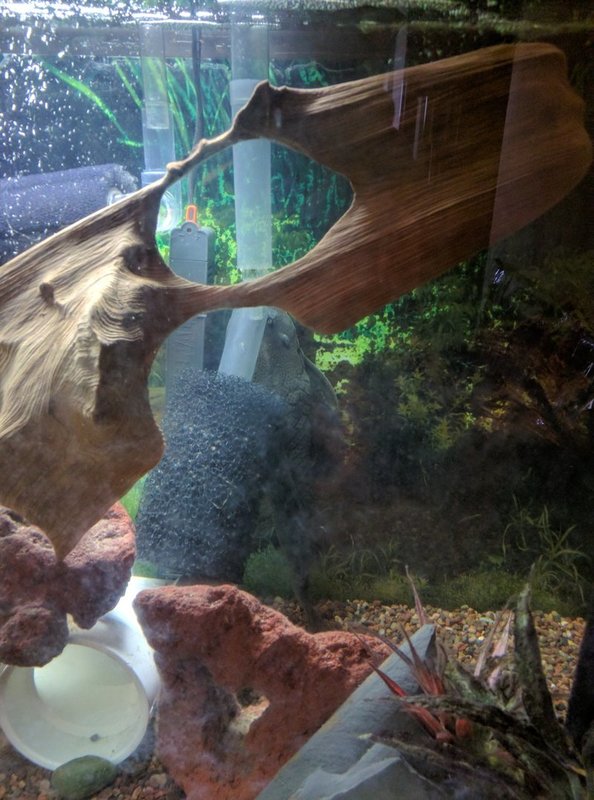 Thinking back, I guess he did like to dislodge things in the past. He used to push the old heaters off the glass. Before I got the powerhead, he did keep dislodging one of the new heaters from the glass.

Edit:
Here are two videos. Dark one was last night where he looks like he's trying to swim with the current.


The other, brighter one was just now: where he was trying to get behind the intake tube.

Maybe try to stuff a (unused) sponge behind the tube?
OP
C

Zennon said:
Maybe try to stuff a (unused) sponge behind the tube?
Click to expand...

Thanks. I'll try that when my sponges arrive that I have ordered. I have a 3 pack of Aquaclear 70 sponges coming so I'll jam the two extra ones back there.

Since he left it alone after dislodging the bottom piece, I just put the sponge on the upper left tube to see if he leaves it alone.

I still have the powerhead off but I'm going to turn it back on and watch him for a few hours while I finish my taxes.

I was looking around on planetcatfish as I was gonna post there and I found one post saying scuff marks are common with plecos so I'm less worried.
OP
C

I saw him doing it again. Then, I remembered I had these big sheets of poly filter floss. I jamned some of these behind the intake tube. 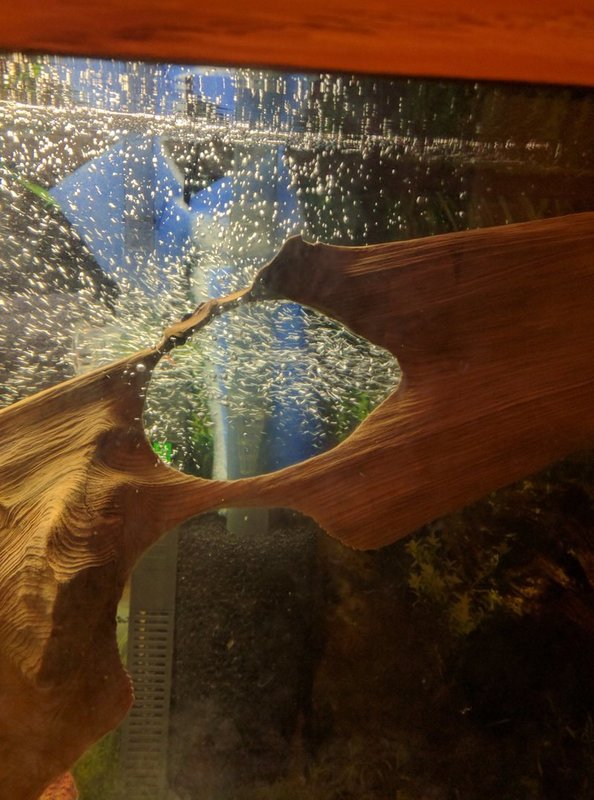 I think your idea should work. I felt confident enough that I moved the powerhead a little but towards the back of the tank (where I ultimately want it so I can have that creating flow in the back, and my new one to create flow along the front of the glass).

I posting an Id pic in planetcatfish but it looks like Pterygoplichthys pardalis.

He should be fine with current if he's from the Amazon river, right?

Plecos come from turbulent rivers in the wild. He should be fine.
OP
C

I've been watching him so more. He's swimming in those same areas by the current like in the dark video.

I think Zennon's solution worked. He hasn't pried off the tube yet or tried to go behind it now that the filter floss is blocking his access to the tube. The real test will be tonight. It makes sense that it's working as when he was dislodging the tube, he wouldn't push in the sponge area, but on the actual tube.

Glad I could help! 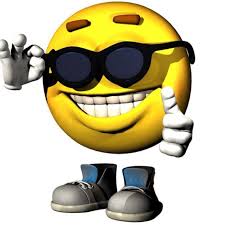