I bought a few bunches of this plant to create more hiding space for my shrimp but I can't remember what the lady told me it was called.

Can anyone help me? 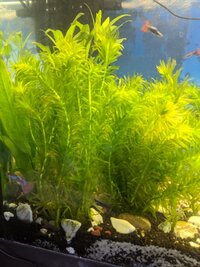 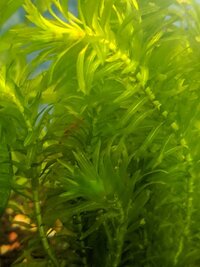 That stuff grows over an inch per week in my tanks, and that's without Co2.

If I see that correctly it's not Elodea/Anacharis, but Egeria densa. Was called a species of Elodea (which in turn once were called Anacharis before) once, but moved to another genus.


QCAquaholic said:
That stuff grows over an inch per week in my tanks, and that's without Co2.
Click to expand...

That's why waterweeds (Egeria and Elodea) are on the one hand often used as Nitrogen sinks in aquariums, but also in water treatment plants and why the different species have become invasive species world wide. When thinning out in an aquarium always throw that stuff in the garbage, so it will definitely die, never let it get into the local water circulation.