Normal for clown loach to do this?

I've seen him sleep on his side before but it's always inside the pvc hide outs. Nothing going on with my water other than the cloudiness I posted another thread about and we think it's goo on the driftwood. Just worry about my fishies when they do stuff like this hes been acting normal other than this he just did right now and wondering if this is a bad sign or hes just sleeping but its just odd to me that hes not in the hide outs if he is sleeping. I normally do water changes Monday and Thursdays but I might do one tonight since I'm dealing with the cloudiness. My wifi went out mid way through trying to post this and hes now in the pvc pipe laying in there but do you guys think I should be worried about that? I also saw my goldfish over a week ago laying down like this I was going to post it but he stopped I just never really saw him doing that before normally I see him close to the bottom when he sleeps but now laying directly on the sand 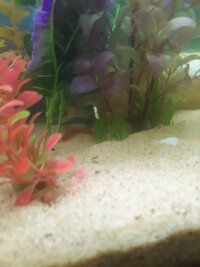 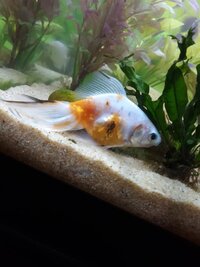 I have some that will lay at the front of the tank belly up.
Upvote 0

Yes i think i heard it looks like they play dead sometimes. This is just from reading about them. Never owned them but would definitely like a large tank with 5-6 of them eventually!!
Upvote 0

They are renowned for it.

Clown Loaches would need a tank to themselves in my opinion, perhaps with a few dither fish.

Watch out for Whitespot (they usually get it when newly introduced).
Upvote 0
You must log in or register to reply here.