Hello everyone! After building our new home, I kept telling my wife that I really wanted a fish tank for my office, and for my birthday this year, she surprised me with a new tank and all the extras I needed to start my new hobby.

It is a 36gal bowed front tank from Top Fin. For the most part, everything has gone well. We think our initial stock had Ich, but it was quickly caught and treated and no one has had an issue since. We have lost several fish over the past few months, and we can't seem to pinpoint why. I change the water regularly, condition when doing cleaning and refills. I test the water regularly and haven't noticed any spikes in the water composition. I've even taken samples of the water to local suppliers to get their opinion (since I'm new and might be missing something). For whatever reason, it just seems like randomly a fish will go from normal to dead, almost overnight (some of them start to show signs of lethargy or maybe look a little emaciated right before death). One possibility was a parasite, so we've treated for that, but since have had two other fish die in similar fashion.

I honestly can't tell if I'm just having bad luck and the fish are dying of natural causes, or if the fish are picking each other off, or if there's some other cause.

In case anyone is interested, here is my best attempt at a full stock list for the tank:

I think both of the loaches are actually the same breed, but I'm not completely sure of which one, but I've narrowed it down to those two. They were sold as the Almorhae. One has passed.

Also, to note, this list is not indicative of the tank stock at one time, just everyone who has occupied. The most we've had living in the tank at one time with no apparent problems was the Imperial Ranger, 6 of the Corys (one of each), the two loaches, and 5 Tetras. As fish die, I've attempted to replace some of them or have gotten different ones (for instance, when the Imperial Ranger died, we replaced him with the Clown).

Currently I have only 10 fish and I'm not looking to increase the stock any more until I feel more confident that we won't have more lossses. My wife suggested that maybe I'm just having bad luck with the corys. I suspect the loach may have had something wrong with him when we bought him. He was very active and playful, but his incredible weirdness may have been indicative of a neurological disorder. And as far as my Imperial Ranger goes, I suspect my son may have been involved, but that's another story.

I've initially come here because I was looking at the DIY filter media thread while attempting to find alternatives to the Top Fin PF-L filters, since I haven't seen them in stock at any stores local (and they've shown as unavailable on the PetSmart website since I've started this journey). I think I will try some suggestions I've found in this thread and forgo doing basic filter inserts.

While I, personally, am I novice, my father had a large fish tank built into his custom built bar and I've helped him care for the fish during my childhood. My wife was also exposed to keeping fish from her father, who was pretty into the hobby as well.

So, I know that was all a long read, and I thank you for listening to me ramble about my fish. If you have any suggestions about what may be causing my issues, I'm open to any and all suggestions, tips, and tricks. I would really love to get a few more loaches and corys in the tank (because they are super playful and I love watching them), but I really don't want to overload my tank and continue to have the losses. Yes, I get way too attached and name the buggers.

Welcome! Don't know if it contributed to their demise, but cories do generally like life better in groups of 6 or more, same species. And don't worry, we all get rough patches like that at some point while keeping fish!

Welcome! Don't know if it contributed to their demise, but cories do generally like life better in groups of 6 or more, same species. And don't worry, we all get rough patches like that at some point while keeping fish!
Click to expand...

That's why I bought a whole school of them when I first got the corys. The weird thing was that none of the fish passed away in large droves. It was always just one and then 3-4 weeks later, another. And when I lost about 3 corys, I went and bought replacements to keep them around 6 in number and they started falling again. The Albino is one of the first corys I bought (probably 3 months into having the tank) and he's the only Cory still standing. I'm flumoxed.

Well, spunds like you are getting through it! Sometimes we realize why things happen, sometimes we don't...and sometimes we figure it put years down the line! Fish keeping is like life like that!!

What temp are you keeping your tank at? I have the exact same tank and had to upgrade to a slightly higher flow filter because of dead spots. I also went through the loss of a few fish with that tank. I dosed primafix and melafix without the carbon in my filter and everything seemed to straighten out. Not really sure just throwing out ideas.

What temp are you keeping your tank at? I have the exact same tank and had to upgrade to a slightly higher flow filter because of dead spots. I also went through the loss of a few fish with that tank. I dosed primafix and melafix without the carbon in my filter and everything seemed to straighten out. Not really sure just throwing out ideas.
Click to expand...

When one of the shops suggested the potential parasite, we dosed with PraziPro. That was just a shot in the dark when we lost one of the loaches. I'm trying to remember the order of fish deaths. I probably should have taken better notes, haha. 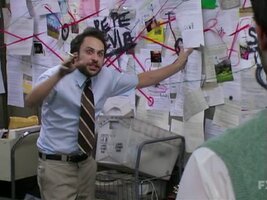 For most of those 80 is at the top of their limit. It could have been stressing them to be that warm.

For most of those 80 is at the top of their limit. It could have been stressing them to be that warm.
Click to expand...

I would probably keep it at about 77-78. All of the fish on your list are comfortable at that temp.
You must log in or register to reply here.

1 of my corydoras unexpectedly passed away, will the older ones notice the replacement ?

Introducing myself and seeking advice about corydoras