I bought a Rubber Lip Pleco at place that shall remain nameless today. I'm so irritated because I should have said something about the way that the store associate was handling the fish. But I didn't and now I got him home and in the tank and he looks horrible. He has turned almost fully white and has barely moved from the place he went to at the bottom of the tank. He's still breathing and every so often will flick his tail or some small movement. But corys will go right to him and he doesn't move. He doesn't seem to have gotten worse, but doesn't seem to be getting any better. It's been about an hour and a half now. 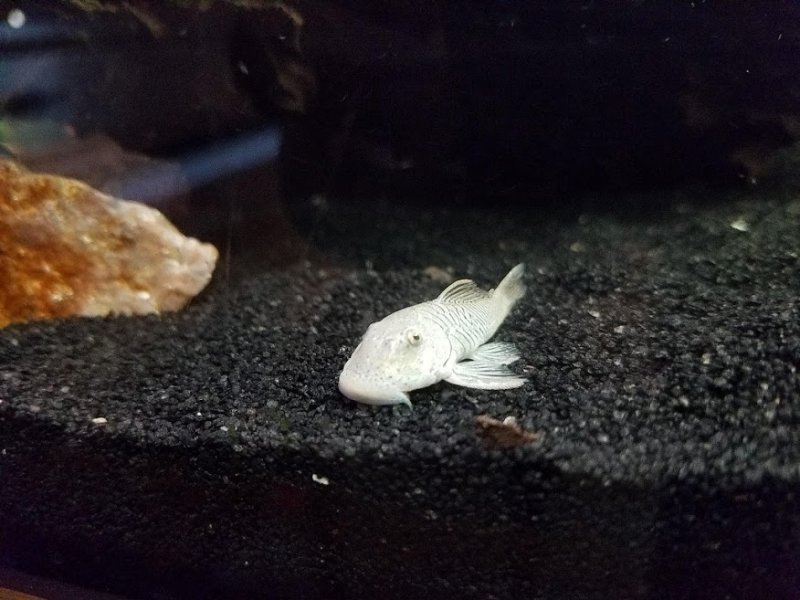 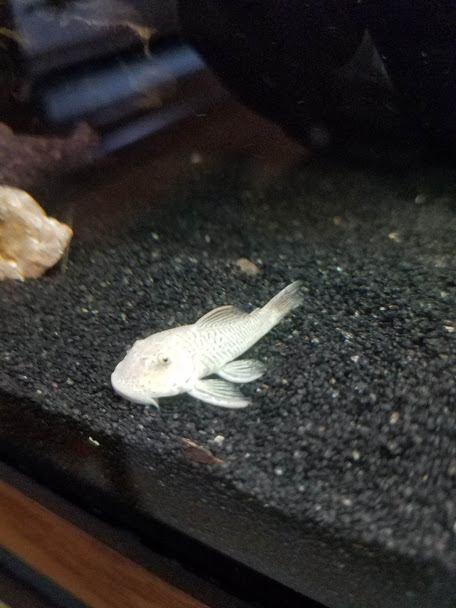 It's pretty stressful for fish to be captured, bagged and transferred to a new tank with possibly very different parameters. How did you acclimate him? For now I would turn the lights off and give him some time to settle in, then
see. Hopefully he just needs a little time.

Always keep those lights off when adding a new fish. I keep mine off at least a few hours. Just leave your fish be. The more he's left alone the less stressed he'll be.
OP

Yeah, it is stressful. Plus the associate basically pushed him up the glass with the net while he was still attached. Why didn't I say anything!??!

My tank's parameters are very good. I just acclimated a brand new GBR yesterday, so I she's kind of my barometer for the tank to be good (besides my API Master Test Kit, of course).

To acclimate, I did my typical process, which involves floating the bag for 15 minutes, then combining some tank water with the bag water for 10 minutes, then repeat, then let it loose in the tank.

I did turn the lights out. That was a great suggestion that I totally wasn't even thinking about.
OP

deadhead said:
Always keep those lights off when adding a new fish. I keep mine off at least a few hours. Just leave your fish be. The more he's left alone the less stressed he'll be.
Click to expand...

Funny thing is, I have never done that before! Totally get it and am surprised that it never occurred to me....I guess you learn something new every day.

I'd spend a lot more than 10 minutes combining the water in the bag to the tank's water. Personally, I keep them in their bag at least 1 hour. I check the PH in both to see how big a difference there is. Using a test tube I add tank water to the bag a little at a time. I also make a few trips to the sink (avoiding bright room lights as well as tank lights) to dump around half the water. After an hour the fish are hovering in the middle of the bag and their gills slow down to normal. An hour might sound like too long a time and maybe it is but 10 minutes isn't much of an adjustment. It seems most people use a half hour. I've experienced buying a fish that I felt was handled roughly while being caught and it does **** you off.
OP

I get you...it's typically 15 minutes floating, add some water, 10 minutes with some combined water, then another add of water, and another 10 minutes to slowly and gently put them in fully. With touchier fish, I'll usually do at least a 3rd iteration of adding water.

Point taken with your process and i think I'll do that add a little at a time approach a with smaller amounts added and shorter increments. Again the lights off is a new concept to me, crazy as it sounds.

It's a work in progress. I'm only a few months removed from the ol' 10 minutes float n dump method. This is the closest I've ever come to losing a fish right off the bat. But anything I can do to make it an easier transition, I'm all for.

In the meantime, he is still alive and it appears his color is slowly getting better (though it's hard to tell with the lights off). He is moving a little. Hopefullly, he'll pull through.

Many lessons learned here. Hopefully not in vain.

The store is a chain pet shop i hate those. fish are so mistreated
S

How is your new fish going?
OP

He has pulled through and doing really well!! We discovered him on the glass of the tank this morning and he has been on the glass eating all day! Really fantastic turnaround!! I have never seen a fish pull through looking that white and colorless.

Here's a picture of the little guy. Try to look past the dirty glass. I constantly battle trying to keep the glass clean in that corner. 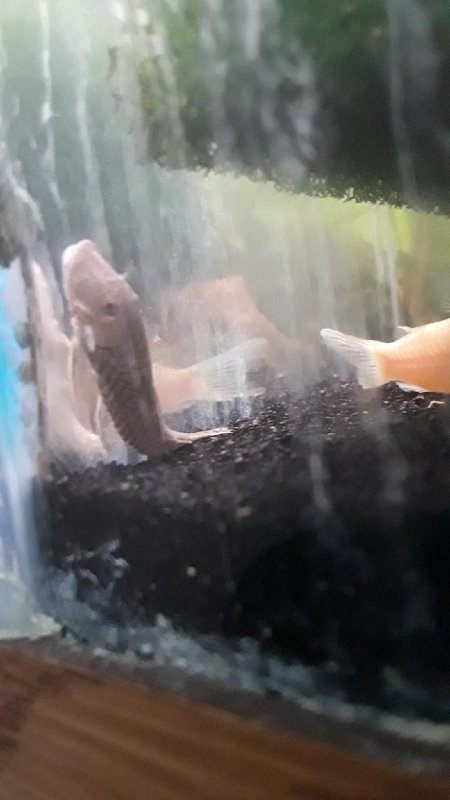