This tank has been in the family for a while. My dad had it before he met my mom (they met in 1978). When she first went to his apartment he had a tattered recliner, a TV dinner tray, and this tank

He died in 2012 while the tank was in my grandparent's basement (they had moved back in to help take care of them) and it stayed there till 2018 when I moved it up to Dallas because they were selling the house.

Saw it leaking this morning when I came down for work, it was probably ~1/2 gallon a minute leak. I drained it down till the leak stopped, which luckily the water was still pretty high. There is still a slow leak (probably a gallon a day) from the same seam.

We have a small tank (10 gallon) in my daughter's room that had 2 female betas that have since died. I'm wondering if I should try to keep the fish alive (2 silver dollars, comet goldfish, 2 cory cats, 4 nerite snails) in that tiny tank for the few days it will take to reseal the big tank? or will they just choke to death on their own waste in that time. I also have 2 spare air pumps that I can put in 5 gallon buckets for some of the fish. The silver dollars were purchased in 2000 or 2001 so I really want to keep them as stress free as possible 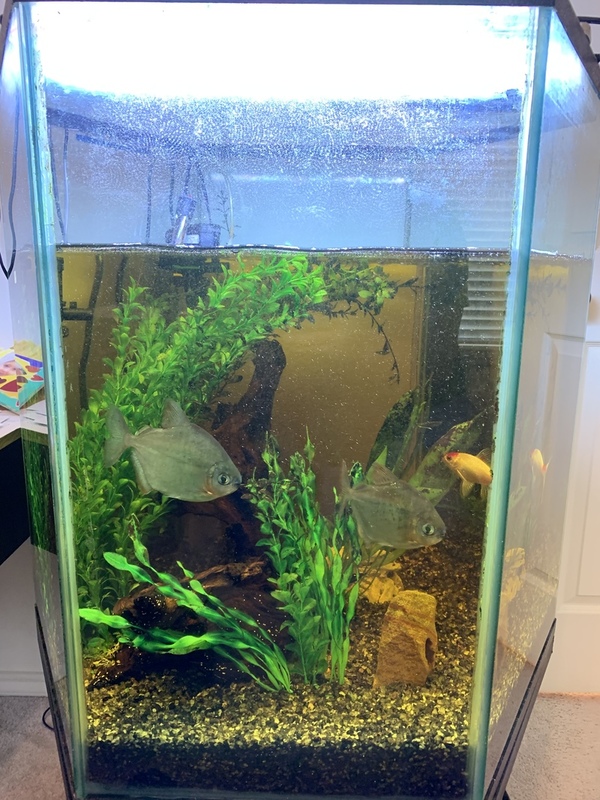 I would go for the upgrade.

I'd say yes, use the 10 gallon tank with a Secure lid. The lid is important as if the fish are more likely to jump when placed in new conditions. No matter how you figure it, you need a temp space for them. Use the filter of the old tank, add the air bubbler, make a water change daily