Need help with my gourami!

So a couple weeks ago one of my gouramis became severely bloated and was starting to pinecone. I tried to feed him peas, I tried Epsom salt baths for a few days, I did a course of prazipro and then a big water change to do a treatment of eSHa 2000. His bloat has gradually gone down but he is still bulging on one side and still had stringy poo. I started another course of prazipro yesterday just in case it was internal parasites that was still causing his bloat. Well today I thought he was starting to pass something again but it appears to be a spot with what I thought was stringy poo coming from the side that he is still bloated on. Does anybody have any ideas of what is happening? Is his fight over and would it just be kinder to euthanise him at this point? 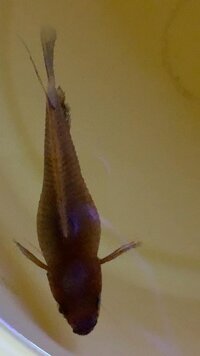 this was him 2 weeks ago 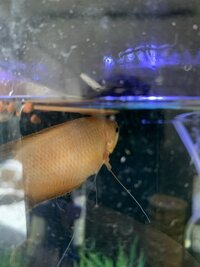 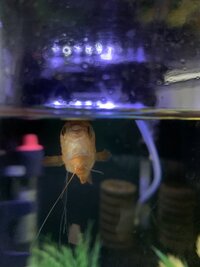 this is him now. His bloat has gone down but you can clearly see the lump and stringy stuff coming out the side of him.

I appreciate any advice as to what this could be. I feel bad keeping him like this but he’s also my favourite fish so want to try everything i can if possible before making the decision to euthanise.