Mysterious death of an Otocinclus catfish

Hello, I've had an Otocinclus catfish for a few months and he started to get lazy and listless after a while. I know this fish is supposed to be pretty active, so I knew this wasn't right. I posted a thread about this tryed people's suggestions but over time he just got more inactive. Until, it got so bad he could barely move. This went on for a few days until he died and we could remove him. I wanted to help but I didn't know how, and google wasn't telling me anything. So we just waited for his death The water quality is absolutely perfect for this fish so it isn't that. If you think you know what it might be, plz do tell. I would love to know for future reference. Thanks for reading.

It's been my experience that Otos aren't that easy to keep. Despite having a mature healthy tank, all my Oto's would linger on for a short while then just die.
The hard water in my area, with It's high PH, probably wasn't the best environment for them.
Maybe your situation is similar.

Yes it could perhaps be the hard water. I have very soft water and have had no problems keeping otocinclus.

Ottos are tough fish to keep. Yes could be hard water, lack of algae or some other thing. How big is your tank and how many did you have?

It appears to be luck of the draw... most are wild caught and starving once we get them.
A few years back I set up a planted shrimp tank and the only recommended shrimp safe fish were otos.
I had a tough time, some did not even make it through Quarantine. And then a few weeks later would lose one and then another. During research the most likely culprit is lack of food, even though we feed them its difficult for them to recognize it as food. Another theory is keepers were keeping their tanks too clean or not seasoned (tank age) not enough biofilm/algae. I then decided to stop cleaning the sides and back glass. It appeared to help but no real evidence. Just a theory. The best I could do was to keep a duo for 3 years.
edit: My water is medium hard ph7.6 from Lake Erie. 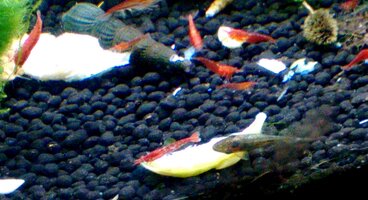 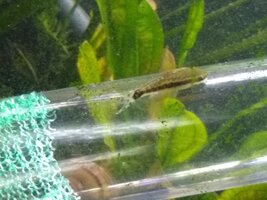 It sounds like it was a single otocinclus being kept. Stress caused from lack of opportunity to shoal could also have contributed along with other factors.
You must log in or register to reply here.

How To Regenerate Seachem Purigen