HI everyone I'm new to the Forum, but I've been reading archived posts on here for many months.

I got my three platys... two females, and one male after months of research. My tank had been cycling quite nicely and I was excited to start having platy babies.

On the 21st of this month (last Wednesday) my female platy was looking about like she was about to burst, so I put her in a floating birthing tank, and went to bed. The next morning she had six live fry and one dead fry at the bottom of the birthing tank. She gave birth to three more live fry before stopping. I removed her and the dead fry from the birthing tank, and moved the nine live fry into a smaller 1 gallon Nursery tank. The nursery tank uses gravity filtration, and has an AirStone and heater in it.

The water in the nursery tank is the exact same water from the main tank. I lost one fry during the move, but everything else seemed great until this morning.

This morning during feeding I've discovered four of the remaining eight fry had died. Two looked like they passed early in the night and we're already starting to decompose, while the other two looked like they had recently passed. I tested my water parameters and everything is perfect... No issues.

In other news, the female who gave birth to the fry still looks incredibly swollen like she's due any day. It's been 5 days since she gave birth, and I've been monitoring the tank almost constantly with no new fry additions. Is it possible she is still very much pregnant? I'll try and upload photos of her and the remaining fry.

Thank you so much in advance for your help! 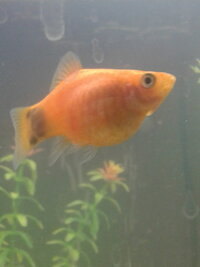 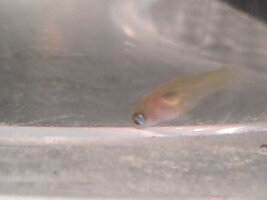 With livebearers I have never had luck moving fry from the big tank. I had greater success with just having an area of the tank densely planted with either live or fake plants to give them a hiding spot.

What is gravity filtration?

Can you list exact water parameters from the fry tank? Saying they're perfect doesn't help us, as our definitions may be different.

The floating birthing tank may be very stressful to the female. I'd either let her give birth in the main tank or the nursery tank.

I agree - its best to leave the fry in the regular tank and let nature take its course. Moving them and or moving the female to another area causes too much stress. Make sure you provide lots of hiding spots for the fry - Javas moss works really well at that. Platy adults ( as well as many other fish ) do eat the babies so that's why its necessary to have lots of hiding areas.

Also listing your water parameters such as Ammonia/Nitrite/Nitrate/temps and how long its been cycled for will be helpful.

What is gravity filtration?

Can you list exact water parameters from the fry tank? Saying they're perfect doesn't help us, as our definitions may be different.

The floating birthing tank may be very stressful to the female. I'd either let her give birth in the main tank or the nursery tank.
Click to expand...


Gravity filtration: when you pour too much water in the tank, and the excess flows out the overflow in the back by way of the mesh holes in the bottom. Its for bettas, but since I'm moving in a month, I didn't want to buy another big glass tank until after the move.

So is there any actual water movement when you're not pouring water into the tank?

What about ammonia? That would be more likely to be the culprit.

Its marketed for bettas but is unsuitable for any living creature.

So is there any actual water movement when you're not pouring water into the tank?
Click to expand...

I have a sponge filter filtering and creating movement in the tank.

Attached to an air pump? That's good then! But I would still be doing large, daily water changes on the tank. It's entirely possible there's ammonia in the tank killing the fry.