Like I mentioned in another thread, I had some Cherry Shrimp on the way.
I really wanted something that would help scavenge in two tanks with minimal bioload. Especially my Betta tank, where I have no bottom feeders. And a splash or red never hurt a tank

Not having a quarantine tank I was a little concerned. The local aquarium shop had told me a couple weeks ago their process for receiving shrimp. They treat/dose everyone in a bucket for Planaria before adding to their shrimp tank. Apparently they feel pretty strongly about this precaution. They are a well established shop after all.
I did email the seller, Buce Plant, and they only said they do their maintenance and it should not be a concern. Fine, I'll roll the dice.

Well, initial thoughts are I could not be happier.
These Cherries blow away what the LFS was selling. Twice the size and deeper red. And I got one more than I ordered, but one seems to have not made the journey. Evidenced by the shell and tail in one bag. Inflight meal I guess.

So I will keep a close eye on these shrimp for parasites. But the start seems promising

Acclimating for my 27g cube and my cube 10.
I had to do the knot method because my valves were not in yet. I really didn't expect these guys until the end of the week. But they were overnight shipped. 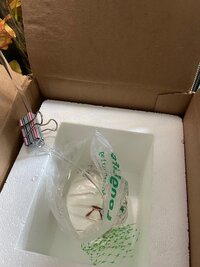 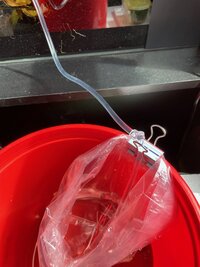 My Betta checking out his new tankmates. Acclimating for temp after I dripped.
Hmmm... 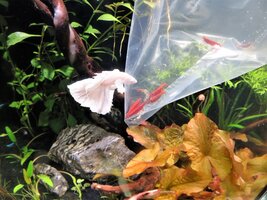 My old guy of the tank.
He's been in the 27g 2-3 weeks. Believe it or not he has doubled in size, but is skinny. This is his favorite spot, and he's still up there right now 30 minutes later as I type this, but the larger new shrimp has moved on and is exploring. 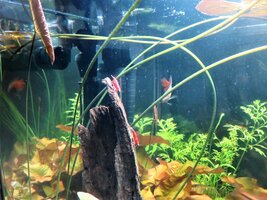 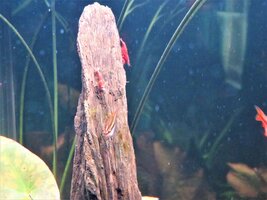 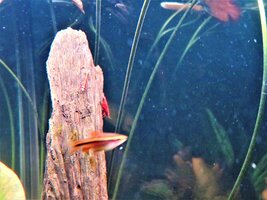 I also got some Alkalinity buffer in today. My dKH was 2.8 and everything I have researched says minimum of 3 or 4. So we'll see what happens there, too. It's supposed to be better for planted tanks anyway.

Thanks, FishPlanet .
Night and day difference from what I purchased locally for looks and size.
I was more than mildly surprised.
You must log in or register to reply here.

Meet my cherry shrimp!! And a question

A Beginners Guide To Plant Fertilizers