Building a little pond. Will have to heat if I want fish year round but may just run it seasonally (freezes 5-7 months a year here if you’re counting overnight temps). Anyway. Probably just a sponge filter when it’s done. Want lily/lotus plants for sure, not sure what else. Want small fish of some kind, suggestions? I’m thinking daisy or orange rice fish.

will be insulting the inside and probably teak oil on the wood. 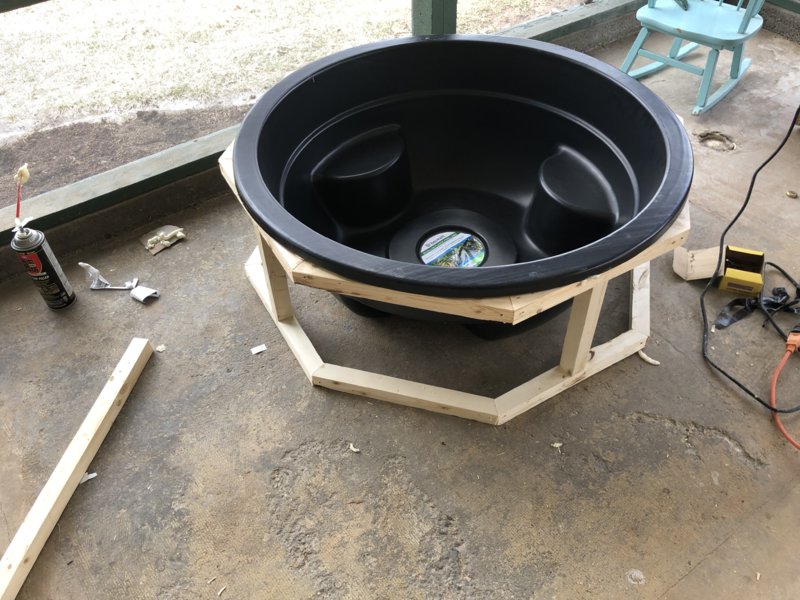 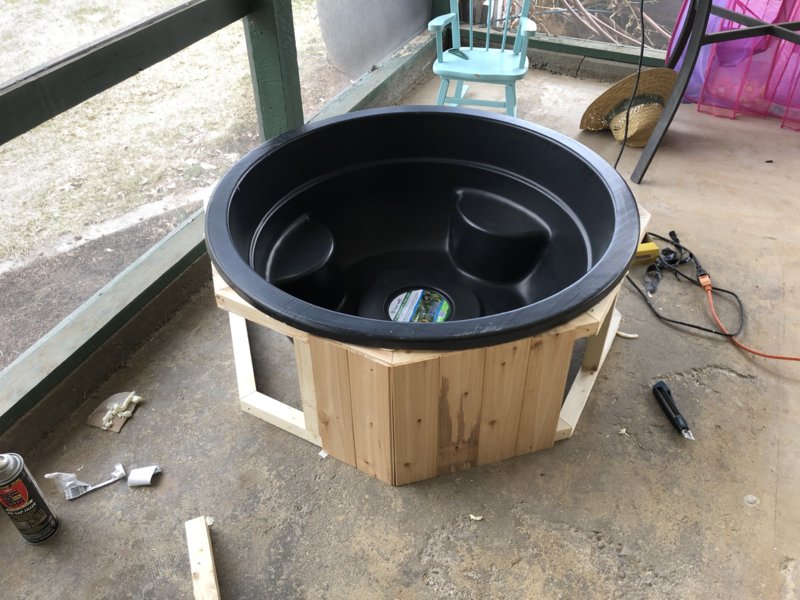 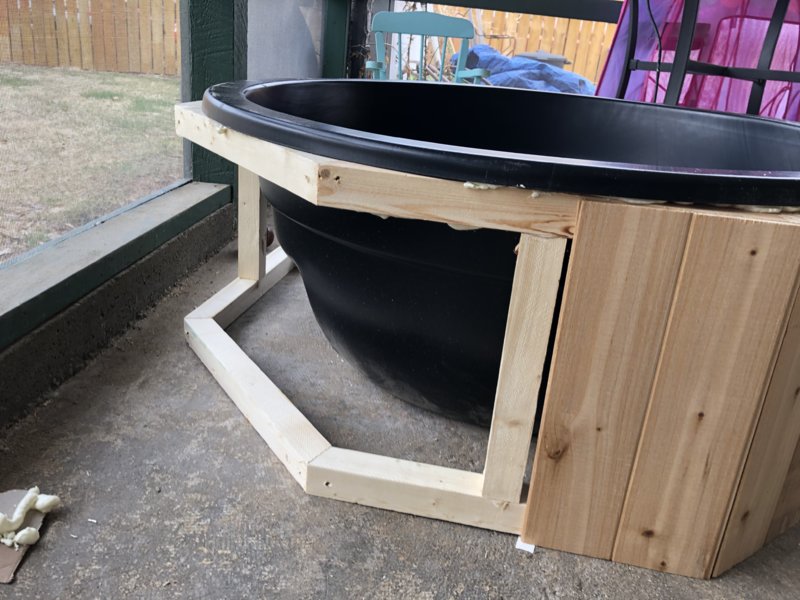 Looks like a great project you’ve got going, I look forward to seeing this one as it progresses
OP

Pretty much done, I’ve got it inside in hope the glue will actually cure (freakin freezing outside!!!). Probably made this more complicated than it needed to be, but I kept adding things and then having to add more to make those things that I added look presentable and so on and so on. 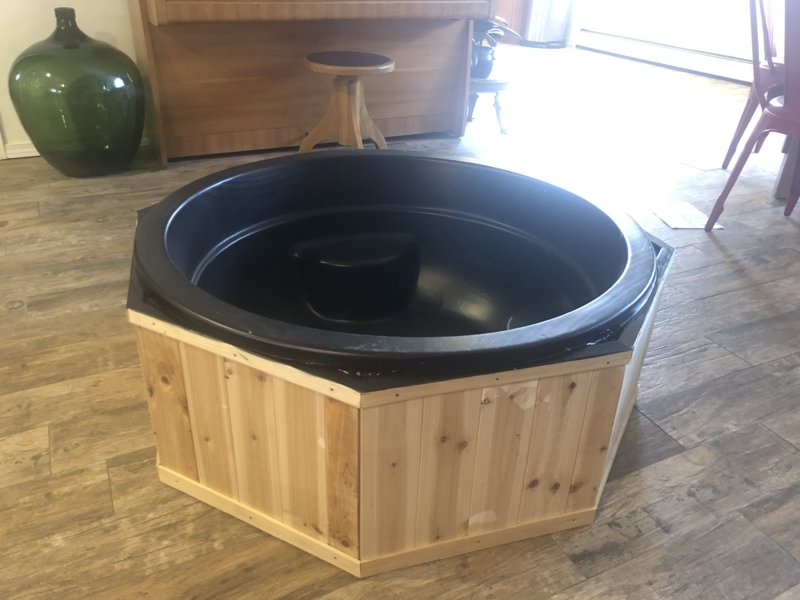 So, I decided to set this thing up today. Just running a sponge filter and a stock tank heater. It’s a pretty small heater but I tried the one I already had and within about an hour it already had the temp up above 70(think the thermostat in it is broken). Since I’m not looking to cook the fish, I went and bought a smaller one.

Right now stocking is 2 pearl scale goldfish, very young ones. YES I know this pond thing will be to small for them eventually, I already spoke with my local Fish store, and they promised they would take them back when that day comes, if I haven’t made a bigger pond by then that is.

Would appreciate any goldfish advice, I’ve only kept them once before, and that was indoors. My understanding is they can survive In very cold temperatures, and even when there’s ice on top of the water, as long as it’s not totally covered of course. Currently tempers about 60 in the pond but will likely fall at night, they should be ok yes??? 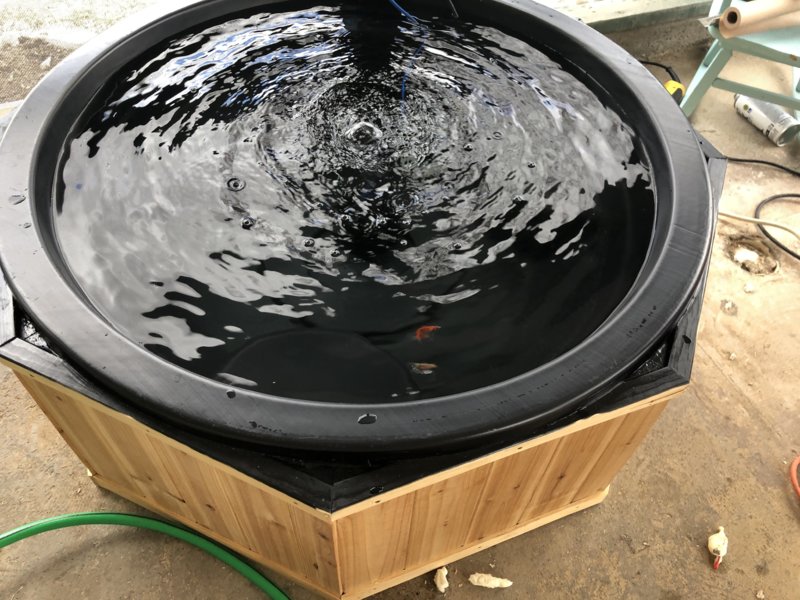 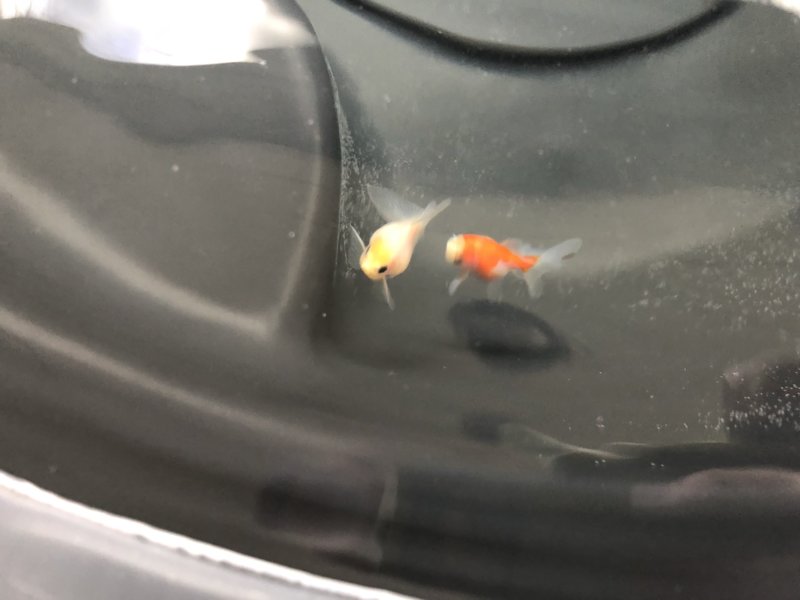 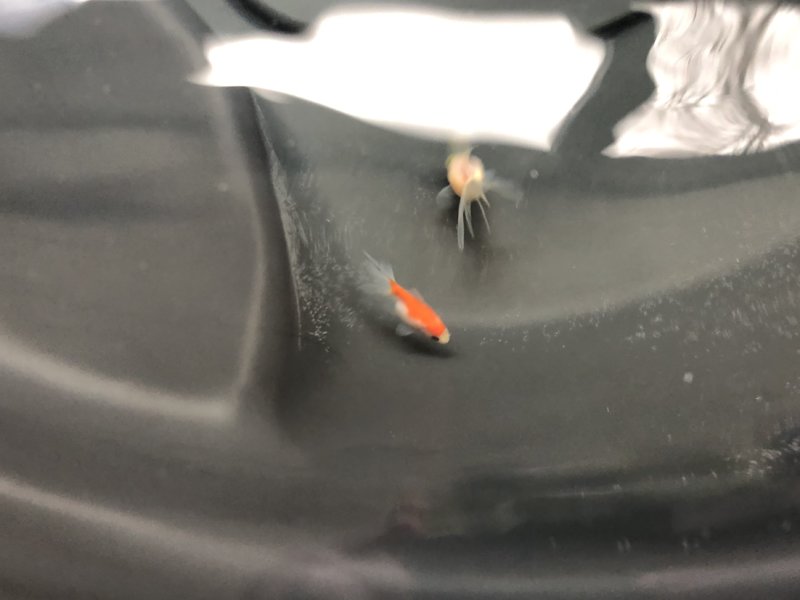 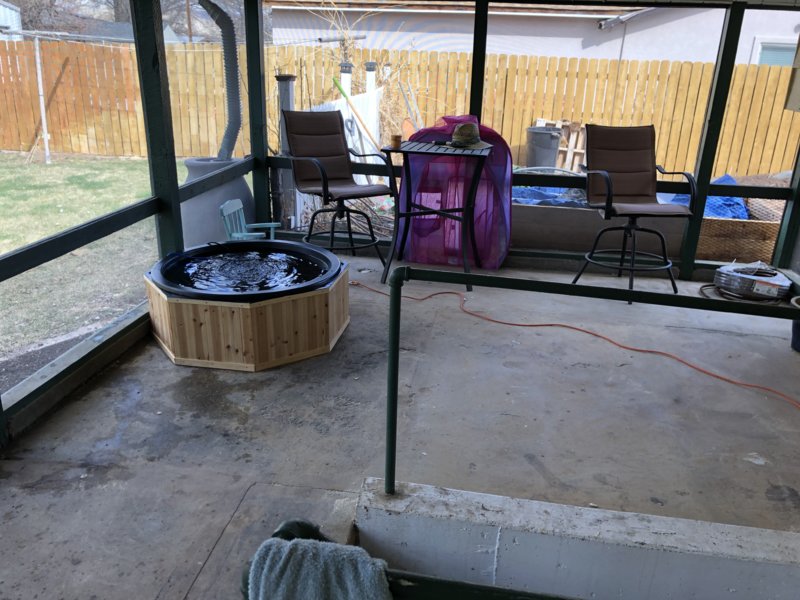 Still have an insulated this thing. Trying to decide the best way to do it while still living room to eventually hide the air pump and wiring. Think I will leave it for now but as fall gets closer I’ll probably flip it over and great stuff foam the bottom of the plastic liner.
OP 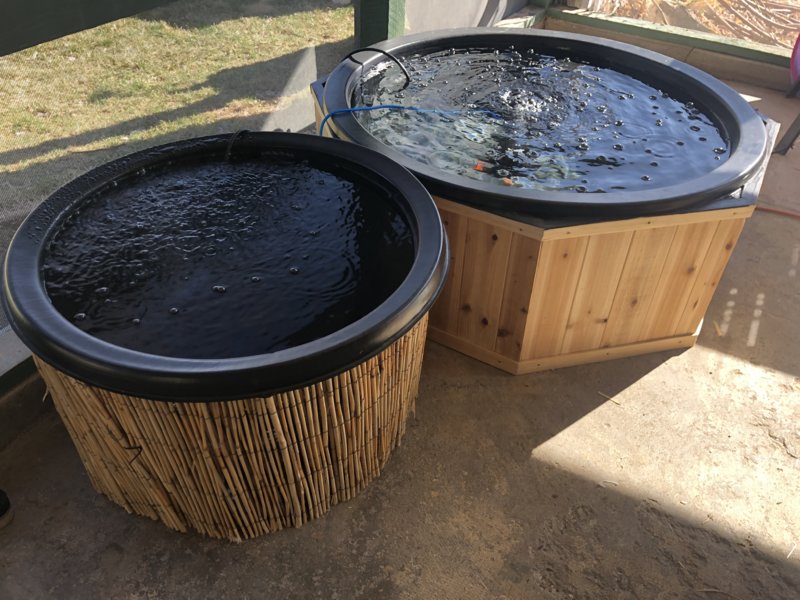 I have read that pearlscales shouldn't be exposed to water temps below 55, and I would keep their water a little warmer as they usually prefer temps from 65-72F. Anyways, the fish are very cute and the pond looks good! How big is it? Can't really tell from the pictures. 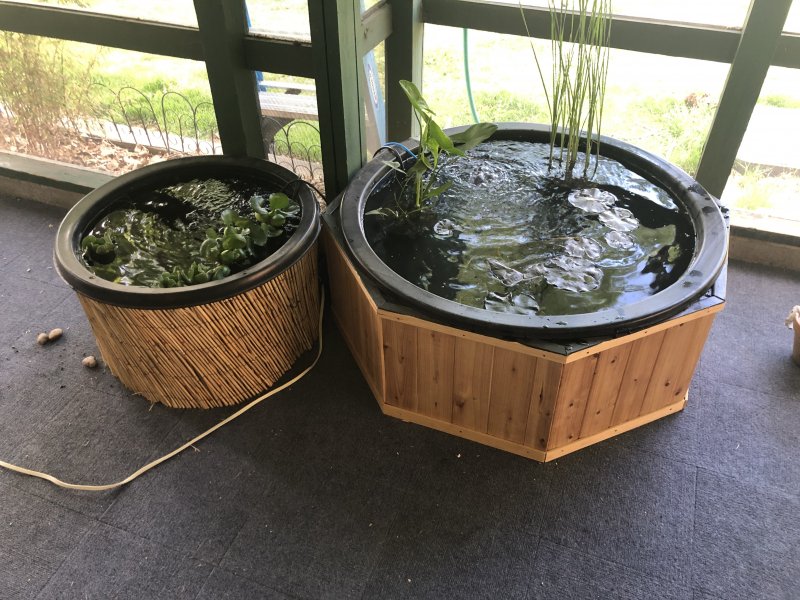 Looking good. As soon as I get past the freeze warning I need some water hyacinths.

Nice start! I've had bad experiences with unheated water gardens...up here in my native new england, my 15-20 gallon water gardens frequently fell into the 50's fahrenheit during the night even in summer, which was likely one of the reasons I have had consistent problems with water lilies (even hardy water lilies go dormant if temperatures are consistently below 60 degrees...tropicals and intersubgenerics need 70+, with some particularly finicky tropicals needing 80). I am using a 400 watt titanium aquarium heater for my 15 gallon water garden this year...maybe overkill, but it's definitely doing its job (water temps are holding at 72 currently, just as I set it to do).