My tank has been set up for 9 months now. The first months were rocky, it being my first tank and all, and then it stabilized. At some point it seems something got out of balance. I think this was around the 5 month mark, and since this time I have been fighting 2 forms of algae to some degree. Sometimes its worse, sometimes its better, but I have to clean the algae at least 2 times a week extensively so it doesn't overrun my plants, without ever being able to eradicate it completely. This means I never have my tank as pretty as I want it to be, but mostly it means spending 5+ hours cleaning the tank that shouldn't be necessary week in, week out.
I believe one type is black brush, which grows mostly on my amazon and crypto's leaves. The other is unclear. At the beginning I though it was hair or thread algae, but sometimes it takes a brighter green bordering on the color of blue green algae (bga).
I am planning on keeping this thread alive until the issue is completely resolved, so please ask me anything that is relevant. I will update the original post with the data so the thread stays current.

Update 5/7/18: It is now over a week after successfully using the blackout technique. The plants are back to normal after a brief period of confusin. The bga seems to have died and has been removed by me and the shrimp over the course of the last week. The black brush algae, however, has dwindled but not disappeared.

Latest update:
Results of the blackout 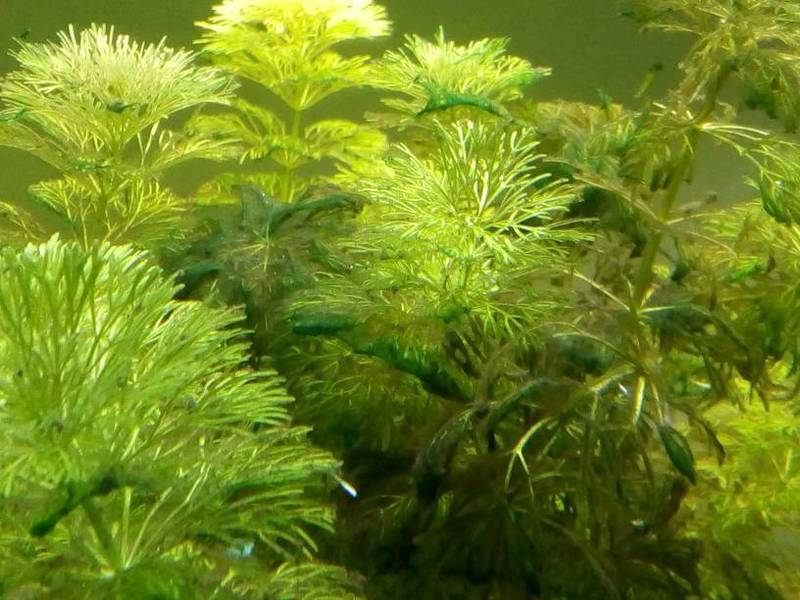 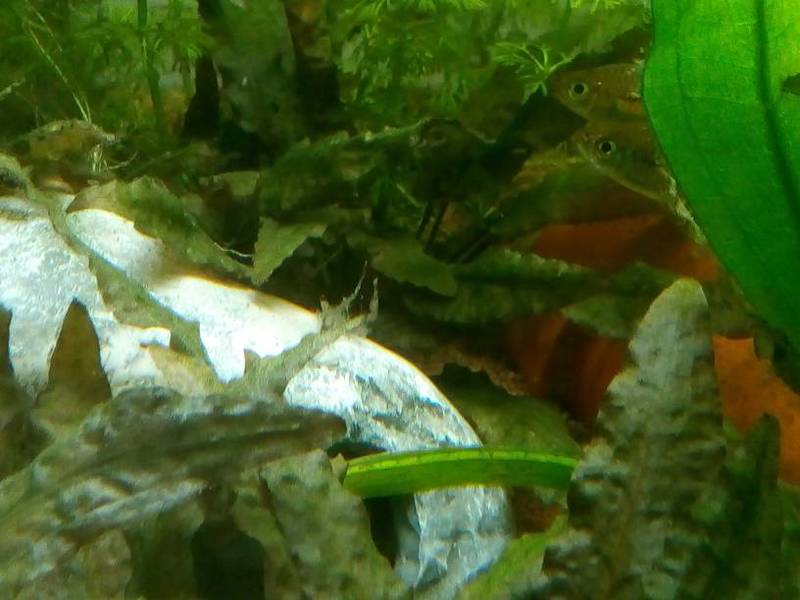 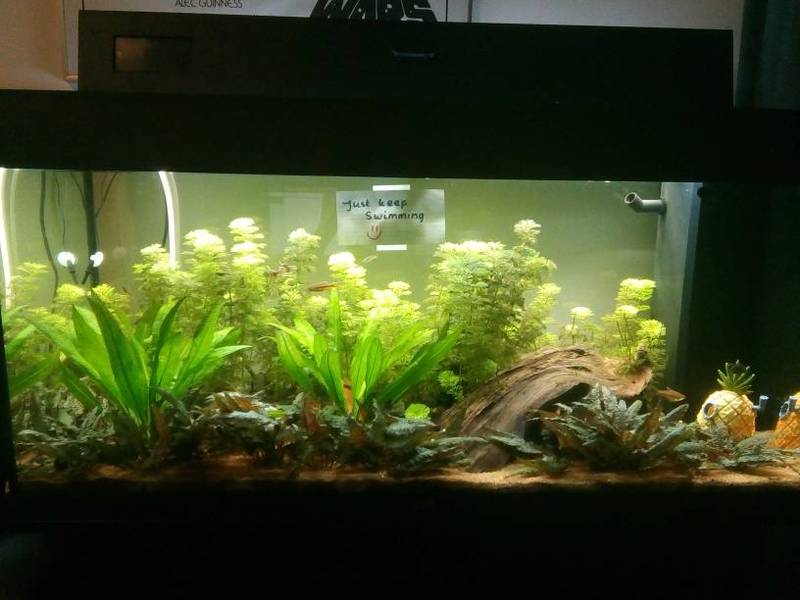 Have you tried a 3day black out?

I have heard this clears up lots of these issues. Seen it done on youtube

I heard Hydrogen peroxide can help with that. My best friends tank has some thick brown algae that is covering everything. 3ml/gallon not harmful to fish, but if you have any that are sensitive to water changes be careful and maybe under dose until they are adjusted. I’m planing on doing it to my friends tank when I see her again.

Apply HyP directly, using baster or a injection tool to not upset parameters of tank.

Agree with the blackout idea. Before I moderately planted my tank I had this issue and the blackout worked for me.

How heavily planted are you?

Greg F said:
Agree with the blackout idea. Before I moderately planted my tank I had this issue and the blackout worked for me.

My new photo should show more accurately how planted the tank is than using the terms "moderately" or "heavily" ever could. I never quite figured out where the boundaries were.

Izk.dayic.850 said:
Apply HyP directly, using baster or a injection tool to not upset parameters of tank.
Click to expand...

The problem with targeted is the same as why I cant remove it all by hand. I cant reach it all/cant find it all.

I have heard this clears up lots of these issues. Seen it done on youtube
Click to expand...

I have not, but I will! Will it harm the plants not to have food for a few days?

Thanks for the first round of suggestions/questions! Keep it coming!

Try the 4 day Blackout. i had the same issue and it worked beautifully.

I have recently tried a 4 day blackout, which helped a whole lot. One of the types of algae seems to have died out, but the other is still present. Any more tips that could help with black brush algae?

Crossocheilus Siamensis, if you have the room.

I have 10 Amano's, 5 oto's and 10 nerites as algae eaters and cleanup already, so I would like to avoid adding more fish or other creatures to solve this issue.

And also, what type of lights? And how long are those running daily? And ferts? Usually, if the plants can out grow the algae, many times with many different algaes end up disappearing

Besides the blackouts, hydrogen peroxide really works the best, IME. Ands BBA also thrives and is uhh...created (?) with the lack of CO2 as well. A cheap and easy DIY kit is follows: 1 long, (depending how deep your tanks is) very thin plastic tube you can purchase at a hardware store, Home Depot, or whatever there is in your part of the world etc.) a small insert funnel to place in side a spray bottle nozzle, and some aquarium tubing. Think you get the idea/picture.
You must log in or register to reply here.
Share:
Facebook Twitter Reddit Pinterest WhatsApp Email Link
Toggle Sidebar