Gender: Males have a gonopodium instead if an analfin, and are probably smaller, although the latter measure cannot be confirmed, as the size of a full grown male is not confirmed.

Notes: A rare, hardy and peaceful livebearer for the community aquarium – care of the Merry Widow in not unlike other livebearers (Such as the Platy, Xiphophorus maculatus) and it is certainty prolific like other Livebearers.

The two sexes should be kept separately to prevent them from breeding and over populating the tank. When breeding is desired, a ratio of 3 females to every 1 male should be maintained to prevent males fighting and females being overly harassed. 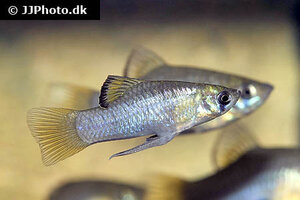 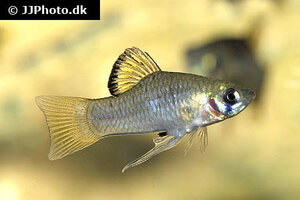 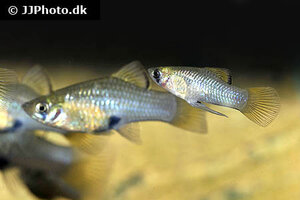 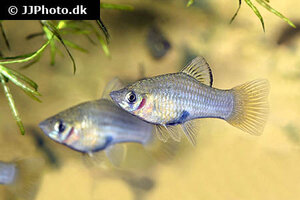