Alright, whenever I see my lfs get new products that I can potentially use I have to get it and test it out lol. So they had this small internal filter that is for 6.6g and smaller, its much smaller then the tetra whisper, lighter and less bulky.

it comes with one cartridge which isn't completely useless, its 3 in 1. similar to the aquaclear with the ammonia remover, sponge and carbon but all in one thing. I did remove the carbon so it wouldnt remove my ferts.

like with the Whisper Internal filter it comes with suction cups and a clip to attach it to the tank which doesn't work on rimmed tanks apparently but I don't feel like taking it off lol. I only need to use 2 out of the 4 suction cups to hold it in place because like I said it isn't a heavy filter.

you can also modify it easily, just replace the cartridge with whatever you prefer to use instead. doesn't have anything to cover the top so it is exposed 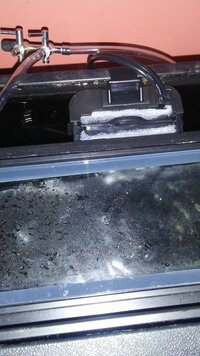 it is a surprisingly gentle filter, doesn't push my betta around, and does a good job at cleaning the water. also its extremely quiet. when I first plugged it in I thought it wasn't working because I literally didnt hear anything.

although it isn't the best with surface agitation because it is a gentle waterfall style filter. so I do recommend using an airstone or something to help with that but not a huge deal.

its great for fish who aren't the best swimmers because its really gentle especially for an internal filter, much more gentle then even the aquaclears surprisingly. 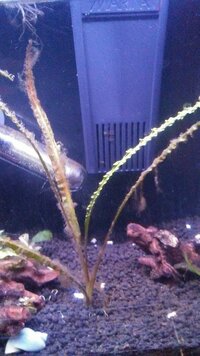 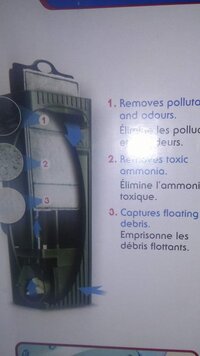 it also doesn't take up much room. its about as thick as my heater. maybe a bit bigger and is fairly short which is good but bad because it can get clogged easily since it is a small and compact filter. leaves a ton of swimming space which is always a good thing and can be problem with internal filters 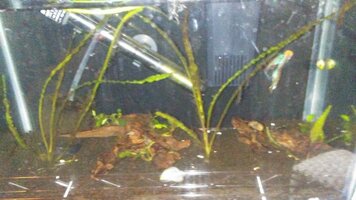 so overall I do recommend this filter for bettas or fish who like low flow in smaller tanks and if you can't get a sponge filter. I give it a 9/10 only because it can get clogged easily and isn't good for agitating the water surface. it was $21.99 which is affordable and decent price for my area at least.

Nice write up, thanks

I want to understand how HOB filter works.