Well I got up this morning to go out and feed the pond fish. Oh know!!! the pump stopped running during the night. All fish were at the top gasping for air. My biggest one was lying on her side almost dead. I scooped her up and quuickly took her in the house and put her in the 75 gal. tank with the two Oscars. They looked at her like "What the heck is that thing?"The poor thing is so crowded in there. By afternoon she is all better. Now I just have to figure out how to get her out of the tank to get her back out to the pond. I'll have to get my scuba gear out I guess.

First picture is when I first brought her in 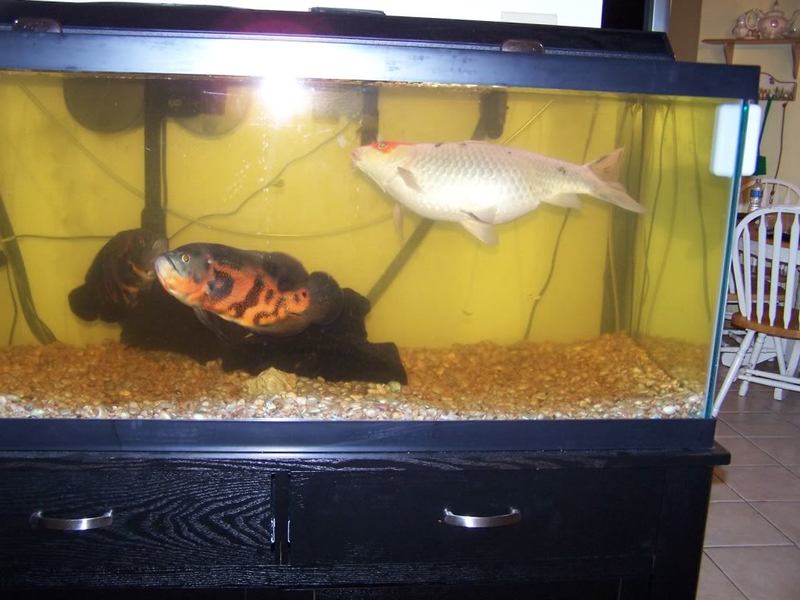 Second is when she is much better. 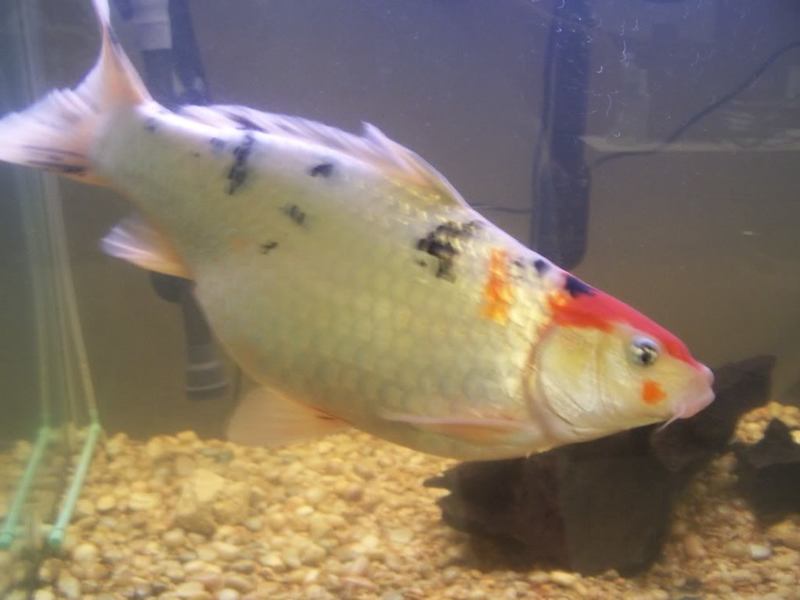 Oh, no! How do you acclimate such a big fish back into the pond?

LOL Very carefully. Actually I haven't figured that out yet.

Good thing you discovered her in time!

ha ha... I love the look on the oscar's faces!--what the heck is that thing doing in our tank??

Yeah but ya know animals can sence things. They kept following her around like they wanted to help her. They never tride to nip her or anything. That was my biggest fear when I put her in with them but I had to try cause I had to get her out of that pond.

Thanks all. I just put her back out in the pond. Her friends there all came around her to cuddle her. It was so cute.

that's a sad story with a happy ending. I hope everything goes well. Did you get the pump working again?

Yes we did. The other fish in the pond seem to be doing OK.

Hi whisper That is one big mama!!! Shes beautiful

How about put her in a water-filled shopping bag for acclimation? hehe

Well as it turned out I found a 20 gallon tupperware thing that I syphoned water from the tank into. Just a few inches so her mouth would be under the water. I got up on a chair and reached into the tank and got hold of her and lifted her out into the tupper.Then with help from my daughter-in-law we carried that out to the pond where I started slowly adding pond water. After about an hour I lifted her out and into the pond where her friends greeted her and seemed glad she was back all in one piece. Happy ending thanks goodness. I just wish I could have weighed her.

Well... you could have while she was in the tupperware box. lol--might have been heavy though. Weigh the box with the fish, then weigh without and there you are. Little late now that she is back in the pond though. Glad it went well

Yes I thought of that but I was in a hurry to get her out of the tank because she was really stressing out. Banging against the tank glass and everything in it.

Unfortunately she just died about a month ago from being egg bound. That's why she looks so big. I had suspected this for about a year but there was nothing I could do to help her. I did an autopsy on her and she was full of brown rotted eggs.