150 Gallon Tank Issues with my toadstool

Member
Had my toadstool since it was a frag, about 2years, and it’s always been the toughest guy in the tank. Despite all my fumbling in the beginning it has just kept on growing and stayed strong.

I’ve added rock after rock as it has grown and now that I finally appear to have everything dialed in it is starting to show to spots of what looks like rot. The only difference in the last 2 months is that I added a small reactor to the sump to help with a nitrate spike that occurred 3 weeks ago. During that time the willow looked perfect and grew a little, so I’m pretty sure that it isn’t what caused it.

The trunk is developing a ridge that might indicate a split forming... but that quarter size section doesn’t look good, and along the ridge it looks like a seam is forming along the edge of the mushroom. I know that they are supposed to close up when they shed, but mine is like clockwork, closes and shrinks at night and opens big and wide just after the midday lights kick on. It’s never closed for any amount of time from that time table.

Any ideas? Should I cut that part off when it goes to sleep? 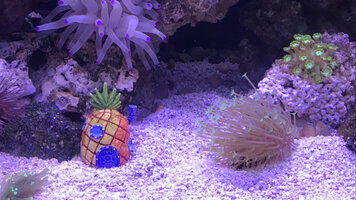 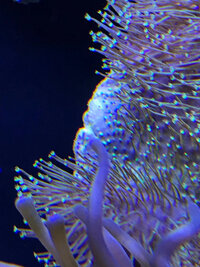 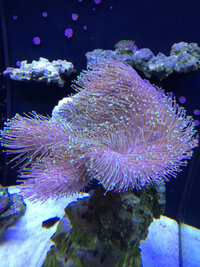 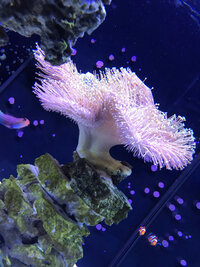 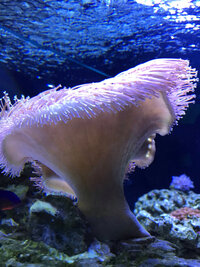 Member
Also, I changed out 30 gallons on Friday when I first noticed the spot forming. I thought that it would perk back up, but no, so that is why I turned here.

Member
Splitting or rot? Today I was able to get a better shot of the seam that is opening up. The green coloration worries me and makes me think rot, 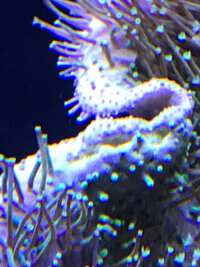 but it does line up with the ridge that is underneath so I can see that possibly being a split... 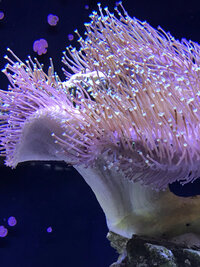 either way it is much smaller today, I’m tempted to just frag that section, thoughts?

It has its own area, I’ve been pushing stuff over as it has been growing, no contact going on... 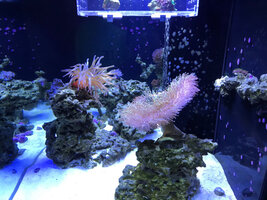 Member
Hard to see it clearly. Mine split and looked funny too. I’d wait a day or two and see what it looks like. If it doesn’t look good in a day or two I’d drag it out.

saltwater60 said:
Hard to see it clearly. Mine split and looked funny too. I’d wait a day or two and see what it looks like. If it doesn’t look good in a day or two I’d drag it out.
Click to expand...

I know, I can’t get a clear picture because the lights and my camera don’t get along. I’ll wait a couple of days... update either way. Thanks for your input.

Member
Anytime. I have the same trouble getting good photos of livestock. 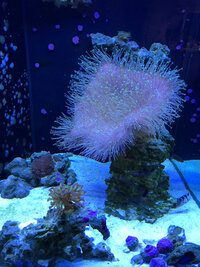 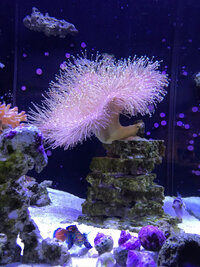 Doing much better now, not sure if it was just being moody or if the water changes did the trick, thought I would update... 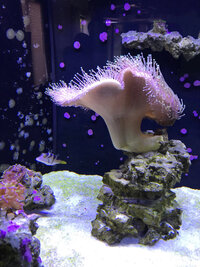