I had a betta in a 10 gal community tank with neon tetra, cycled before he went in, with live plants and a few decorations. We do weekly 1/4 to 1/3 water changes and have had him since February.

I noticed that his fins seemed ragged and curled and he liked to wrap himself around the thermometer. The water conditions were fine (0s across the board) although maybe I should have turned up the temp. The neons weren't nipping that I saw. The only thing I could think was that may be the filter was too strong or he had a case of fin rot. He was eating fine (in fact I think we were overfeeding him, separate issue I'm working on)

I got him a new 3.5 gallon tank and tried melafix to no avail. He did make a bubble nest but he's still hiding out either in the decor or behind the filter. Still eating ok. I'm stumped: does he just have weird fins?

Betta in February when we got him 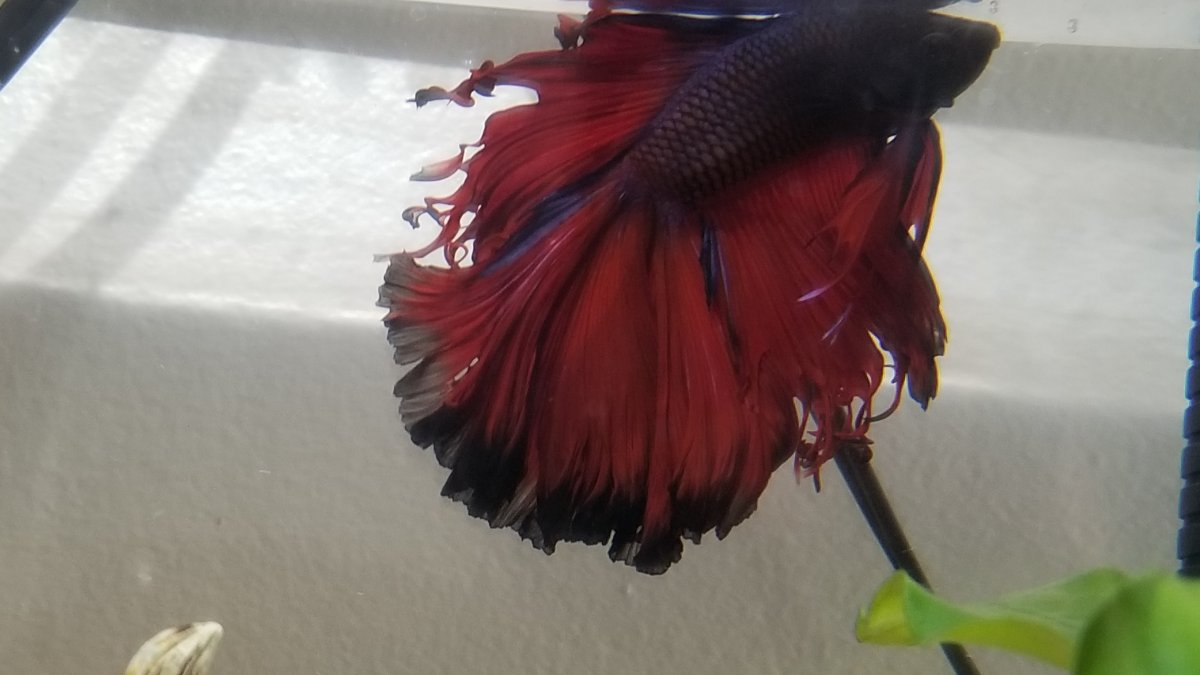 Ragged curly fins 6/14
He's also swimming oddly but I think that's bc of the overfeeding and he's getting the fasting plus a pea treatment currently.