Is there such thing as too much Vallisneria? 75 Gallon Tank

I kinda like the jungle effect and its the only thing my goldfish won't eat. And I need all the help I can get with my nitrates. Also my fish are all pretty tame, so I'd be terrified to trim the plants. Especially my weather loaches. I had a close call last time I was trimming the moss and Einstein plopped his cute little head between my scissor blades (mid snip!) and froze there, almost comically. I just about had a heart attack.

I also wanted to show how my aquarium's changed over the past 9 months. It really is my pride and joy. 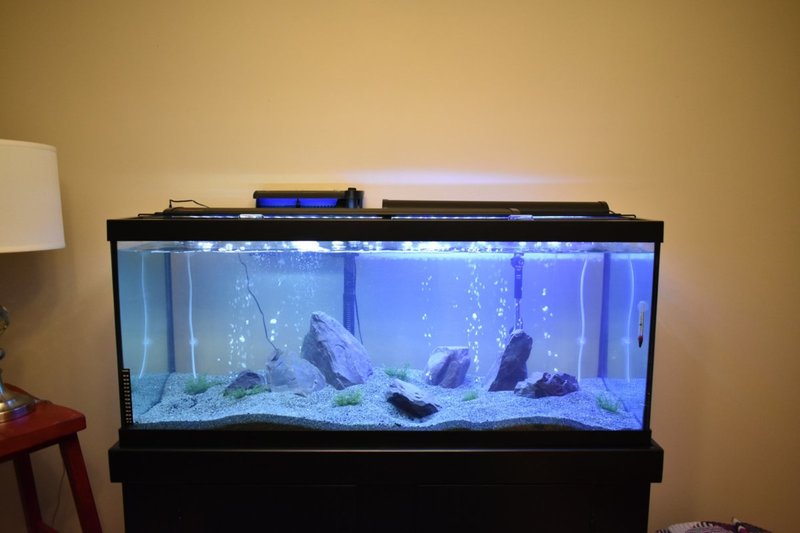 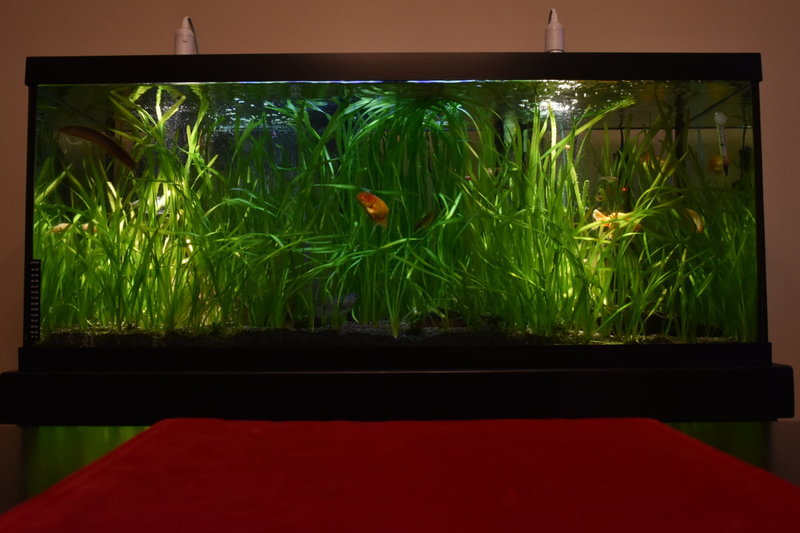 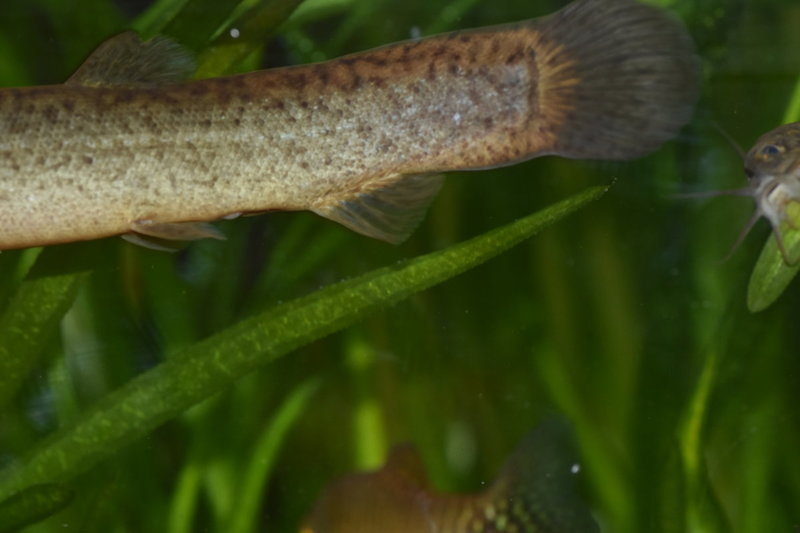 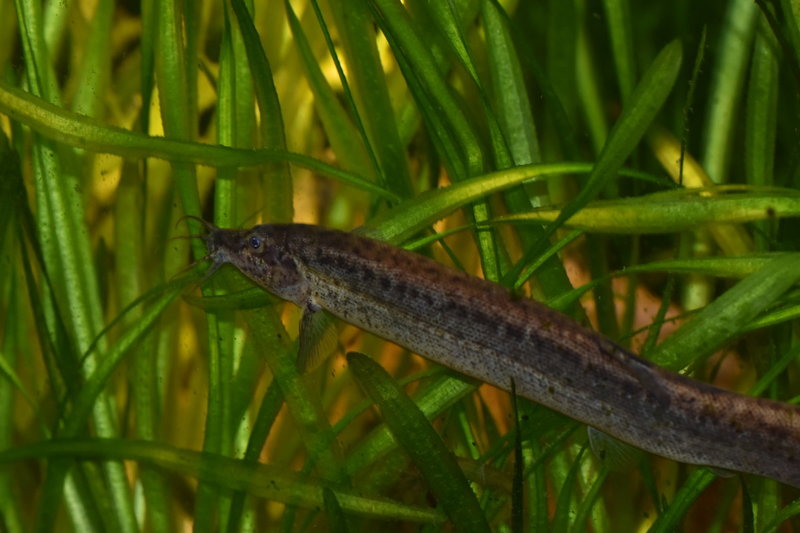 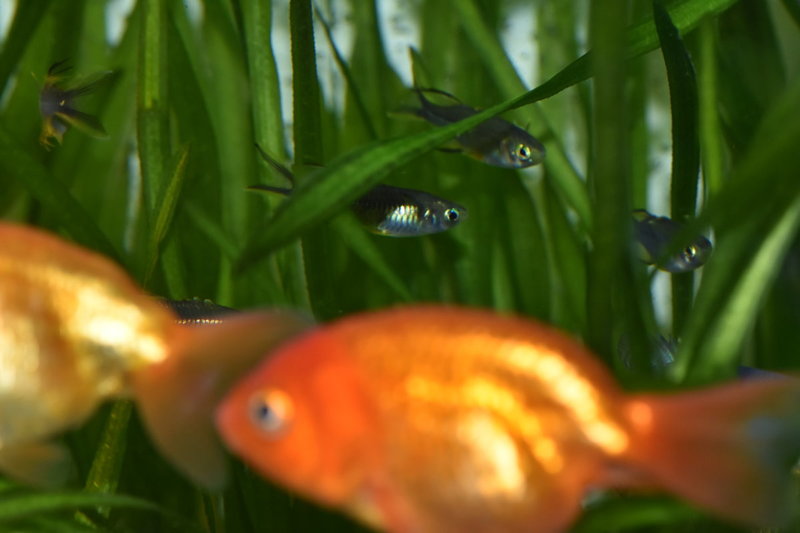 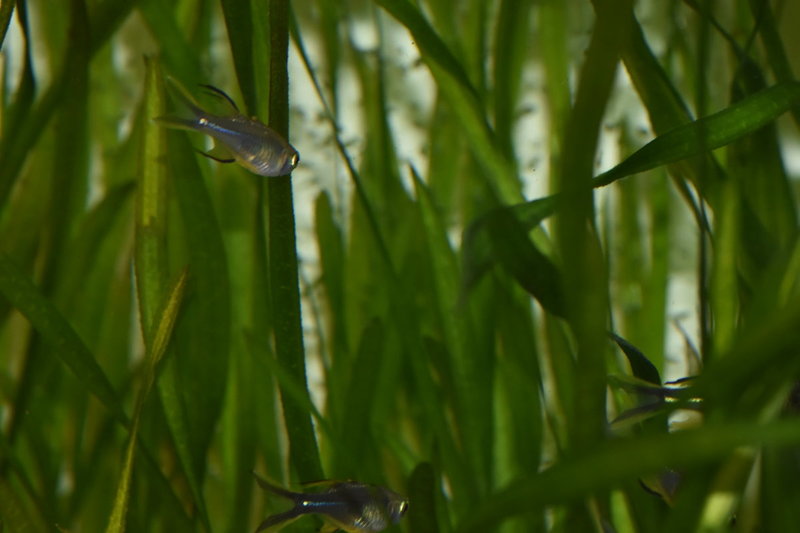 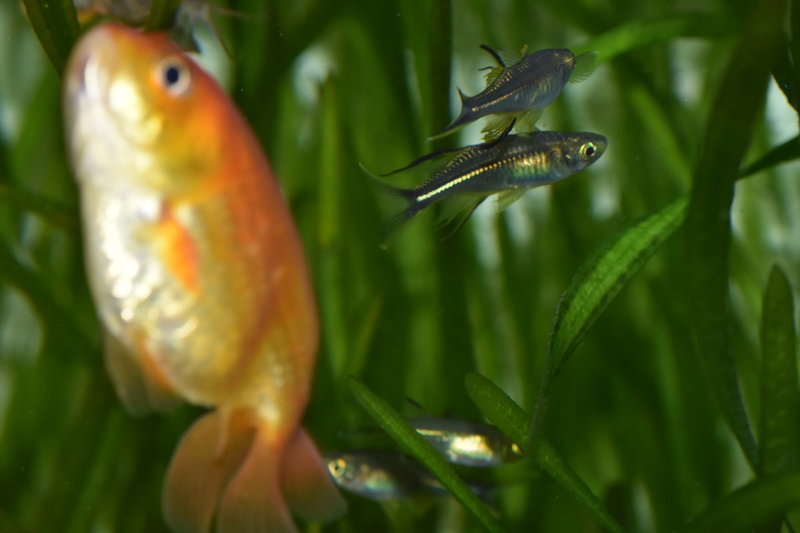 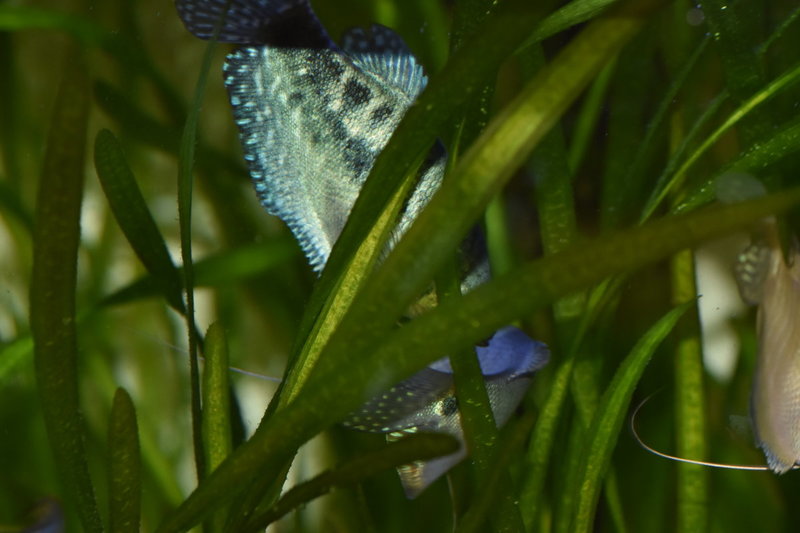 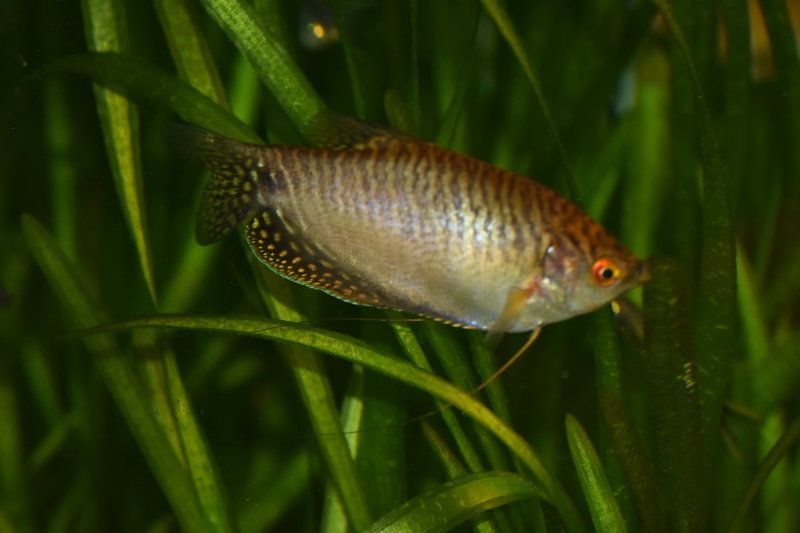 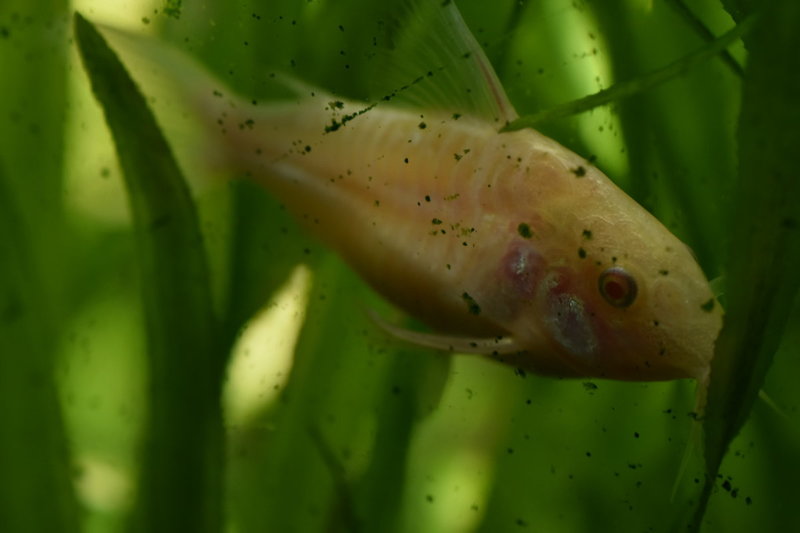 It might not be as symmetrical and simplistic as I'd originally imagined, but its got personality in heaps! I also wanted to thank toosie for all his help at the beginning. Your advice was greatly appreciated. Thanks so much!

What a transformation, good job! I say there is never too much vallisneria, your tank looks great! I bet your fish love all the mazes, territories and hidey spots the vals create. It's all up to the aquascaper, if you like jungle styles, roll with it!

You could try plants growing out the tank (emersed) for helping with nitrate control. Emersed plants have access to atmospheric co2, so grow quickly to use up nitrates through their roots. Goldfish can't eat the leaves above. I use Dracaena plants (lucky bamboo is the best growing), pothos and crotons with success.

I noticed the goldfish are mixed with tropical fish, I don't have anything to say because i'm not familiar with keeping goldfish, I've just not seen that before.

So the celebes rainbowfish have their optimal temp at 73 degrees fahrenheit and I kinda just got fish that could tolerate temperatures around there. That said, the goldfish have definitely been the hardest to work with. Its not their own health, but their general impact on the aquarium environment. If it isn't the toughest of plants they will gobble it up. Their nitrogen load is probably also quite significant. They will also try to eat the smaller fish if they are unhealthy. The first day I got my celebes rainbows it was a large batch of 17 fish. They had just arrived from far abroad and some were in rough shape. I'd tried to acclimate them but the second they hit the water a few of them went into something like a seizure. They recovered immediately...except for the ones that the goldfish got to. I lost 3 fish in the first three days but I've never lost a celebes rainbowfish since then. Now the rainbows are mature and the males are over an inch, so my goldfish can't try to eat them anymore. The three-spot gouramies don't notice any fish that aren't gouramies (they have a very complicated pecking order). There are six of them to diffuse the aggression of the alpha female. Its strange cuz the alpha isn't the global alpha of the tank. She is only alpha of the front end. The two dark chocolate three-spot gouramies own the back allies of the aquarium, where they usually spend their time. The dojo loaches and coris are just adorable and generally live to eat and look cute, although the loaches always have their own ideas about how my aquarium should look and they aren't too shy to move things themselves. The dojo loaches will also immediately swarm on my hand suck it clean if I put it into the tank.

I'll definitely consider bamboo, although my tank does have a CO2 system. There are some Anubias and Crypts in there but they have been completely overrun by Val. I'd like some more plant diversity and I don't see bamboo losing as easily. And I really do need all the help with nitrates I can get. All this salad and technology and my setup isn't anywhere near self sufficient. Has anyone ever achieved a truly self sufficient aquarium? I feel like I have too many fish and it is no longer possible for me.

I do have a self sufficient system, but it took a lot of research, a lot of trial and error, and a long time to achieve it. Science does NOT come easily to me lol. 90 gallon tank is 5 years old, 8 angelfish, 3 BN pleco's and babies, amano and bamboo shrimp, assasin snails. It involves more than just plants. It uses anaerobic bacteria as well to convert nitrates to nitrogen gas.

Holy cow, you actually got some annamox bacteria to grow? I thought that was near impossible in an aquarium that had any sort of water flow. How did you do it? I'd thrown in the towel on that one and was looking into areotolerant denitrifyng bacteria.

Swaggomancer said:
Holy ****, you actually got some annamox bacteria to grow? I thought that was near impossible in an aquarium that had any sort of water flow. How did you do it? I'd thrown in the towel on that one and was looking into areotolerant denitrifyng bacteria.
Click to expand...

I knew you'd ask lol. I'm not so prepared to explain it, I don't think I could explain it properly!

But I have a deep dirt bed in the tank. I can see under my tank on a metal stand and in between all the plant roots intertwining, there are small 'dead' spots with gas. If I poke the substrate, the gas is released and exits the water surface. No flow deep down in the dirt. It's certainly anaerobic, not anoxic, the only oxygen getting down there is via plant roots.