Is My Mandarin Goby Too Thin?!

My mandarin goby has been pretty thin ever since I bought him and I'm kinda worried.. hr never gets any fatter or thinner. But he eats frozen brine shrimp when I feed so I worry about that. I have seen little copepods on the glass, but I only ever see them for sure in one spot. Heres a picture, excuse the moss.
Looking back he mightve been a tad fatter when we bought him, particularly around the back of his head. 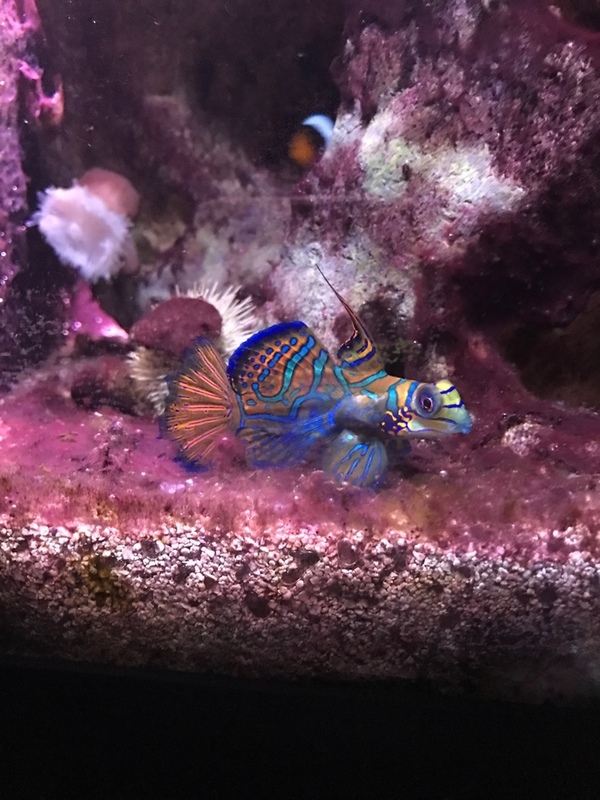 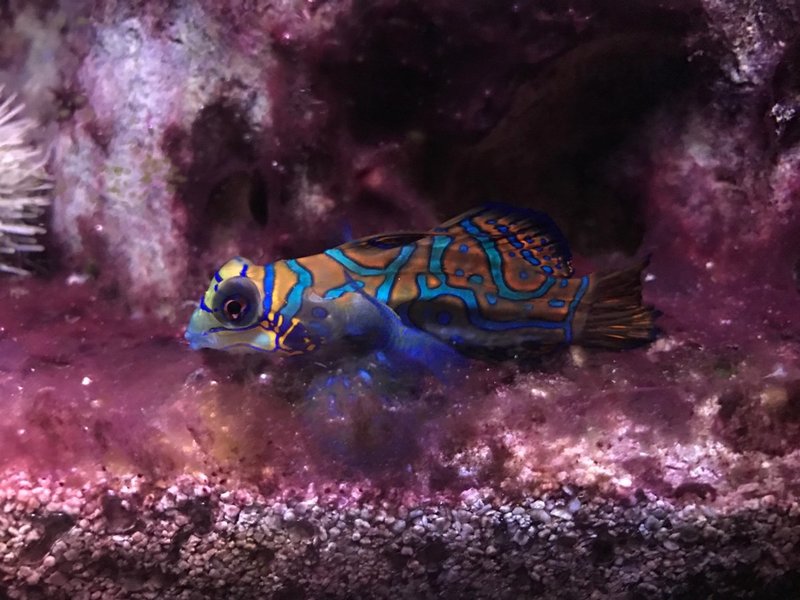 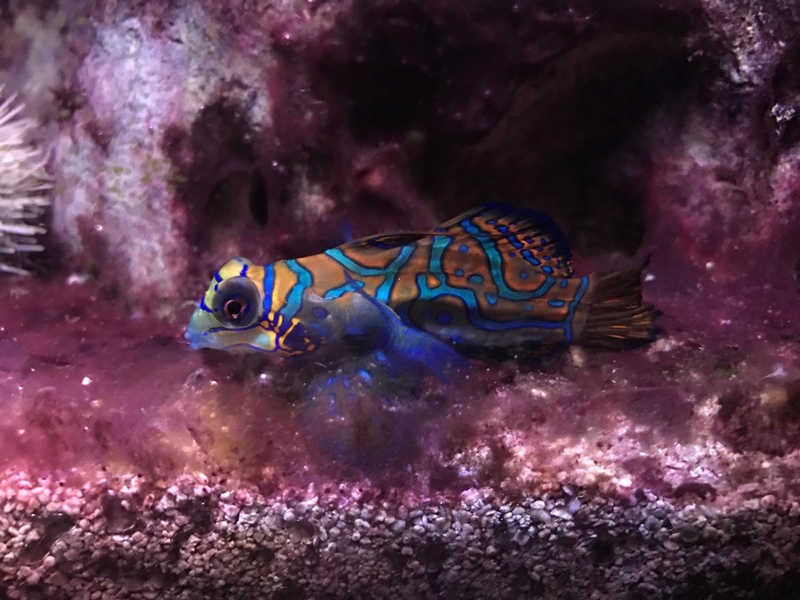 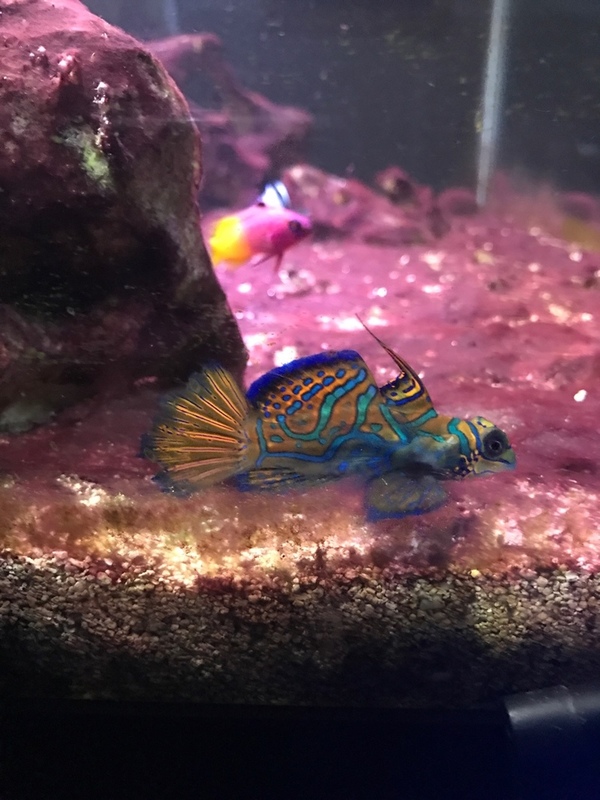 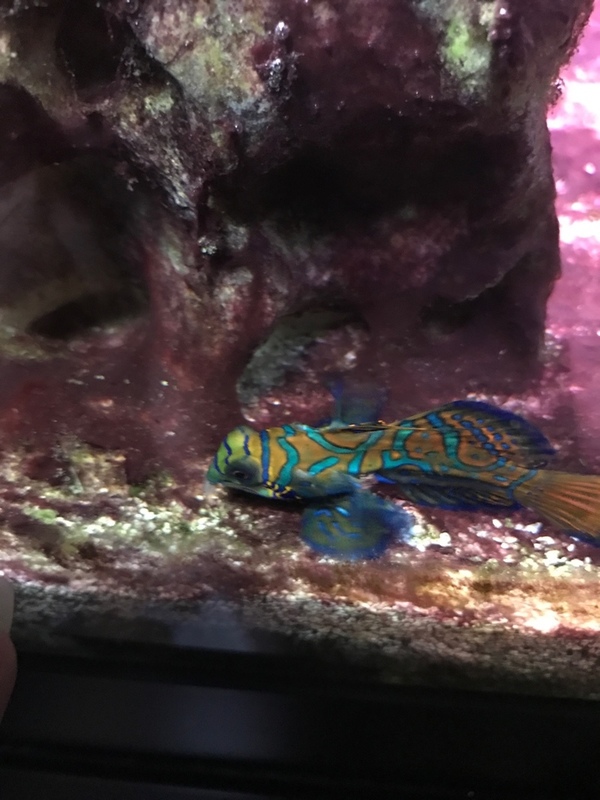 If I buy copepods and put them in multiple times (or how ever many times I need too) will that be enough to fatten him back up?

Were not sure what's up with his tail, I think its because of dangerously high salinity we've had in the past (i'm fixing it).
The reason I'm so unsure is because my family insists hes fine because he eats the frozen shrimp, but ive never seen him eat more than two in one feeding. My other fish are perfectly fine so I know its not a water issue (aside from salinity).
OP

He is way to thin. I would try getting him some mysis shrimp and some cyclops as well (frozen). You can buy copepods, but it will take awhile for them to breed enough for him to be able to eat enough to fatten back up. You are going to be looking at getting pods like every week if you go that route.
I will try to get you a pic of mine in a little bit if I can, he is very shy though. 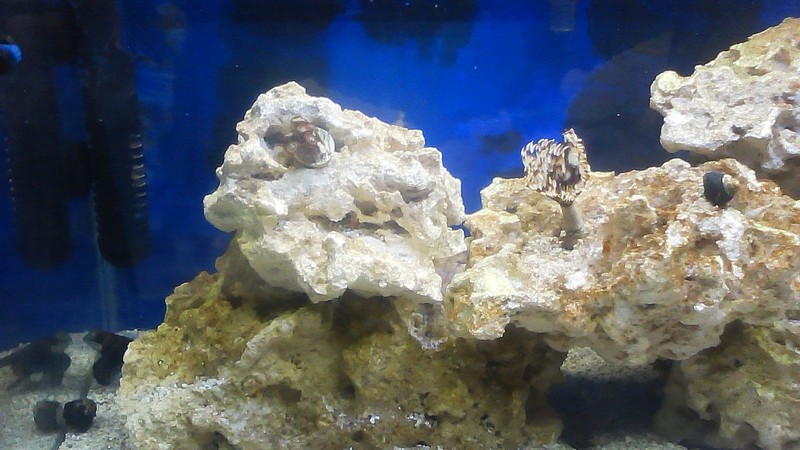 I know the pics are not that great, but it should give you a bit of an idea on how big he should be.
OP

APierce said:
I know the pics are not that great, but it should give you a bit of an idea on how big he should be.
Click to expand...

Oh gosh ill get some shrimp and stuff right away, I was hoping the copepods would be enough. But ill do whatever I have to get him healthy. I feed them frozen brine shrimp, and he may eat one per feeding. You think he'll eat mysis shrimp though?

APierce said:
Did the store say he was eating frozen foods when you got him? I bought mine already eating frozen foods. The mysis shrimp have to be fairly small for him to eat them, cyclops that is frozen is a copepod
Click to expand...

No, the fish store owner said my mandarin wouldn't eat them. He just started picking at them in my tank and now hes figured out he can eat them.
So with frozen cyclops and mysis I can just put them in like I do brine shrimp?

Looks like ill be getting my copepods from algae barn, but this is what I'm looking for, for cyclops correct?
San Francisco Bay Brand Cyclops 3.5oz (100g) Cube - Marine Depot
Sorry if these are silly questions I like to learn all I can