Is My Filter Providing Air As Well?

queenbetta said:
What is this gallon sale?
Click to expand...

It's awesome !! You can get alot of tank for your money.


babiimoore said:
is he a bristlenose or a common pleco?

a common actually needs a 100 gallons or more.
Click to expand...

If you could post a picture of your pleco, people here will help you identify what type it is and what you need to keep him.
I would say that if the pleco is a Bristlenose and still very small you have to do loads of water changes and that would give you a few weeks...

Take the pelco fish to your local pet's store and ask if they'll take him free, a mom and pop store should have no problem with it. Good luck with your Betta

i love how i asked about a filter issue and the majority of the peeps on comment on the pleco pack mentality in humans?

queenbetta said:
i love how i asked about a filter issue and the majority of the peeps on comment on the pleco pack mentality in humans?
Click to expand...

I think the problem is that no filtration is going to make up for the mess a pleco makes in such a small tank. In order to keep the water quality in check, you would need to do water changes daily. At minimum!

No one wants you to lose either of your fish. And that is why people are overly focused on your pleco. Its coming from a good place! I promise!!

Unfortunately, the statement made earlier is very true....if you don't upgrade or rehome him on your own...the issue will "correct itself" and you will likely lose both of your fish as a result. No one wants that to happen to you! Because clearly you love your fish!

I wish you the best!!

When my mom won a goldfish at the fair I let her borrow my pleco since she wanted her fish gill to have a friend named fin.
They had a filter and were living in a much larger 5 gallon tank, but even that was not enough to keep them alive, the water quality quickly went bad as plecos make huge messes, and with a tank that small water changes should be done daily if not twice daily.
With my two fish water quality deteriorated within a day, even if we didn't feed the fish for a day.
There was just too much bioload in too small of a tank and too much poop.

The fish only lasted a few weeks before they suddenly both died while my mom was in the shower.
They were both alive before and I was going up to do a water change for the day to find them both dead.
Plecos of any size need a 20 gallon or larger, even a 4in clown pleco should be in a 20-29 gallon if you plan on keeping it with anything.
They're wonderful fish, but they don't clean like most people think, and they often make your tank more messy than you want.
They poop a lot!
A snail is usually a better option for those who want a cleaner, or even shrimp, as you can have a bunch of shrimp in your little 3 gallon!

When fish are kept in small containers, they produce hormones that stops them from growing, it's their body telling them that they don't have enough room to get larger.
It's very important for a fish regardless of how small it is when you get it.

Could you post a picture like some of us asked?
I'd love to see your cute little pleco.

Where in canada do you live? I know there's a lot of fishloreans in canada, and a lot near canada who love plecos too.

queenbetta said:
i want to create a new thread 'monster pleco in your toy tank"
Click to expand...

As long as it doesn't become "dead monster pleco in your toy tank"!! haha

No but really, its great that you can make light of this and not get angry and defensive like many others will. But I highly suggest you take this all into consideration. I genuinely want you to succeed and am fearful that you are setting yourself up for failure!

NavyChief20 said:
So, airstones or bubblers of any kind in the tank that add bubbles are not adding air. The air bubbles you see are not coming out of solution in the water and oxygenating. The surface agitation it causes is where gas exchange is happening and oxygenation of the water column will happen. So for anyone who buys an airstone to add more air bubbles so their fish can breathe....thats not how it works.
Click to expand... 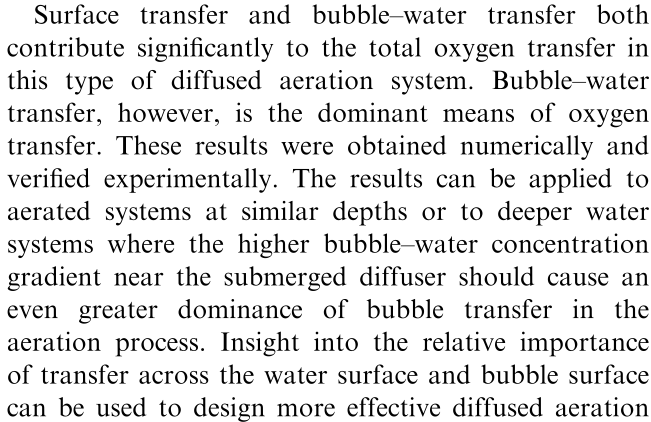 queenbetta said:
i want to create a new thread 'monster pleco in your toy tank"
Click to expand...

Lol you’d have 5 pages of why that won’t work by the end of the day. Unforunatly this happens a lot. Pet stores sell these monster fish when there babies to anybody. They put them in tanks with guppies and mollies and small fish. Newbies think that’s as big as they get and 2 months later there fish are dead. It’s great you came here now most show up as all there fish are dying. Nobody here is trying to insult you just keep you as a fish keeper. The betta community here is huge!!! I’d say close to 60%. So their will be lots of people here to answer your questions and hopefully keep that betta happy and of course you too. .

i think what you are saying is very true. i was watching a youtube video and the person making the video was was explaining that a person can buy a pleco from a fish store, bring him home to clean the algae, but then it dies... because the person doesn't realize it also has to be fed. basically if you go to a good pet store they will sell you a new pleco and a container of food while the ones that dont care will just sell you another pleco and not think twice. thus resulting in another dead pleco :S

There is insufficient depth in an aquarium for bubble transfer

NavyChief20 said:
There is insufficient depth in an aquarium for bubble transfer
Click to expand...

Show your math. Or perform an experiment.

I perform it daily at work. However its classified.

NavyChief20 said:
I perform it daily at work. However its classified.
Click to expand...

LOL. If it's classified why are there dozens of published studies on bubble aeration vs surface aeration?

Math isn't classified. You can use the formulas already published. No government has top secret aquarium aeration projects.

Also, please explain the results Aquarium Co-Op's experiment. Did he perform it incorrectly? Is he making stuff up? How would you correct the inadequacies in his experiment?

AvalancheDave said:
LOL. If it's classified why are there dozens of published studies on bubble aeration vs surface aeration?

Math isn't classified. You can use the formulas already published. No government has top secret aquarium aeration projects.

Also, please explain the results Aquarium Co-Op's experiment. Did he perform it incorrectly? Is he making stuff up? How would you correct the inadequacies in his experiment?
Click to expand...

Did he measure the oxygen content of the water before and after?

Didnt say it was an aquarium experiment

NavyChief20 said:
Did he measure the oxygen content of the water before and after?

Didnt say it was an aquarium experiment
Click to expand...

He used a dissolved oxygen meter to monitor in real time. I'm sure it was done in aquariums.

I also have a DO meter and in an aquarium, connecting an oxygen concentrator to an airstone will quickly increase oxygen saturation to over 300%. That 92% oxygen can't be coming from the atmosphere which is only 21%.
You must log in or register to reply here.
Share:
Facebook Twitter Reddit Pinterest WhatsApp Email Link
Toggle Sidebar