This is just in the planning stage now, and won't happen for at least a few months, but I would like to have the plan perfected before I get a chance to make it happen.
I have a small carnival goldfish, and this is a bad story, but I didn't know anything about goldfish care so he was in a tiny bowl.... for two years. Long story short, he got ammonia poisoning and I learned everything I was doing wrong, got a temporary ten, he grew another 2 1/2 inches during the first month he was in there, then three months later I moved him to a cycled 60. He was in there about two weeks then developed dropsy, so I QT'd him in a ten. However, he didn't grow anymore yet, but I'm still hoping!
So this may be a 200 gallon pond for a small 4.5 inch fish, but hopefully he does grow some more.
My basic plan is one of the plywood braced ones with a pond liner on the inside. What is the maximum weight these will support? I'm looking at either a 4×4 and 2 feet deep, or 8×2 that's 2 feet deep, but this may be a bit cramped. What would be the best way to build this, and which space would work better? Also, I'm open to more creative spacing suggestions, since this will end up being rather permanent. Also any plant/ substrate suggestions, or pond filter recommendations would be greatly appreciated!

Maybe it might be better to move to the pond section? I'm sure they might be able to answer better than any of us can? And good luck man!

Oh dang, my bad, thanks! I'll try to figure out how to move it, oops

It's good man. I wish you the best of luck!

I'm on mobile, and I can't figure it out, is it just the mods that can move them? If not, I'll get it later, and thanks for letting me know!

Thank you so much!

I think personally I would forego substrate and use pots to add plants to the pond. Different heights on the pots will give you different levels on the plants as well. In a 200 gallon pond, your goldfish might like to have a friend. They are social fish and another goldfish (possibly 2) might be nice for him.

Okay, thank you! That's a really neat idea, do you have any suggestions to plants that do well potted? I bet it makes changing the soil easier as well.... nice. I know he would probably be happier with a friend or two, but I'm not sure if I will to be honest since he's just starting to recover from dropsy and I'm worried it will make his immune system too weak. I'd still quarantine of course if I do get more, but I think I'd be too nervous about potential nasties getting in.

I've seen home depot stack up bricks in their garden department to about 18" high into a rectangle about 4'x4' with pondliner inside and a layer of bricks on top to hold the pondliner. They also sell fountain pumps and had one set up to pump to an upper level that had plants and essentially worked as a bog filter overflowing back down into the 4x4 section. They had 2 big goldfish in it. So it doesn't need to be too permanent.

FishRFriendz said:
I've seen home depot stack up bricks in their garden department to about 18" high into a rectangle about 4'x4' with pondliner inside and a layer of bricks on top to hold the pondliner. They also sell fountain pumps and had one set up to pump to an upper level that had plants and essentially worked as a bog filter overflowing back down into the 4x4 section. They had 2 big goldfish in it. So it doesn't need to be too permanent.
Click to expand...

Thank you! And it sounds like you have a super ~fancy~ home Depot, lol

I'll try and take a photo of their pond in their garden department if I go there again and see it. I coulda sworn I had taken a photo a while back...

That would be really cool to see, thank you!

I myself have been thinking. Indoor pond... the room I'm in is a old garage refinished into a 2nd living room bassicly my den.


And I am thinking bricks and mortored together for about a 300 gallon setup as I am on a concrete floor foundation....
Mine will be in a corner so I have 2 exposed brick walls.
I am thinking like the diy rock backdrops I can glue flat slate tiles I have. On pink foam and paint it so the 2 brick walls will look "rocky"
I have many many many rocks I can always wash scrub and sanitize quite well. So substrate and liner coverage will be great. So that's not an issue ....

I even seen one shaped inside with sandbags and such. I have plenty of sand and maybe stuff black trash bags as more home made....
I acquired 2 of the aqueon aq1700s 450 gph. With a max head of 6.92 feet outa make plenty of flow....
Then possibly one of joeys diy 5 gallon canister build..... 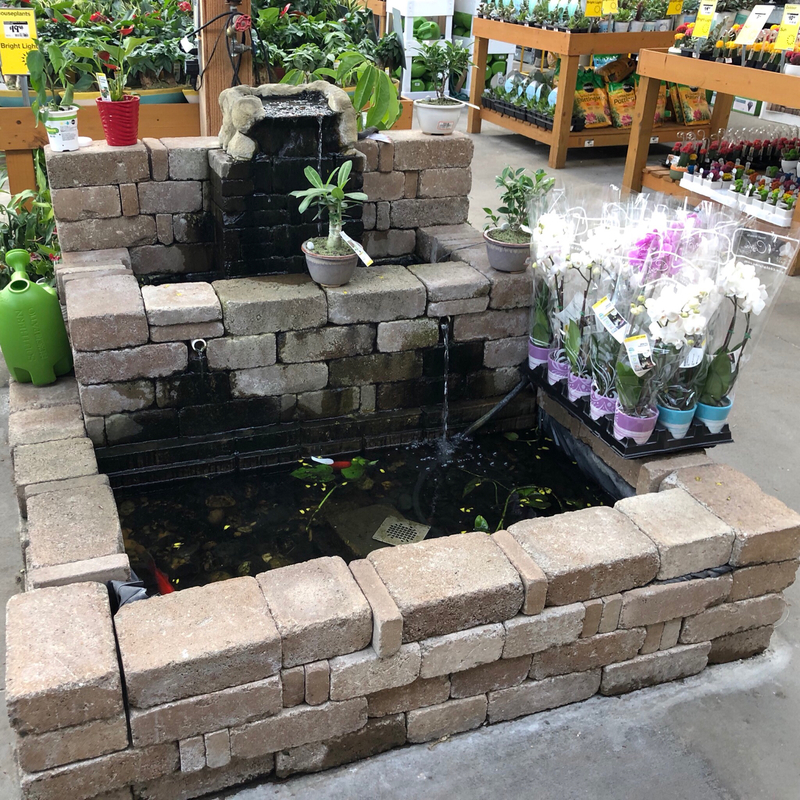 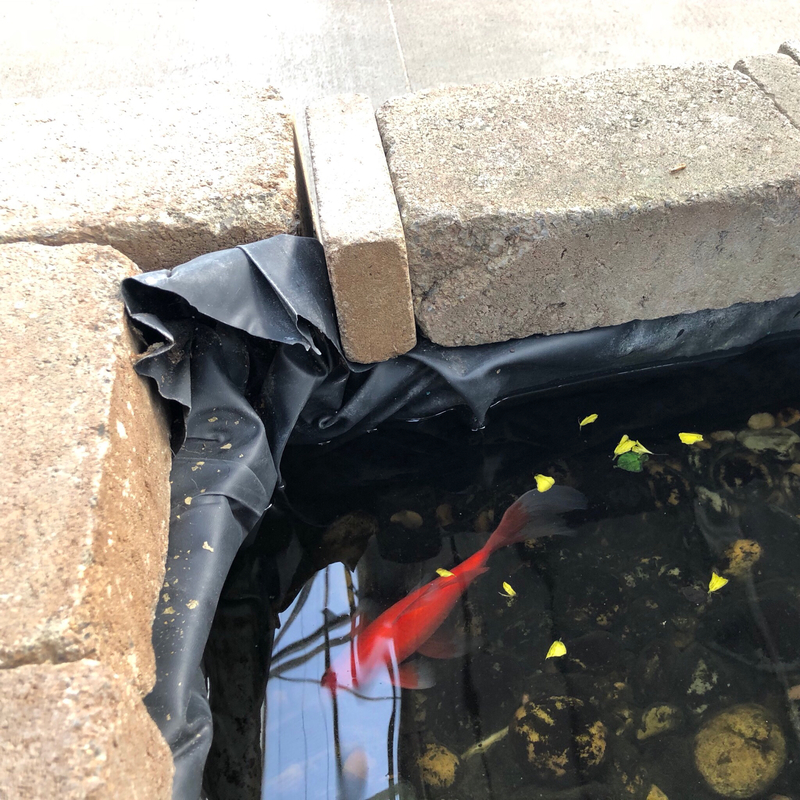 Oh nice! Thank you so much for the visual! That's a very interesting set up, I'm probably going to base mine off of that . Also you do have a super fancy home Depot lol

They used slightly fancier brick pavers, and I think cinderblocks are cheaper for the dimension of the block gets more coverage, tho I think it's more of a challenge to make look nice.