Since I've finally gotten my fish, (1 male that I've had for well over year, maybe two, and two females that i've had for about a year), moved into two different ten gallons, I've tried experimenting again.

I've attached pictures of my setups, and would appreciate any advice anyone has to give on this matter! 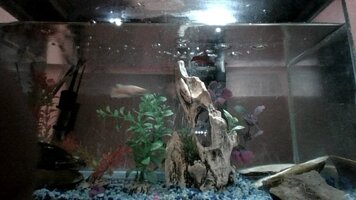 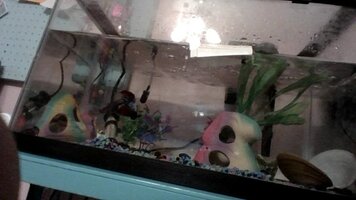 Member
I have a divider when I need to separate the tank, but otherwise right now they are in separate tanks because the females aren't ripe at the moment. I think they are less than a year.
Share:
Facebook Twitter Reddit Pinterest WhatsApp Email Link
Top Bottom