So I have a few cichlids that I would like help with IDing.

The first one I bought from a breeder and he said it was a Gold Kawanga. From the pictures I've seen of them he doesn't quite look like one, maybe it's just a weird variety of it's a hybrid? He sounded very sure but maybe he had some crossbreed and didn't know. Here's a picture of when I brought him home, sometimes he'll look like that and others he'll be almost full yellow. 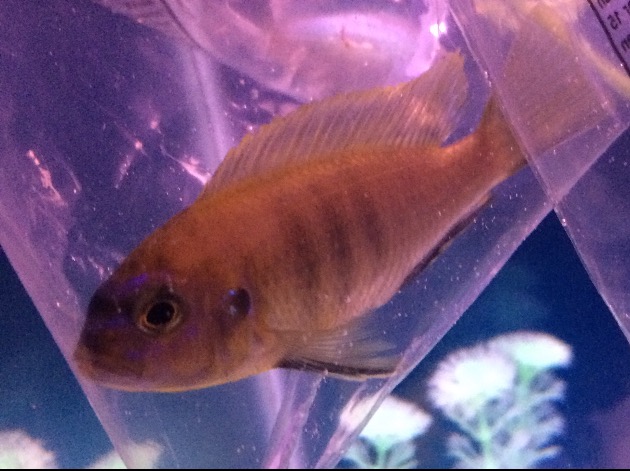 The rest are peacock cichlids. I got them at petsmart. Sorry about the blurry one, I had taken that one when I first got him when I still had my old light. 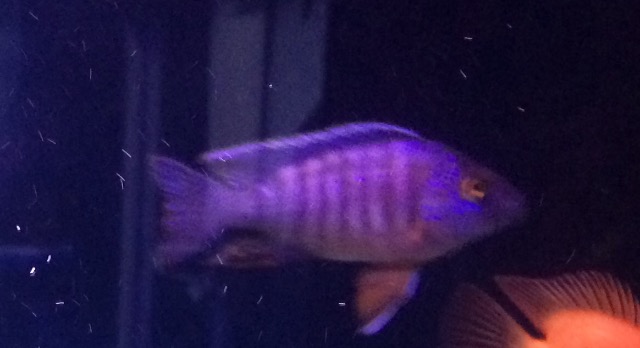 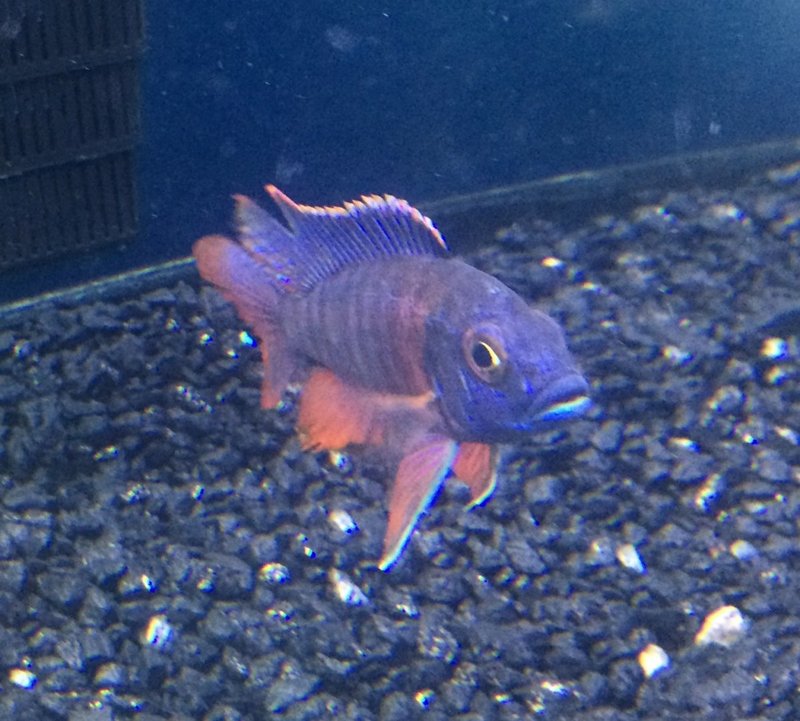 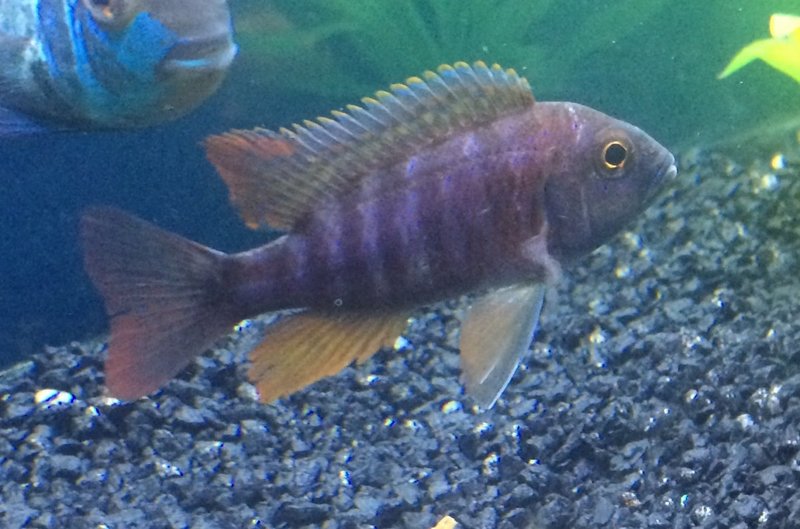 It's weird how that last one has more of rounded fins then the others.

Hope you guys can help, thank you!

Color is off on the first one because he's in a bag. Let him settle into a tank and then see what he looks like.

Last one appears to be a Peacock x Mbuna hybrid. Any other Peacocks from Pestmart are likely also hybrid.

It’s hard to tell while in the bag. It could be a kenyi. (Mbuna)

I can't Identify the Mbuna. Regarding the Aulonocara, I agree with chromedome52 that Peacock #1 & #3 are hybrids.
# 1 might be a hybrid variant labeled "Blue Shadow". Its more or less a Royal Blue w/ more bling. I keep an adult & will post a pic for comparison.
# 2 is a jacobfreibergI (Eureka Red)
# 3 is also a jacobfreibergI type (hybrid).
You scored pretty well for Petsmart, all your Peacocks have a lot of potential. They looked "juiced" so don't be surprised if their colors fade. As they mature, the color returns. 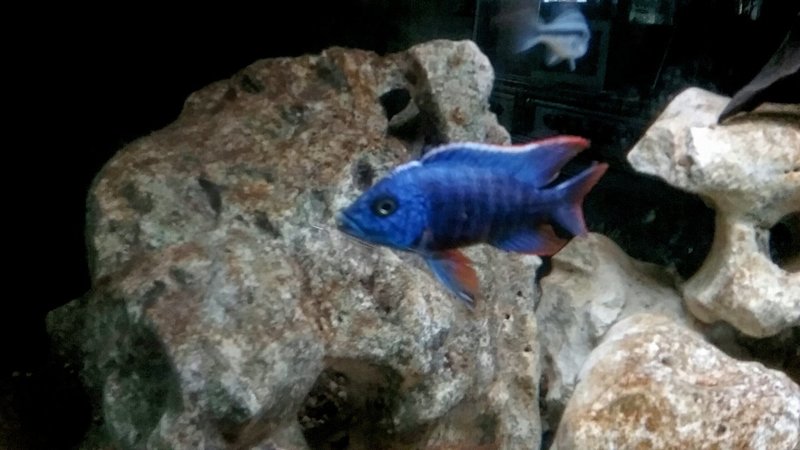 It's not a Kenyi. I say that so often around here, I feel like Arnold Schwarzenegger in Kindergarten Cop - "It's not a toomah!" (tumor in his inimitable accent.)

Metriaclima lombardoi, the Kenyi, is popular because it is so distinct from other Mbuna. I think that's why people always jump to that name for any barred Mbuna, but look closely, think about it, even do a direct comparison. And if you're not 110% certain, don't guess. It confuses people.

someperson , sorry to drop this in your thread. I think once the fish settles in and colors up, it probably will look like a Gold Kawanga. As I said before, it's scared from being in a bag.
OP

chromedome52 that explains the weird body shape. The kawanga I bought in May of this year and he still looks similar to that maybe a bit more gold. Was thinking it had nothing to do with KenyI either lol thanks for your help.

A201 Wow yours is beautiful. I wonder if the jacobfreibergis will be too aggressive in my tank, guess I'll find out. Thank you for your help.
OP

So the Gold Kawanga I believe is actually a PatrickI from Chidunga, Mbenji, or Fuawe. But definitely not Jalo reef. This first picture is an updated pic from a week ago. I came to this conclusion bc:

patrickI (chidunga)
-one or two eggspots (like mine).
-little to no darker color.
-bright blue lines across face.

I know that in both of the pictures you can't see where the egg spot is but it's a single yellow one. And the blue hue that I'm talking about is much brighter in person.