So my fallow period is about half way through now and I am starting to prepare for the eventual reintrodiction of fish...I have just ordered a pair of reverse black photon clowns from live aquaria who will be going into quarantine as soon as they come...I hope to eventually have a stocking of the clowns, a flame angel, a unique wrasse, and maybe something else

My tank has been looking really good the past few weeks with coraline algae growing everywhere and my microfauna population exploding...there are small pods all over the glass as well as larger ones I can see crawling across the rocks

My corals are doing great with huge polyp extension from my lps and continued growth from my soft corals... 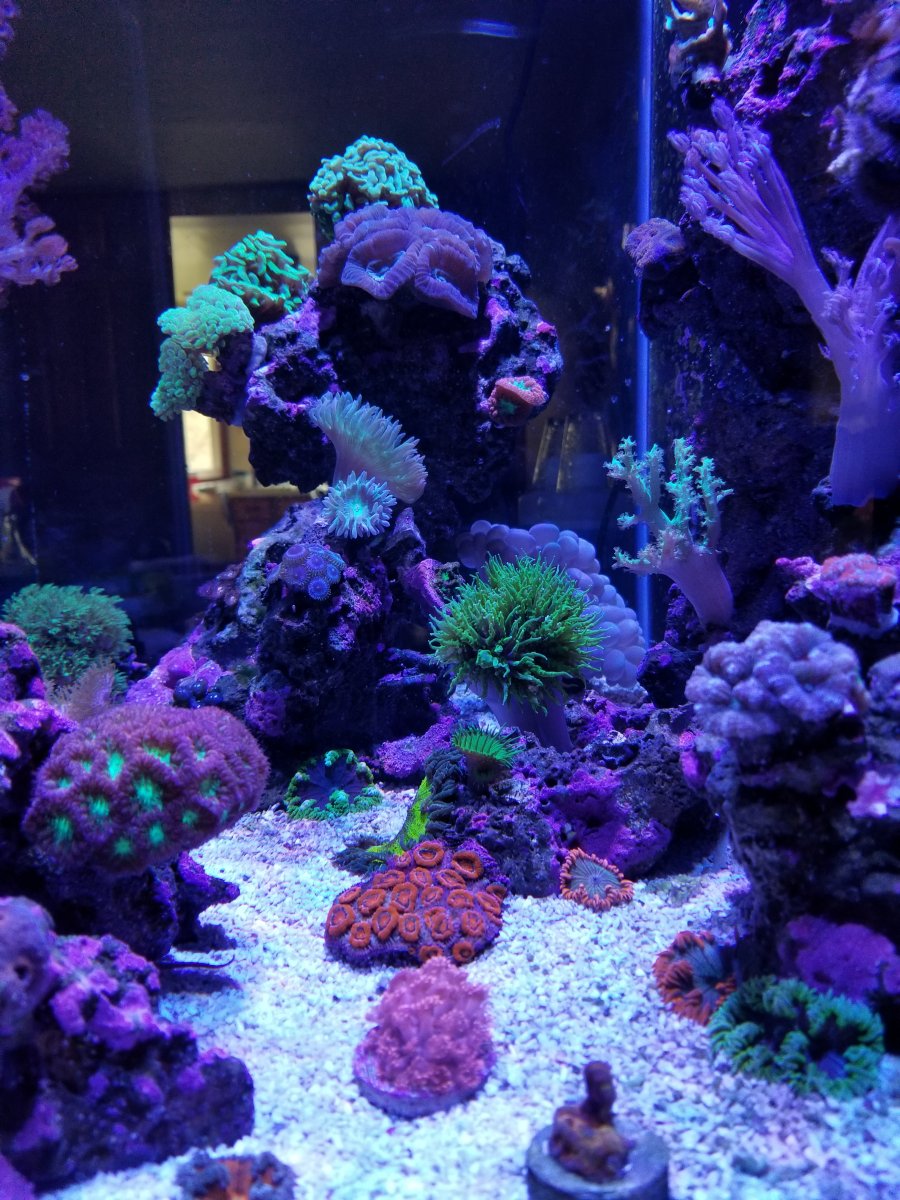 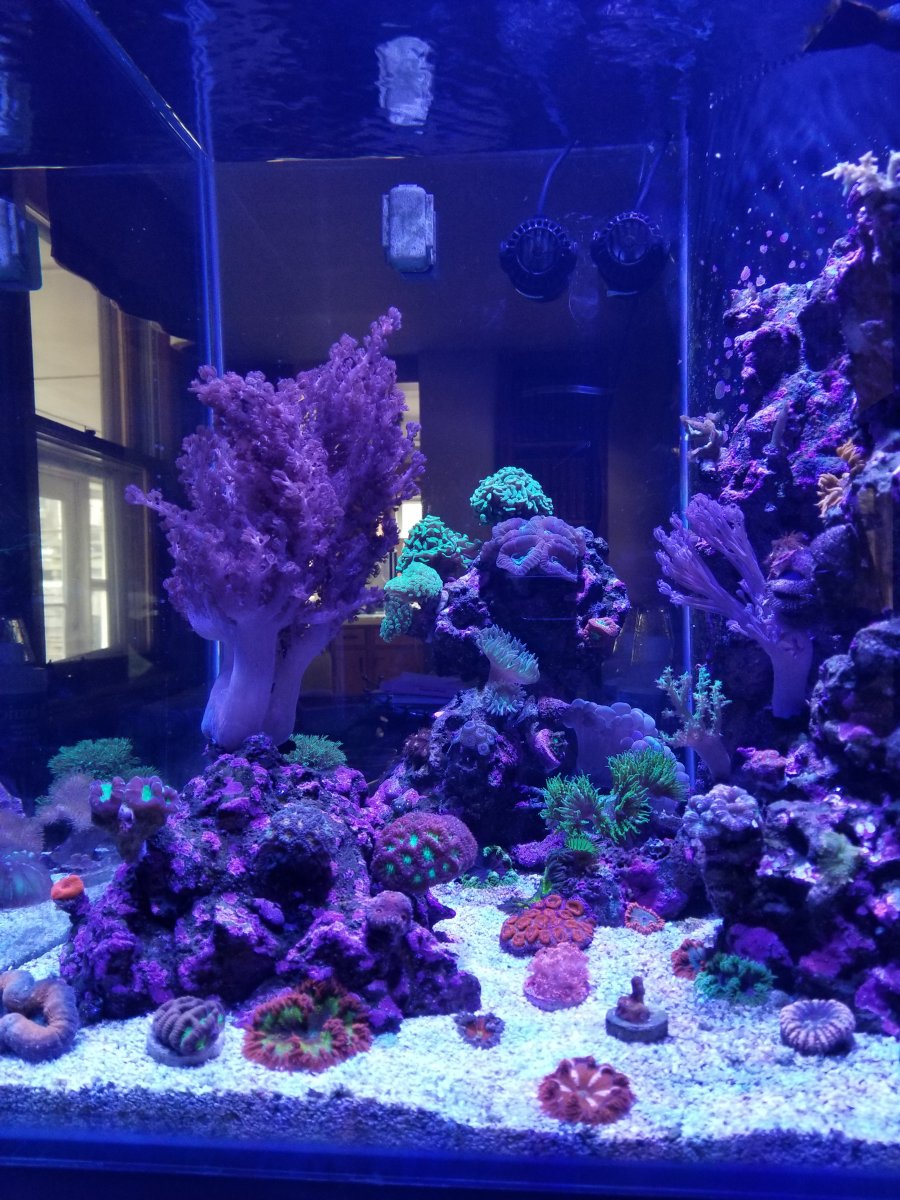 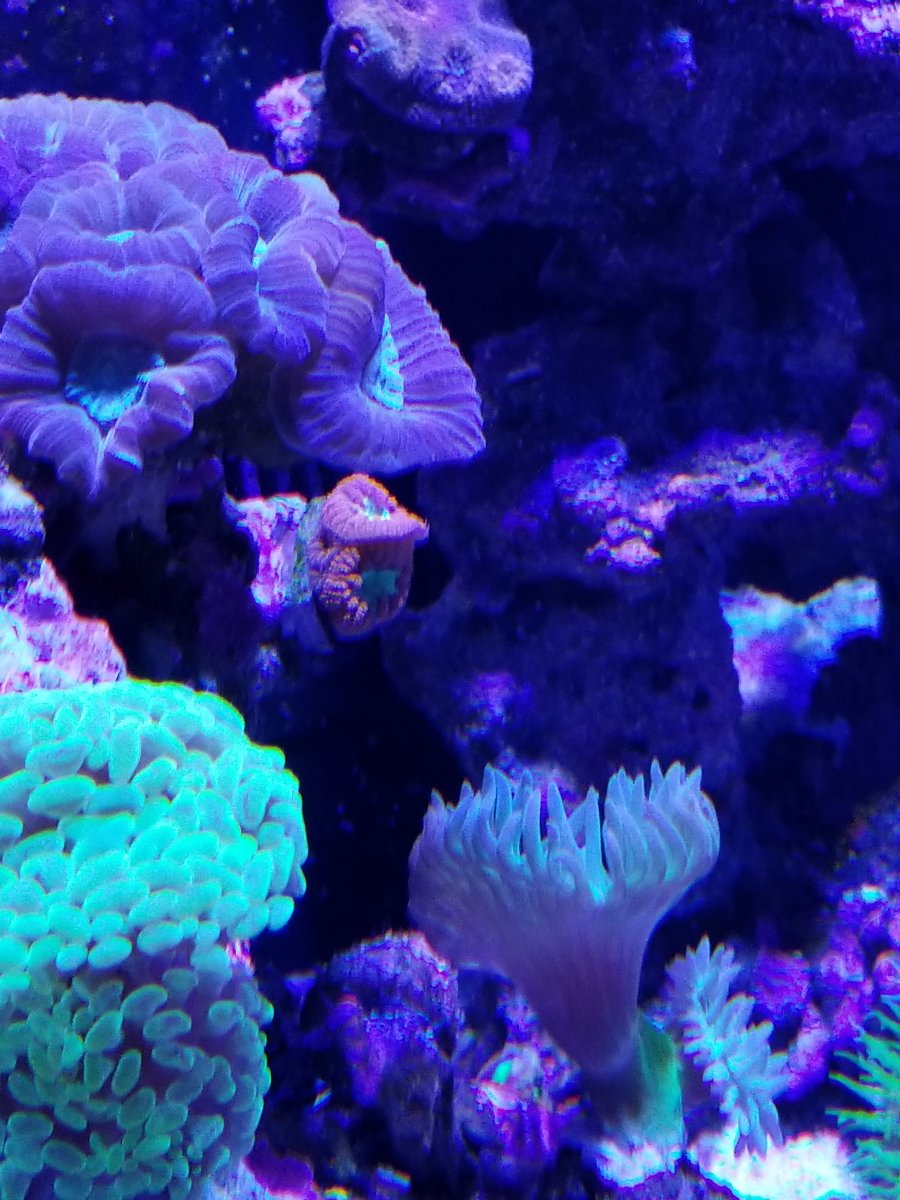 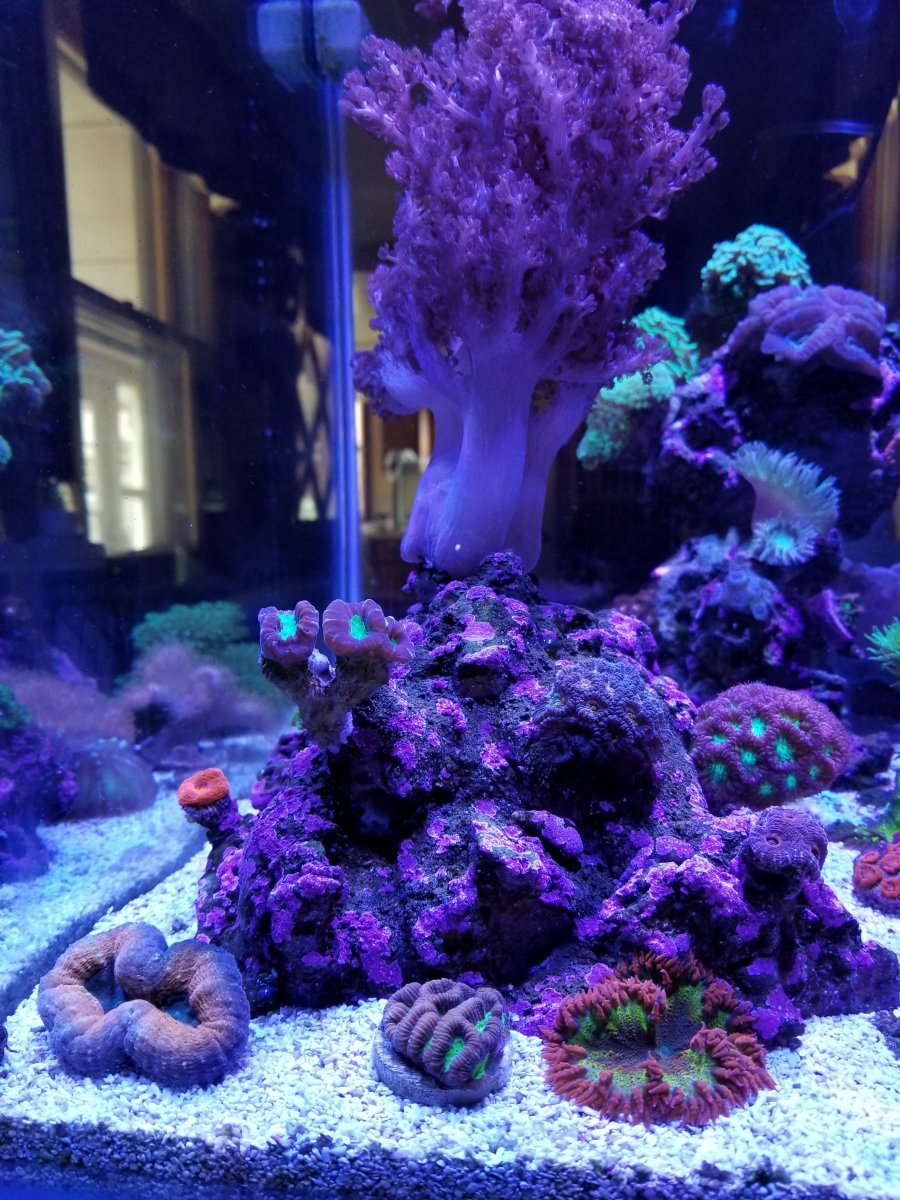 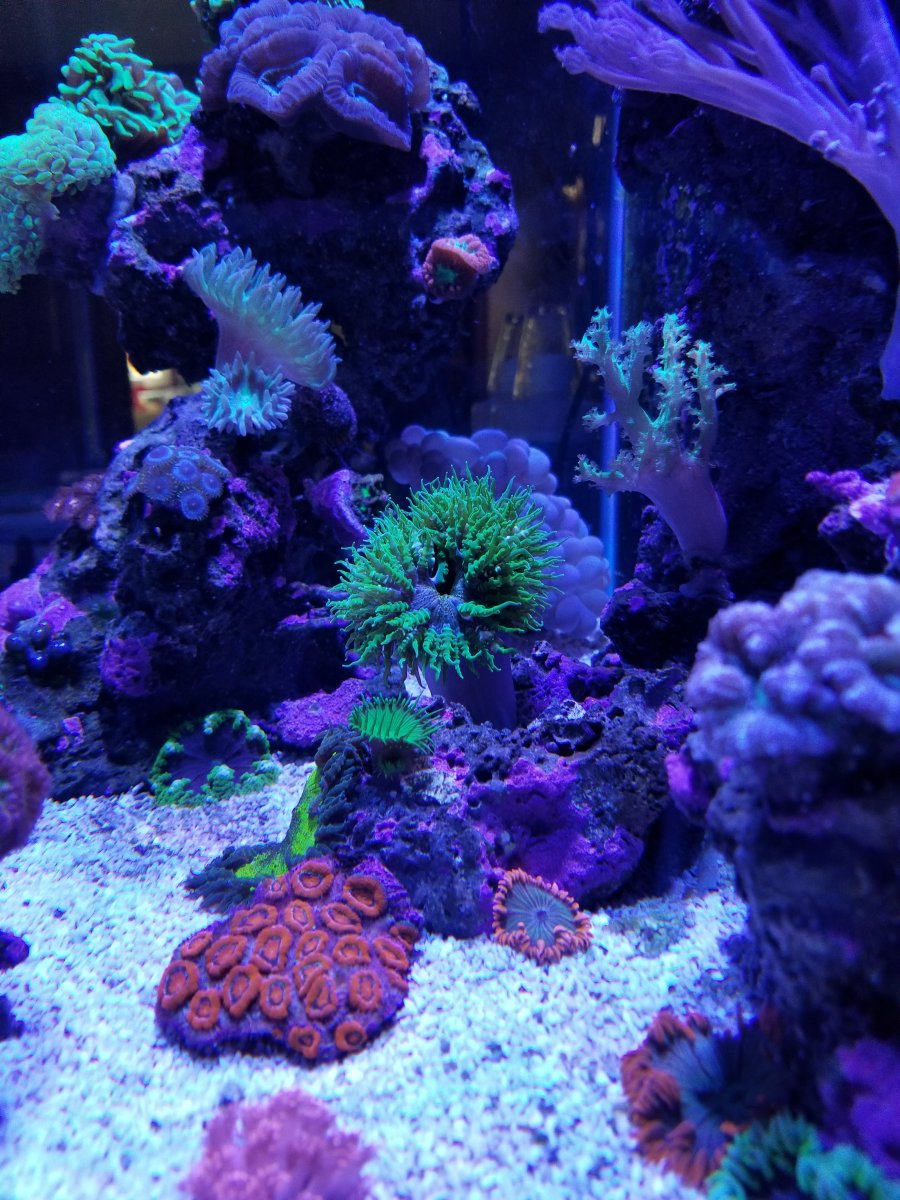 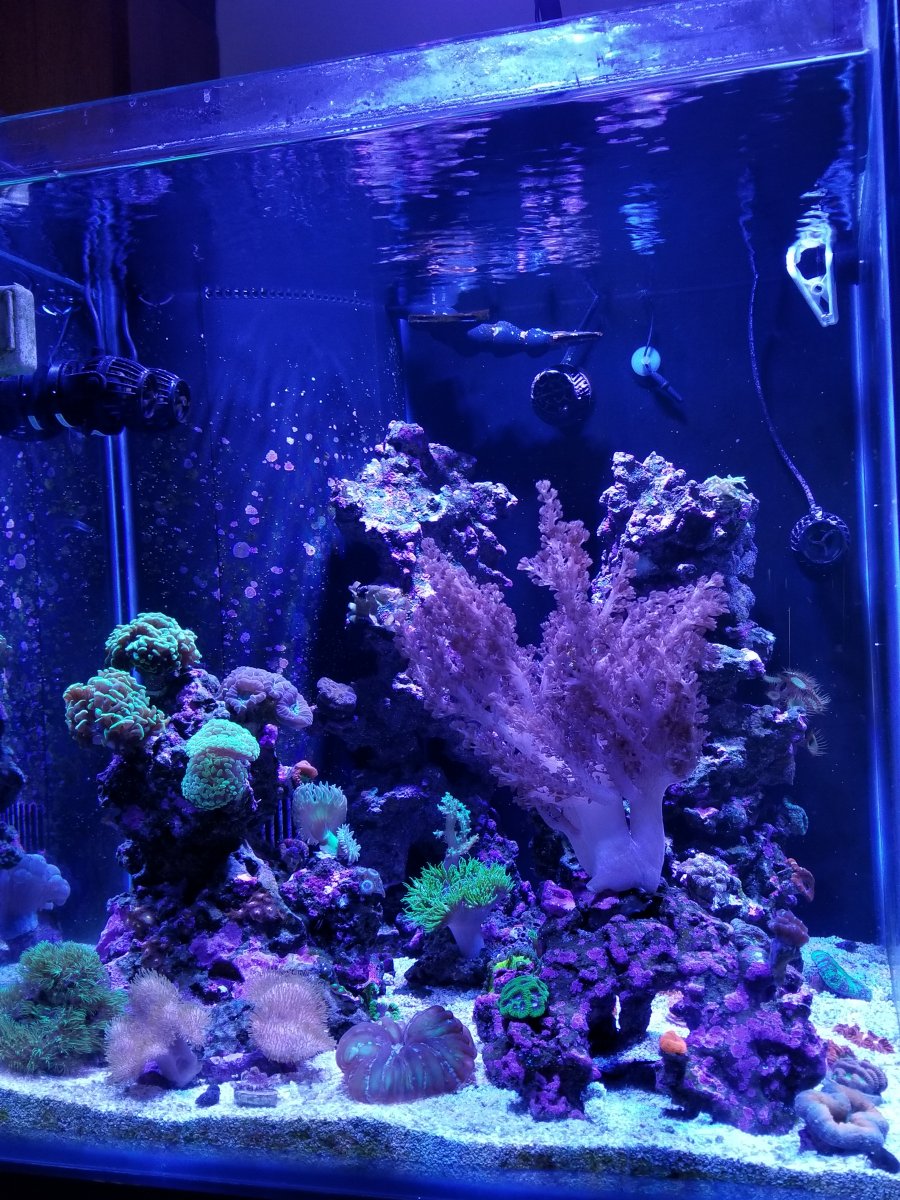 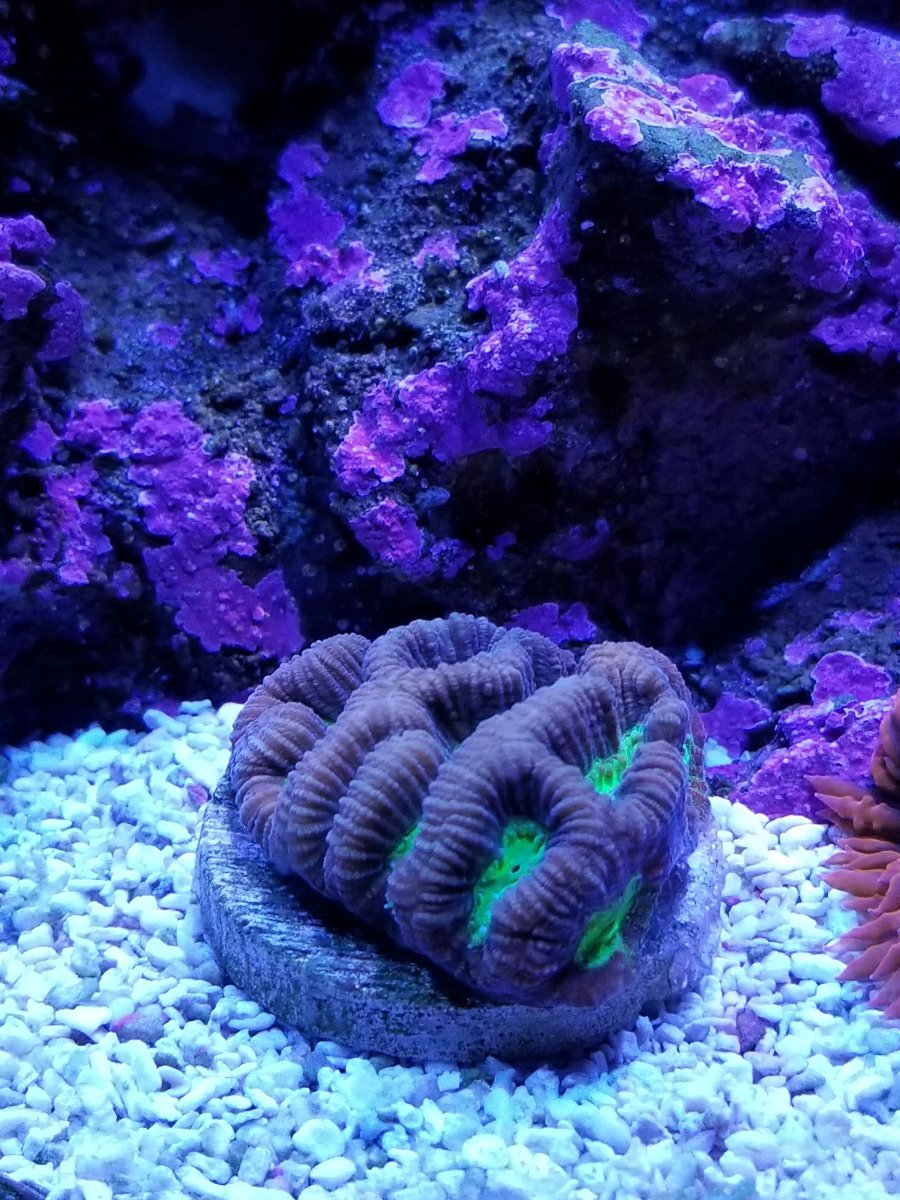 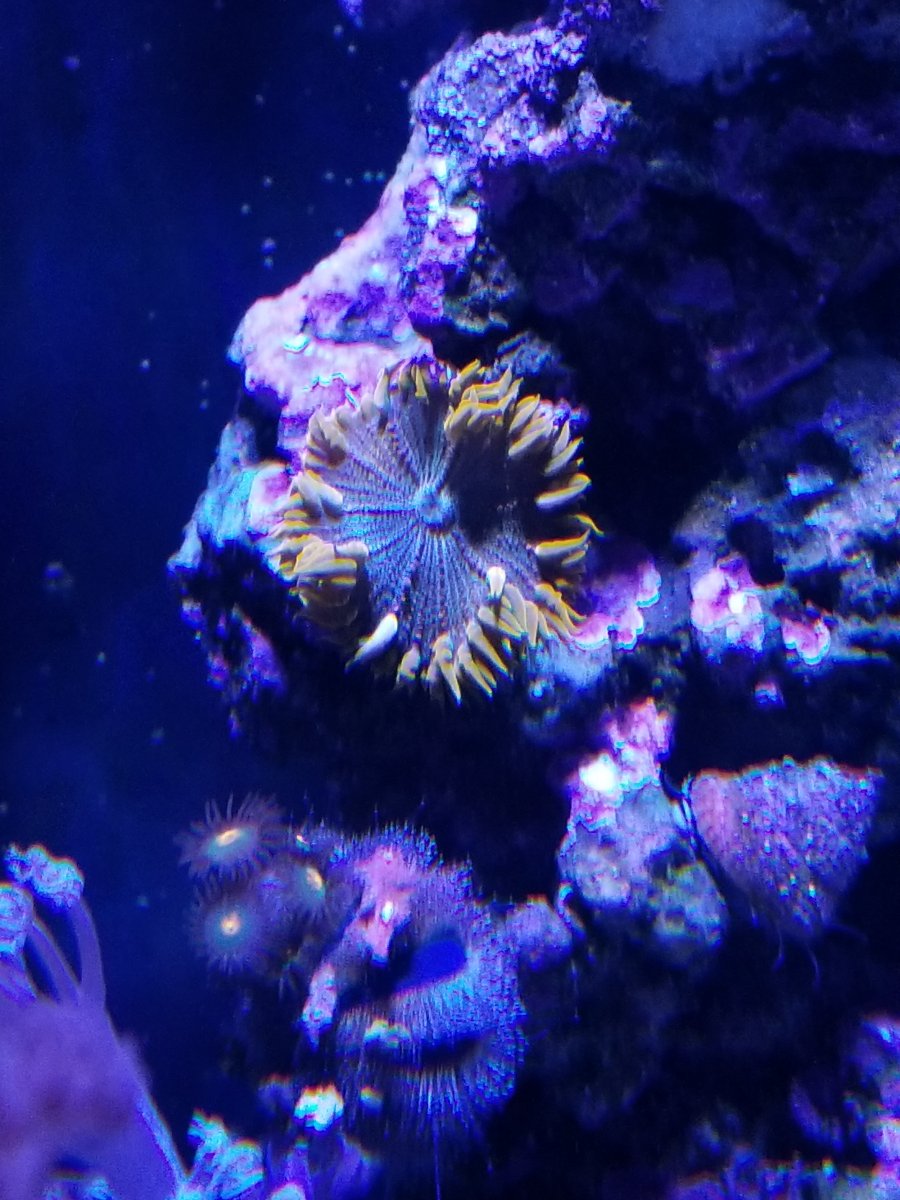 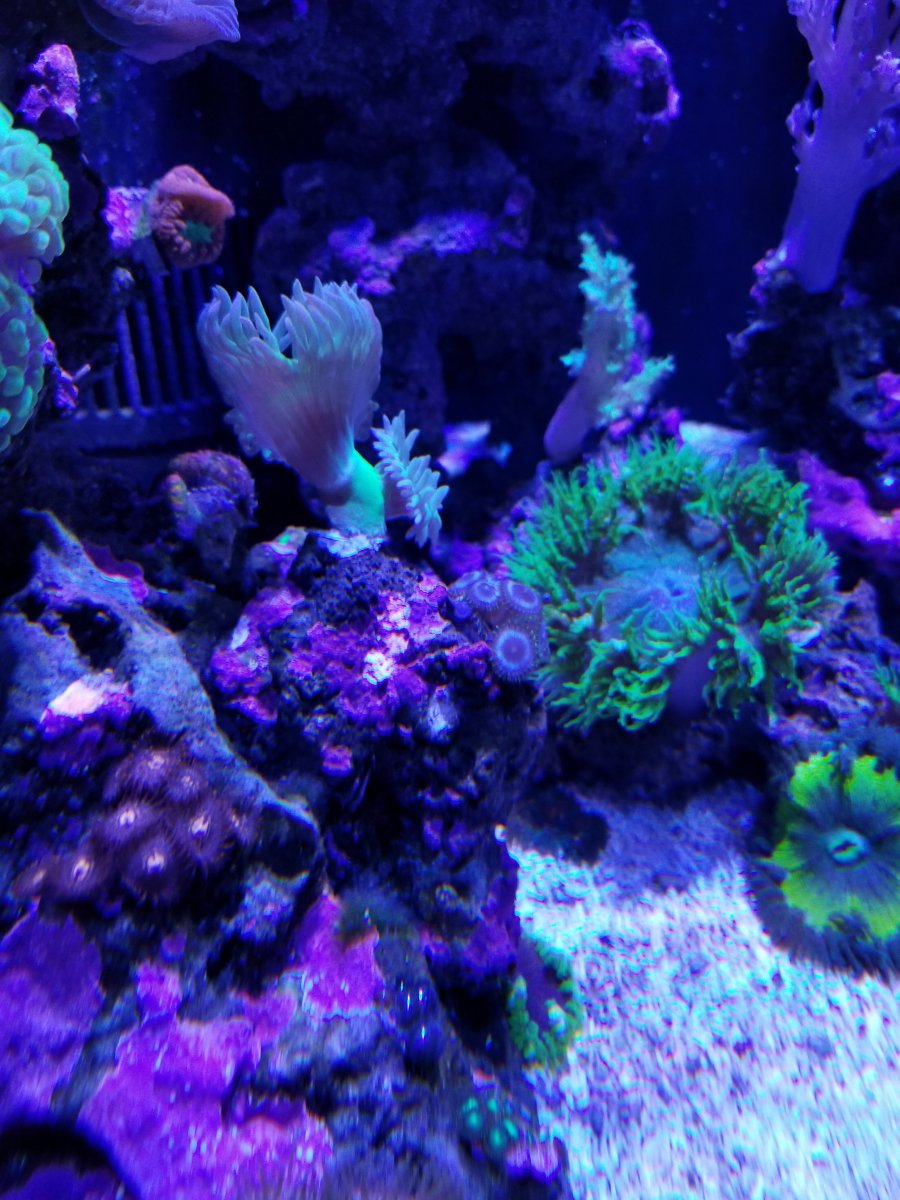 Despite it being not recommended I have bought a few frags over the past few weeks...I bought a purple candy cane as well as a maze brain for dirt cheap as they both were slightly damaged...as of now they are both recovering and starting to look great

Because of my good parameters I decided to also buy a relatively cheap test sps...like the two lps it wasn't in the best of shape at the store but as of now it has colored up a bit and has full polyp extension...its a yellow birdsnest with purplish polyps though I don't think its a birds of paradise 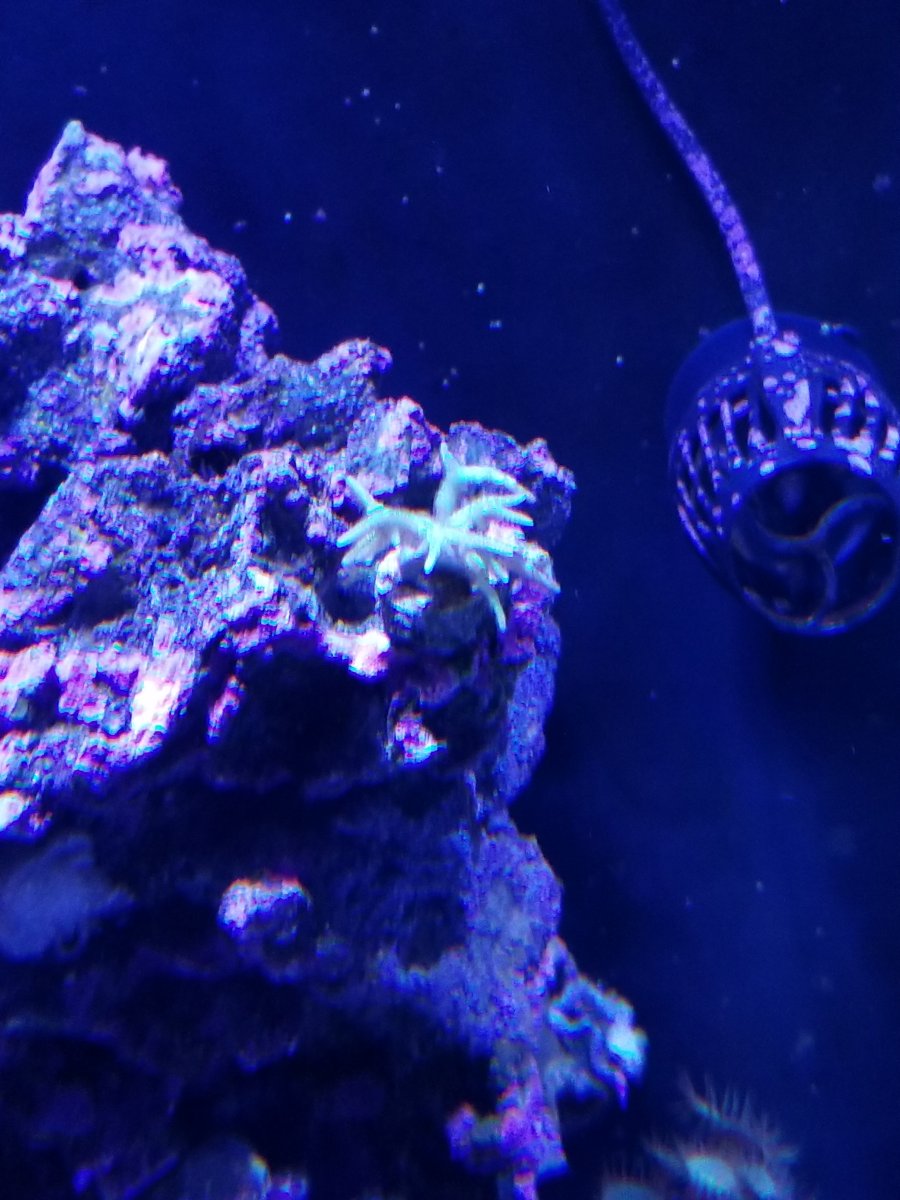