I have a betta fish with a giant tail that I have kept for over a year right now. The tank is a 5 gallon, heated, filtered, and he is pretty happy and active right now. A month ago he had popeye, but thankfully that was cured with epsom salt and water changes. Parameters are 0 ammonia, 0 nitrite, 30 nitrate (I just switched to half tap half RO bc. tap water has 20 nitrate with it).

Symptoms are mild fraying at the edges of fin, I can't see any white border but I can see sort of a black line but that may be caused by his dark coloring. No other symptoms, and he has had this fin rot FOR MONTHS. Maybe it isn't fin rot, cause this has progressed so slowly since last August maybe? I initially assumed it wasn't fin rot, cause only a tiny bit was uneven. It got worse but really slowly, so I treated with melafix, salt, a lot of water changes (not at once of course) without any noticeable changes. Right now I can only see that the betta like maybe once or twice a month I see a new pinhole, or a tiny bit of the fin coming off. I covered up the filter intake, see attached, and there is nothing sharp. So I am assuming some weird slow fin rot, or maybe even just fin nipping. Help please! I do have kanaplex with me so maybe I could dose one round of that, but I've had bad history with meds so idk. 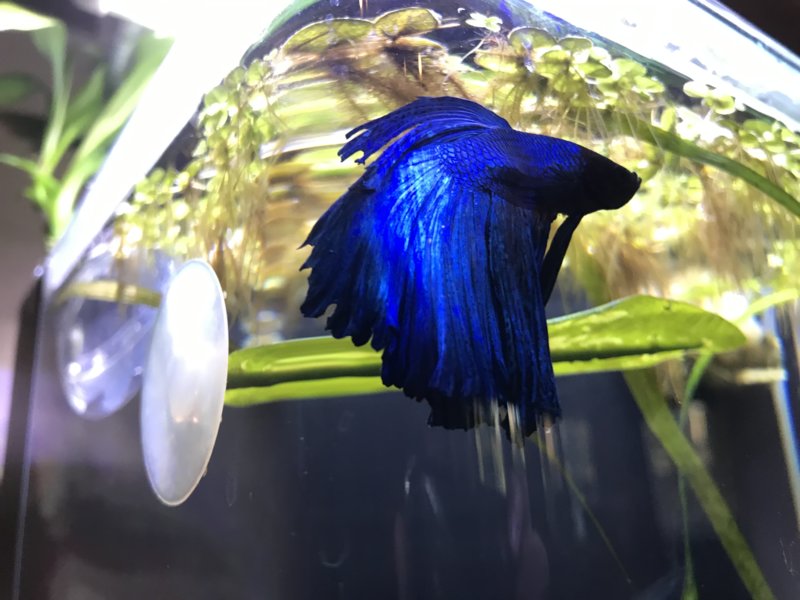 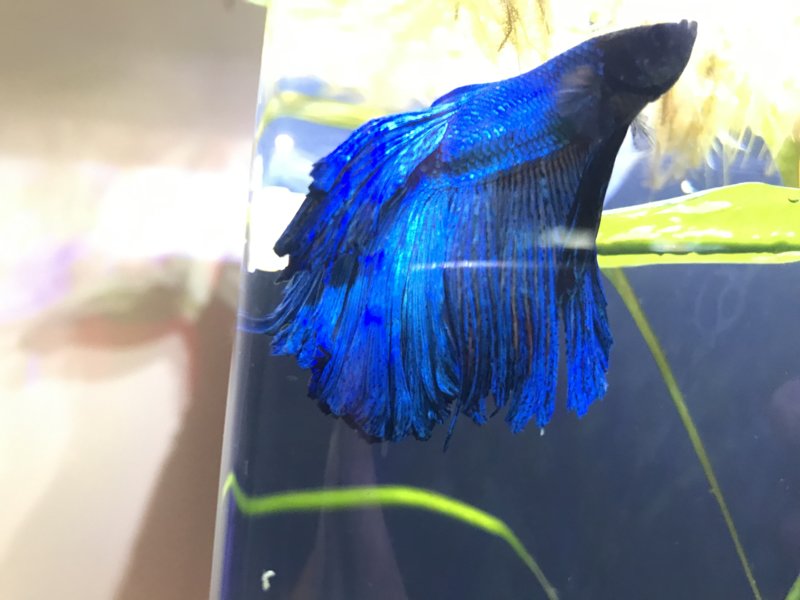 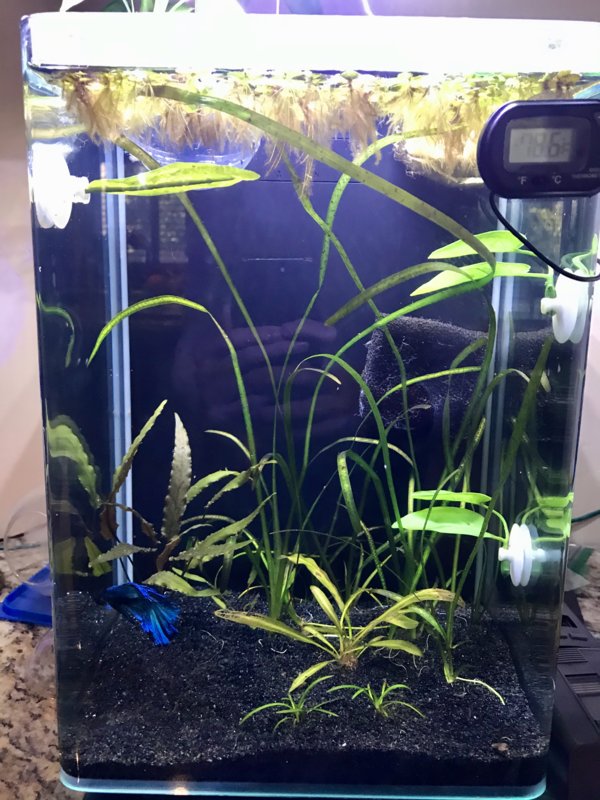 What tank size is it?

I don't know but it looks healthy to me. Does it brandish its fins at all? Put up more pictures.

Ill post more pictures tomorrow, but if you go into the second photo and look at its bottom fins, you can see the big rip in the right and a few "strands" of fins on the left side of the bottom fin. Also on the first photo just look at the outline of his fins. I think it looks worse in person though...

SoldSpartan said:
I don't know but it looks healthy to me. Does it brandish its fins at all? Put up more pictures.
Click to expand...