I have 2 females and a male in an uncycled tank. I’ve had it about 3 weeks now. 1 female is constantly harassed by the male. I brought an ornament and some filter media and gravel from another tank to try and help cycle but anyways, the harassed female took to liking the ornament, thought it was a good hiding spot. The problem the other female has since claimed it. Anytime the other is in it she goes in and kicks her out. I’ve since noticed her tail is split, this can’t be good with the tank still trying to cycle. Any helpful hints? Should I remove the ornament? And water changes I don’t mind doing I’ll do however many as possible but I know this will make the cycling process difficult, but I don’t wanna lose my girl 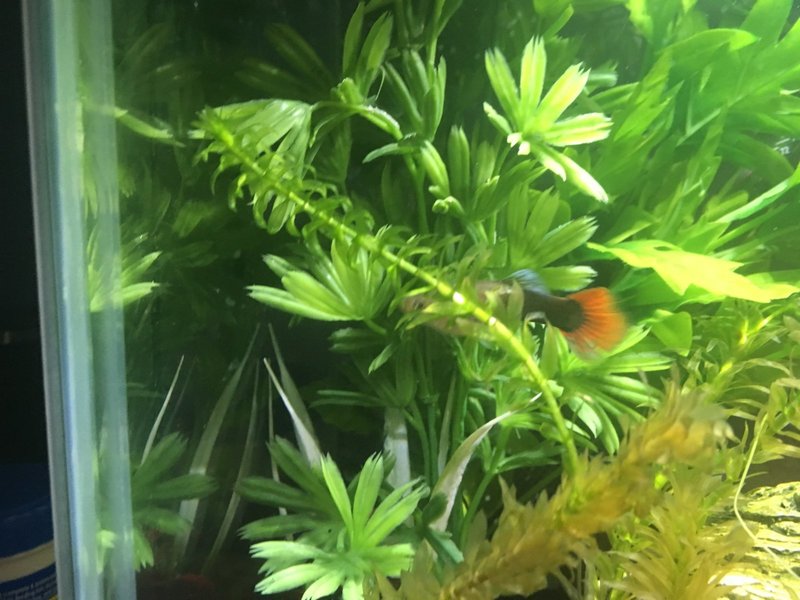 A lot of my guppies have split tails from fights/ scrapes, and it hasn't really been an issue. In fact my alpha male guppy has had a massive chunk of his tail gone since I bought him and I've had no problems!

try adding more hiding places so they don't have to fight over one, one if my females is more picked on than the other as well I think that's common lol