So my green terror has been is a spiral downward for few days now maby a week. I dont understand whats wrong with him. He was recently living perfectly fine with 2 blood parrots. They both unfortunately died unexpectedly one morning. Along with my peacock eal. He seemed lonely and didnt move much i thought he was just lonely since all his friends were gone.( ik ima child) pet smart reccomended i buy anouther green terror so i did and he didnt like that he actully ruped the new one fin so that got returned. But sonce then hasnt been the same. He recently started laying on his side. He didnt move for 2 days. Hasnt eaten. He was a typical gt wont eat anything off the ground but now its nothing at all!! I very worried now a little more. He now has badly dammaged side fins. He look like a fish out of water on the bottom of the tank. Its weird i tryed melafix to repair his fins but he started going crazy and i noticed some salt like things on him so he is going throuhh super ick cure rn. Help me please i dont under stand whats wrong he just flops around.

Can you please fill out the sick fish template so we know how to help you?

He is currently in a 10 gal hospital/ quarantine tank.
Tank has been goin about a month
It has a sponge filter. Made for 35 gal tank.(ig i wanted over kill) there is a heater its keeping the tank at 80 degrees the gt is alone. Water is changed evey 2 days doing a 15-20% change evey week a a 35-40% change. I use either stress coat plus or just basic water de chlorination. Its a sand bottom as its easy to clean but not bare bottom ugly. When doing the cycling i used a sponge filter from a diff tank and 90% of the water from that tank so i sped up the processes as i didnt know how much time id have to save gt but i did give a min of 5 days maby 8 if i had to guess. When testing the water i use api liquid test kit. Ammonia -.25-1ppm nitrate-0 nitrite-0 ph-6.5 i try to feed him twice a day. Spot cleaning 99% oc the food 45 min later bc he wont eat. I feed 3 sinkiking cichlid pellets and thd ocassional blood worms. Ive had the gt for about 5 months now his symptoms started a week ago. The best way i can explain his pronlems is laboured breathing he is breathing so heavily. And he looks like a fish out of water on the bottom of tank. Ripped up side fins i assume from flopping around. Eveything else on him is perfect. He also has no colour missing. Usally fish loose there colour when sick or stressed he is perfect. I tried melafix for 3 days and it seemed to make him flip out so i syopped and he chilled out a bit but i put super ick cure bc i noticed white spots but now see them as sand particles. When i bought him he was small and terrifyed of eveything. He grew up and swam around he wasnt a tank boss but he lived with 2 oscars 2 blood parrots for a long while then i put the oscars in the big tank since they are huge now. And the parrots and him in a separate tank the parrots died unexpectly. One had its occasional black streak that happend many times before but ither then that they were perfect health. But the gt once the parrots died he stoped swimming he stopped doing anything. It was like he was sad. So i added the friends and that didnt work so i returned the friend. And he just started sittif on bottim and one day he just fell over and now it seems he cant swim right or get bavk up. He wasnt moveing much. 2 days later to todat may 26th he is trying very hard to move to swim he just gives up he cant seem to align jim self i dont know he just flops around on the bottom. Please help me and my gt i hate seeing him suffer

Are you able to get pictures of it? Ammonia and nitrite should be at 0 ppm or it can harm fish I would get some seachem prime as Soon as possible to detoxify the ammonia unless you already have something that detoxifies ammonia. Platylover may be able to help.

Can you upload a video of him to YouTube and link it here? Or photos?

Yes, as mermish said, if the tank is cycled it ammonia and nitrites should be at 0. The ammonia is a major concern and is likely one of the primary issues here. I’d do a 75% waterchange and make sure to vacuums up any of the ich that fell off (assuming that’s what happened?). Continue with daily 50% waterchanges and more if ammoni does not subside.

Few questions-
1. What are his tank mates in the display?
2. Display tank size?
3. Have you treated the display for ich as well?
4. Do you use dechlorinator
5. What are the parameters in the display
6. What’s the waterchange schedule and how much
7. Are his gills red at all

I would suggest not listening to the pet store employees as they typically know little about the animals. They are there to sell and that’s what they do. It’s rare to find a knowledgeable employee.

His friends were 2 blood red parrot cihlids and a peacock eal. All died very unexpectedly. They were mine for about 10 months. The ammonia is combated with ammo lock. I add that supposted to neutralize it fast. So far in my other tanks works great. Ill do the water change and update u asap. Display tank was 25gal. Dont have to treat it bc nothing in it. Its always at zero eveything ph is 6.5 my water changes there are eveyday 10% with once a week gravel vac. Thats the show tank. The hospital tank is evey 2 day i do 20% once a week. He has no red gills or gill roll. That why i suspected that ammonia wasnt the problem because of that. 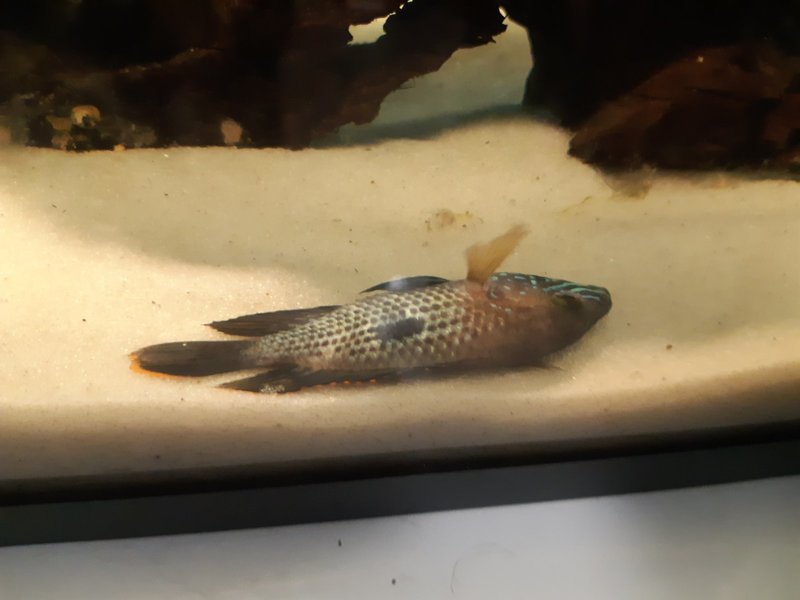 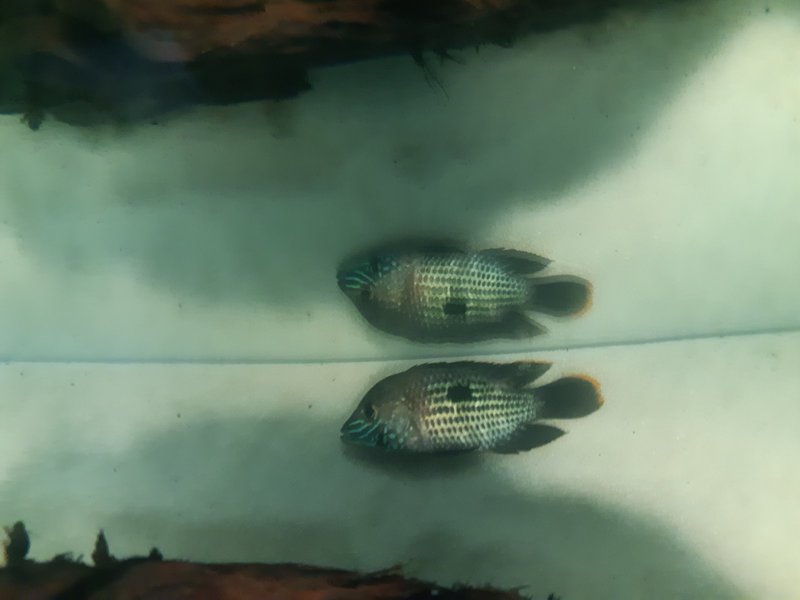 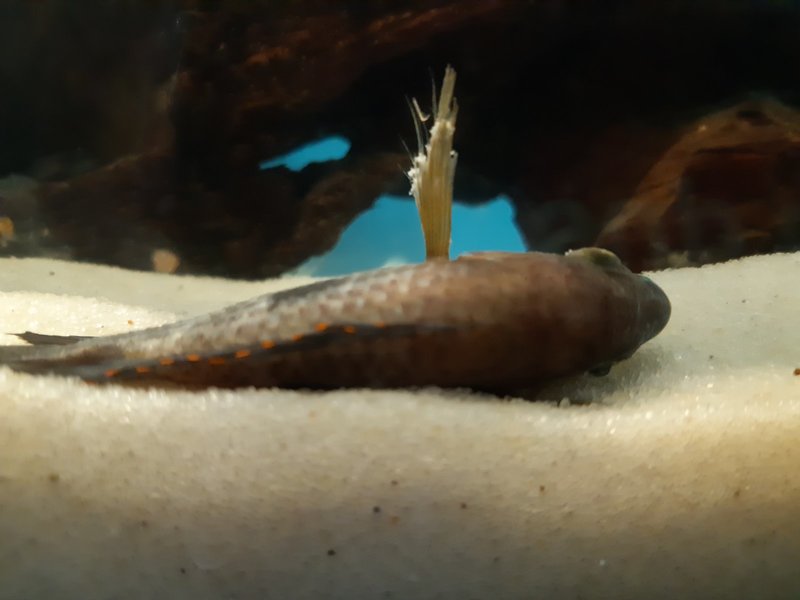 Can the melafix help his fins those are what worry me the most. Im not familiar with swim bladder problems. My moms goldfish had problems. But never lived longer then 3 days. Im clueless to the problem here i need some advice

I personally wouldn't use melafix. I usually use freshwater salt if my fish are sick because it treats a wide variety of things. Have you tried soaking it's food is garlic? It's a flavor enhancer and immune booster.

Ok ill use some aquarium salt. And i havnt seen garlic stuff anywhere i will try all this. Hopefully he gets better

I always use seachem garlic gaurd, so I've never tried this but if you want you can just use a garlic clove. I think I may have heard that it's bad to feed them straight garlic chunks though. When I feed my fish I usually only use organic veggitables but I don't think most people do. Since I've never tried it you could just wait and see what other people think. I found some instructions I hope this helps.

His fins are doin very good he is starting to try to swim better. He still has the no eating issue but other then that he is doin better