Morning my nickname is Kuri. Recently Ive been getting into owning fish as a whole and I found this website a bit ago just got a chance to make an account on here! I have 6 tanks 5 for bettas which one of them I have dividers in. and a community tank. I was thinking as a 1st time here I would introduce my bettas to everyone on here! 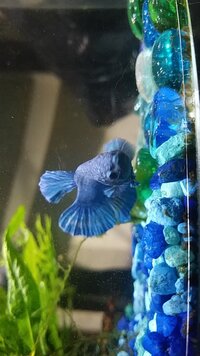 Blue one is Crassus. Me thinking I would go up to college he would be my pet to bring up. He does shimmies a lot and loves laying on his plant life. 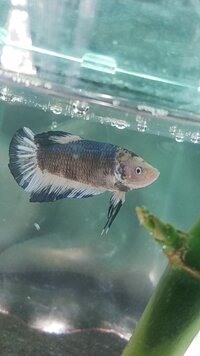 This is my 2nd betta fish Bopper, (Note he got a tank upgrade from a 1 gallon to a 3 gallon), he caught my attention for his heterochronic eyes! My girlfriend noticed him a while back and he was still there when I had to get some supplies for crassus. King Halfmoon I believe if Im right, he likes to assert his dominance anywhere! 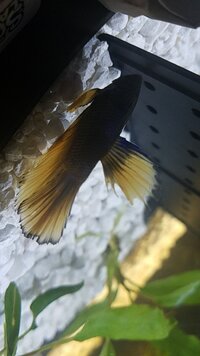 Triton, He's one of my rescue bettas. Commonly I dont have a pet smart very close to me but I noticed his water and it looks like they havent been taking care of him properly. I took him home and so far he has been better! 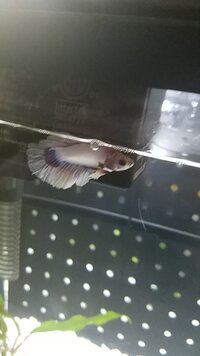 Eclipse, one of the other rescue bettas I got the same day as Triton as well. He vibes most of the time just doing what bettas do. Triton and Eclipse is in the same tank with a divider. Soon enough I want to get them separate tanks soon enough. 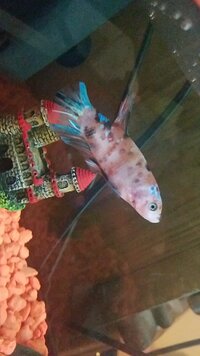 The next one is Dopper, I like to joke saying the Dopper is Bopper's other brother. He likes to do small jumps out of the water when hes very happy 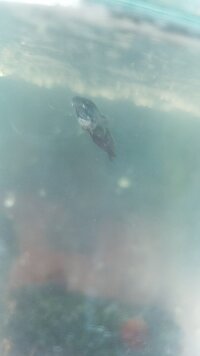 (Sorry for the not clear picture my phones camera was dirty) Last but not least is Snoot. I was thinking seeing a little betta grow would be awesome to see within the next few months. Hes a curious little fish.

Soon enough I shall post pictures of my community tank

welcome to the forum! wow i'm in love with Eclipse's colours, can't wait to see how he colours up!

welcome to the forum! wow i'm in love with Eclipse's colours, can't wait to see how he colours up!
Click to expand...

Eclipse is one of the most brightly colored bettas I have ever had. His colors are very nice. Eclipse also has a small hint of purple as well.
You must log in or register to reply here.

Hi Im Catie, and Im new here, but not to fish..lol!