I have a goldfish that's approximately 8-10 years old. I got her and another goldfish about 8 months ago. Before that she wasn't cared for all that well. The other goldfish sadly passed away shortly after i got her and showed the same symptoms this one does now.

A month ago my goldfish started to almost gasp for air on the top of the water surface.So i imminently thought it was either an ammonia build up or she was not getting enough air. The ammonia build up was highly unlikely since i do a 20% water change on her tank once a week.PS she's quite a messy fish. But i did test her water and the parameters were normal. I bought her an air stone, and i better positioned her filter. Now in a span of 2 days she barely moves and just lets the flow of the water move her. She also tries to position herself between plants and just lays there. Today she didn't even eat.

ABOUT THE TANK
I do a weekly 20% water change. (I use a water de chlorinator)
I keep her water a bit colder than room temperature.
Tank size 55L

Please if anyone could help me out in what i could be doing wrong i'd really appreciate the help. It breaks my heart to see her like this.

Weird is she displaying any signs of sickness,bloating?

Iverg1 said:
Weird is she displaying any signs of sickness,bloating?
Click to expand...

For as long as I've had her she's always been a bit of a bigger fish. I wouldn't say I've noticed any bloating. I could post a picture of her and her behavior.

Okay do that so I can see her

Iverg1 said:
Okay do that so I can see her
Click to expand...

She was not this bad yesterday. It only got this worse today. 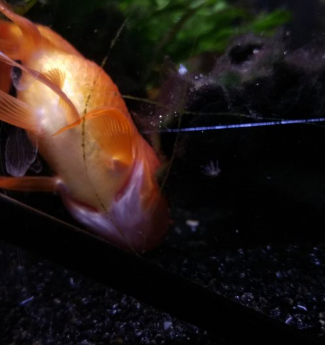 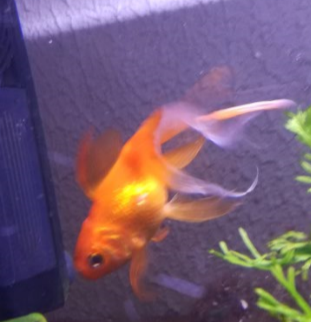 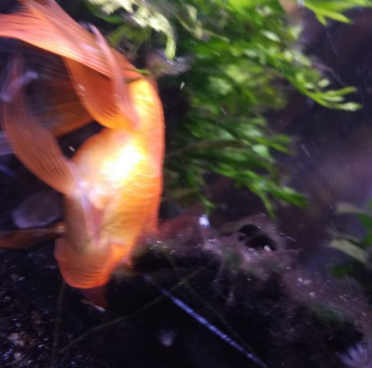 What do you feed her?

I'd do daily 50% water changes and upgrade her tank to at least a 115 liter tank. Fast her for a few days, then feed her cooked, deshelled peas.

I agree with TexasDomer and was going to recommend the same thing. He just types faster. lol Seriously, I do 50% w/c's twice a week with my goldies and they are in a 55 gallon tank. You need at least a 20 gallon for one fancy. Also, if she is truly that old, she could just be at her life expectancy. They will usually live about 10 years but if she had a rough start, it could have affected her longevity. Don't give up and do exactly what TexasDomer advised.
You must log in or register to reply here.
Share:
Facebook Twitter Reddit Pinterest WhatsApp Email Link
Toggle Sidebar