HI all!
I’m quite new to aquarium keeping but for my 29 gallon tank I decided to Try my luck with the German Blue rams in my area. However I can’t seem to tell whether or not this little fish is a male or a female. If anyone more knowledgeable than me could bring their insight I would be very grateful! 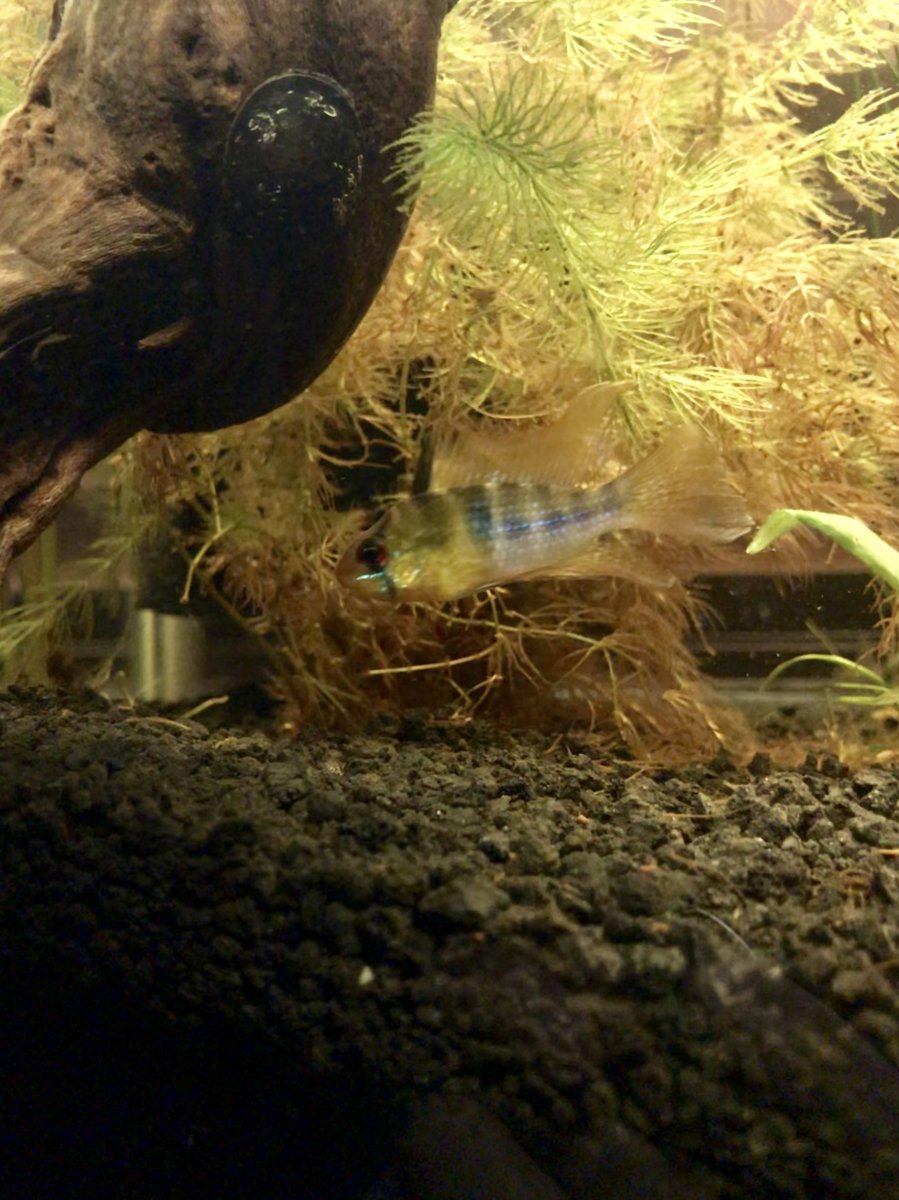 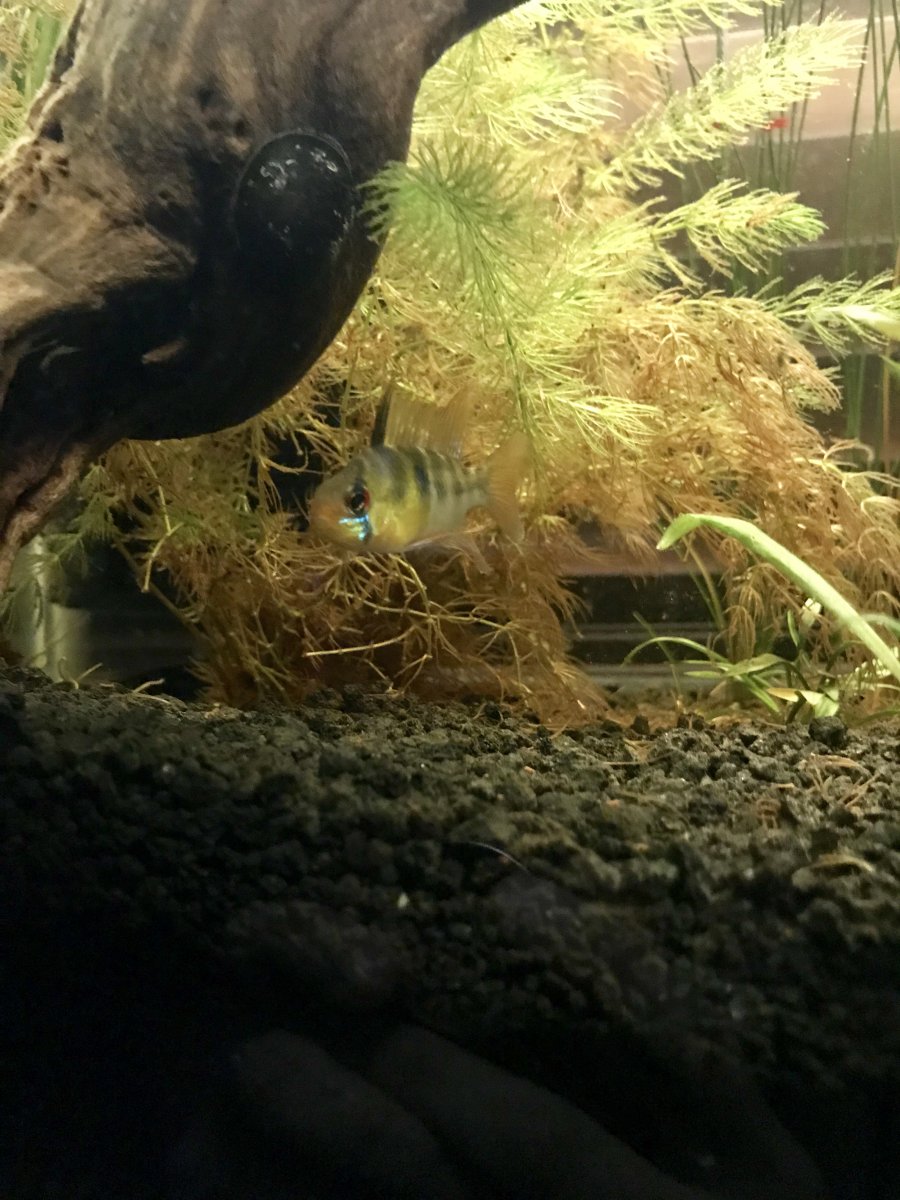 What tells you it has long fin genes?

bizaliz3 said:
What tells you it has long fin genes?
Click to expand...

The caudal fin is much longer than standard, so it’s a safe bet to assume the others are also exaggerated.

Coptapia said:
The caudal fin is much longer than standard, so it’s a safe bet to assume the others are also exaggerated.
Click to expand...

I was going to say not happy or healthy male . Pretty skinny . I might worm and try to feed as much as possible..
Doesn't matter sexing longfins IMO . At least not most I have tried to own ..
I had what I would still bet money was a pair and they never spawned although they lived together about 6 months.
When the 'female ' died I added the 'male' to one of my groups of grow outs , figuring it would pair with someone or someone would pair with it …
Months later I remembered one of my favorite lessons fish have taught me .. As soon as you think you can predict mother nature she will make a fool of you !
In a tank of over 60 rams do you think that long fin ever found even a friend ??? No ..
I would only buy long fins from a breeder even in my quest to have what others don't..
They are my missing ram ….
OP
G

He seems to be very skittish
So anytime I come near the tank he does swim all the way to the back of the tank
I only recently got him from the pet store and he would not eat flake food
So I have him on frozen blood worms and brine shrimp.
Is there anything else I could feed to fatten him up or should I up the feeding schedule?