Gelatinous Blob: great name for a garage rock band or weird thing growing in my tank?

Not urgent! Nothing is currently inhabiting the tank... except for The Blob. I've named him Bob. And I've written him a dating profile because... well, because it's a very effective means of procrastination and I don't want to write a paper tonight. So without further ado...

Bob the Blob's dating profile:
Height: 1 inch
Age: approximately 2 days old (maybe a day or two more, but who's counting?)
Appearance: Bob would describe his body type as husky. He's a bit rounder than he is tall, but he thinks he wears it well, and it's really all about confidence anyways. He stands proud without the support of nearby structures, a point of pride since he knows that common algae tends to climb things rather than stand on its own.
Personality: Bob would describe his personality as "bubbly," a fact which is accentuated by the fact that his body is constantly producing and releasing bubbles! He is also very smooth, which the ladies love, and soft at heart, so please don't hurt him! He can't play poker to save his life- good or bad, it seems like everyone can always see right through him.
Back story: many days ago, before Bob was observably born, there existed a forlorn, finless fish named Snowball. Snowball was a rescue betta with a tragic backstory all his own, a dark and terrifying story which included fin rot and a number of other possible ailments. Despite the best efforts of the mighty tank goddess, Snowball's tale ended far too soon. After Snowball had moved on to the great rice paddy in the sky, his tank was cleaned through the addition of half a bottle of hydrogen peroxide and was left running in preparation for a new story, this time full of tiny invertebrates and possibly dwarf frogs, chosen specifically to appease the noisy children of the mighty tank goddess. Bob was born seemingly out of nowhere, shrouded in mystery and quite possibly slime, an enigma that both delights and disgusts the goddess and her tiny warriors. They have chosen to let Bob have his chapter, but they must know who he is and where he came from. The quest begins!! 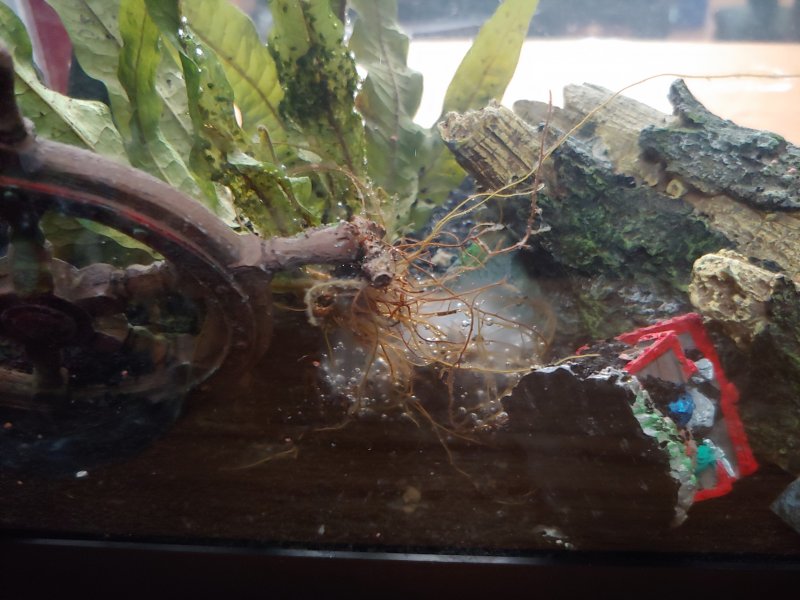 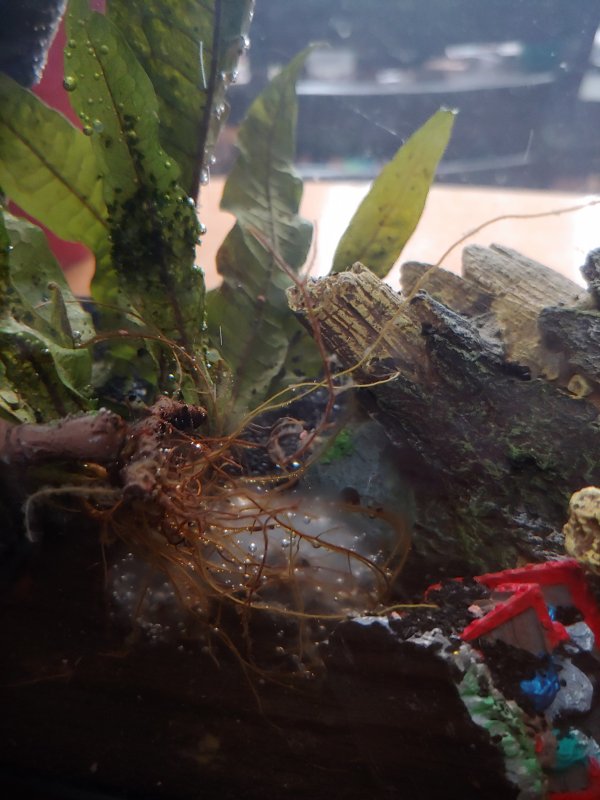 That was... weirdly beautiful and intriguing all at once

Not sure if this is a question XD, but if so, it is probably just some fungus or slime that grows on driftwood. I got a little a while back.

Did you actually put him on a dating site??? If not, you should.
N

No one could pass up somebody as gorgeous as Blob. Sounds like such a nice blob to

Canacullus said:
Keep it as a pet. Get him a wife.

Did you actually put him on a dating site??? If not, you should.
Click to expand...