Okay, so. Not exactly choked, but when I came home from running errands just now, I came in to check the fish and there was Frank, very much in distress with half a ghost shrimp stuck in his mouth. 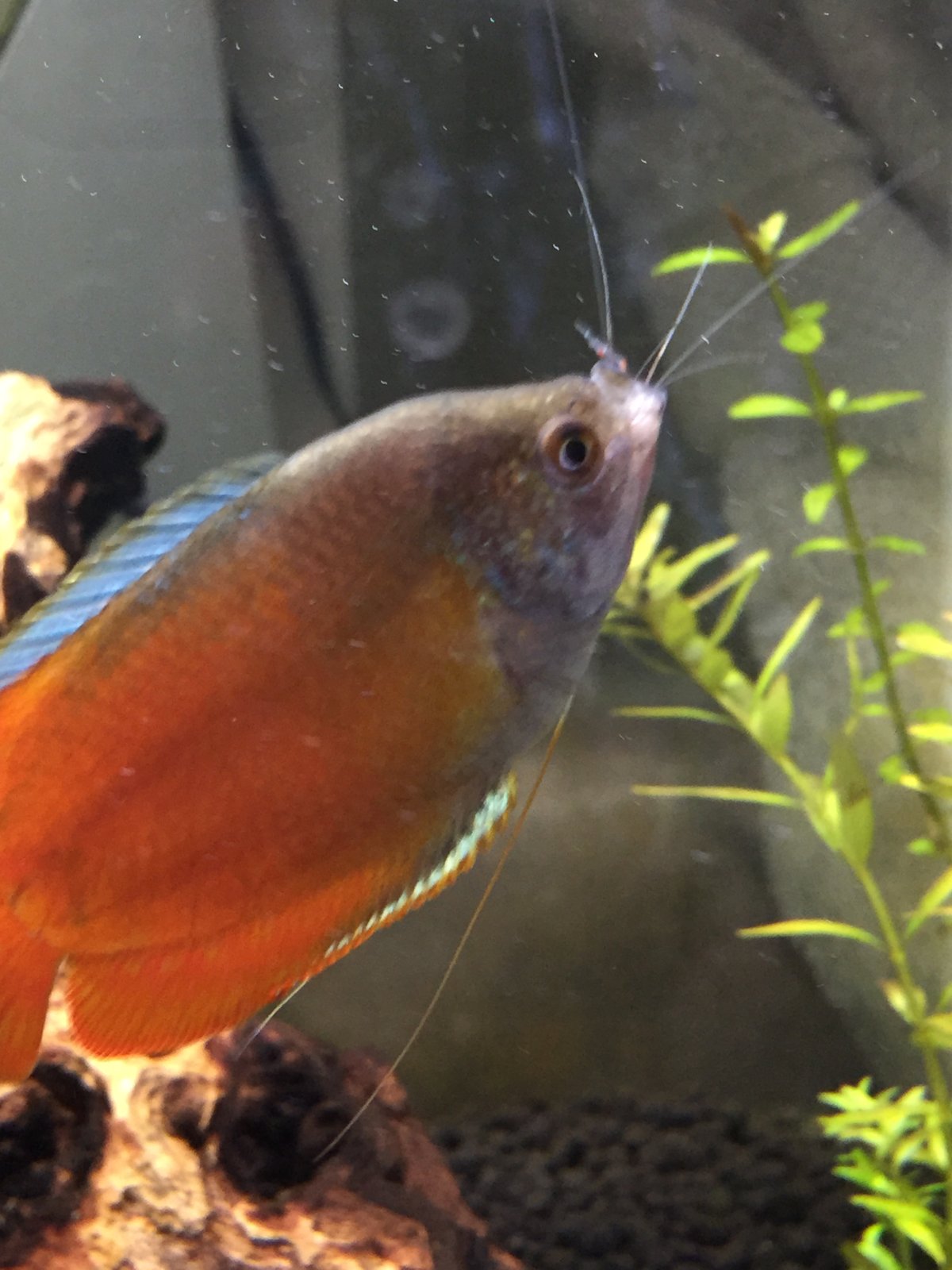 After watching him for two or three minutes not being able to either swallow it or eject it, I (very anxiously) netted Frank and as gently as I could, pulled the entire front half of a shrimp from his mouth, or most of it - when I put him back in the water, he acted like he still had something stuck, but I couldn't see what and I was afraid to go digging around in his mouth with my tweezers and hurt him more. After a few more minutes and some water gulping on his part, he managed to spit out a piece of exoskeleton. He seems to be acting more normal now, and obviously no more shrimp are going in this tank, but I do need to know if there's anything I need to look out for with him? Performing an emergency shrimpectomy was not on my schedule for the day and I am really not sure about postoperative care in this situation.

I've had to do something similar when my African cichlid tried swallowing a 2in OB peacock whole. Just make sure he starts eating again and if he does you should be good.

I will point people to this thread the next time they say DGs are safe to keep with shrimp. LOL poor guy!

I'm sure he'll be fine though if you got the shrimp out. Probably would have if you left it in there too. If there is any exoskeleton left, it will soften eventually and he'll be able to swallow it or spit it out.
OP

Demeter said:
I've had to do something similar when my African cichlid tried swallowing a 2in OB peacock whole. Just make sure he starts eating again and if he does you should be good.
Click to expand...

Well, he came out from under the driftwood with the back half of the shrimp about a minute and a half after I took the front half out of him, so it doesn't seem to have put him off shrimp hunting, at least! xD

He should be fine haha; classic case of fish being toddlers and having eyes bigger than their mouths/stomach lol

And as you pulled it out, if you'd listened very carefully, you'd have heard Frank say, "Hey! I was eating that."

It also proves the point that for fish 'food' constitutes anything they can fit in their mouths... and that sometimes they aren't very good judges of what does.

I hope he makes a full recovery.
OP

At feeding time, Frank ate his share of the fish flakes, bullied the cories away from the flakes they were nibbling on the bottom and then wedged himself under the driftwood where the shrimp had been hiding in case there were any more there.

eek I should learn to read the rest of the posts before posting myself didn't think about carcasses! Our dwarf will try and eat ANYTHING that goes near the tank - siphons, tweezers, fingers.... so I guess shouldn't be surprised. Quick thinking on your part!
Share:
Facebook Twitter Reddit Pinterest WhatsApp Email Link