After the my last fail, i decided to push for another try few days later, this time, fishless cycling and doing every step right starting by a full cleaning of the tank and stuff related too, following by the filtration

I decided to put some money on the inflow / outflow piping, my canister is good but the plastic piping going with wasnt 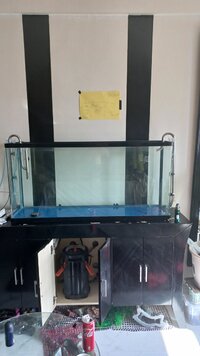 Those are stainless dymax lily. I took a old sponge filter from the small cycled tank and add it as only filtration layer for the meanwhile

Filtration done, i turned on the filtration system. For the amonia source, i used fish food (auto feader every 24 hours to make sure the bacteria get enough amonia to nitryfing)

i bought for 8 kg of substrate gravel dymax for the 65 gallon, put them in few mech bag and transfered inside my small tank (for make the bacteria collonise the substrate), same with all my decor. I also put my media filter (matrix seachem and purigen) in the power filter

Everything ready, i leave my condo the 17 september and back the 27

I transfer everything that i put in small tank in the big one, 48 hours later, reading of nitrite and nitrate while the amonia was dratistically going down, 1 october, 5ppm nitrate 0 amonia / 0 nitrite

As for this morning 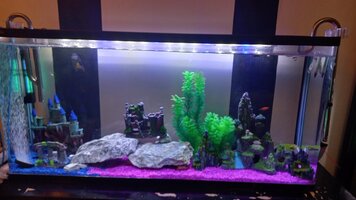 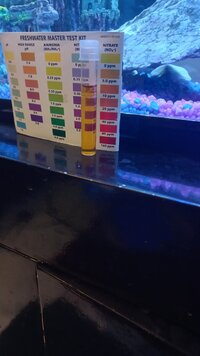 Api test for nitrate is hard to read when its between 5 to 15 ppm (color look alike)
I test for amonia and since the fish are in, daily, the reading for the last 3 days is 0.25 (do the aquarium adjusting because of the fish ?)

Story of a folks who previously failed doing a fish in cycling
You must log in or register to reply here.

Fishless cycle. Is this the right way?

Friday at 2:55 AM
MacZ
A
Using Fluval Cycle