I am rather new to Bettas (as in, this time around doing more research and trying to do things right!) and I’ve had this guy for almost 2 weeks now. He’s been doing well in the new tank (along with a nerite snail and some planted bulbs that are in the process of growing) and is active and eating. I did a partial water change two days ago, and everything appeared just fine. I was gone for just a few hours, came home tonight and his tail looks like there are a bunch of rips, that I am almost certain was not there 24 hours ago. I did have a tall plastic plant in place just until the live plants really started to fill the tank, but now I’m afraid maybe he tore his tail swimming by when I wasn’t home? I’m only questioning it because I was afraid he had some fin rot when I purchased him and now it looks somewhat like his edges are a little more spiked... but this would mean he got worse since adding him to my filtered and heated tank... He seems to have a little trouble swimming and was darting and stressed but I think that has subsided a bit now. I’ve taken out the fake plant, done a water change, and am keeping his room dark and quiet. Do any more experienced eyes have any suggestions on what happened or what would be the best steps to take from here?? I tried to get some photos but they aren’t great, I’ll see if I can take some more. I will also include what he looked like yesterday to compare... Please help this newbie! 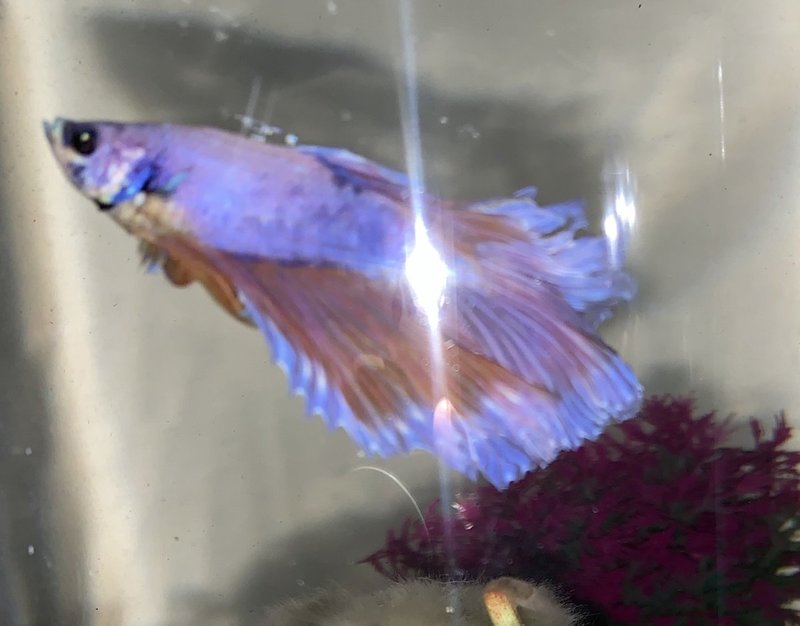 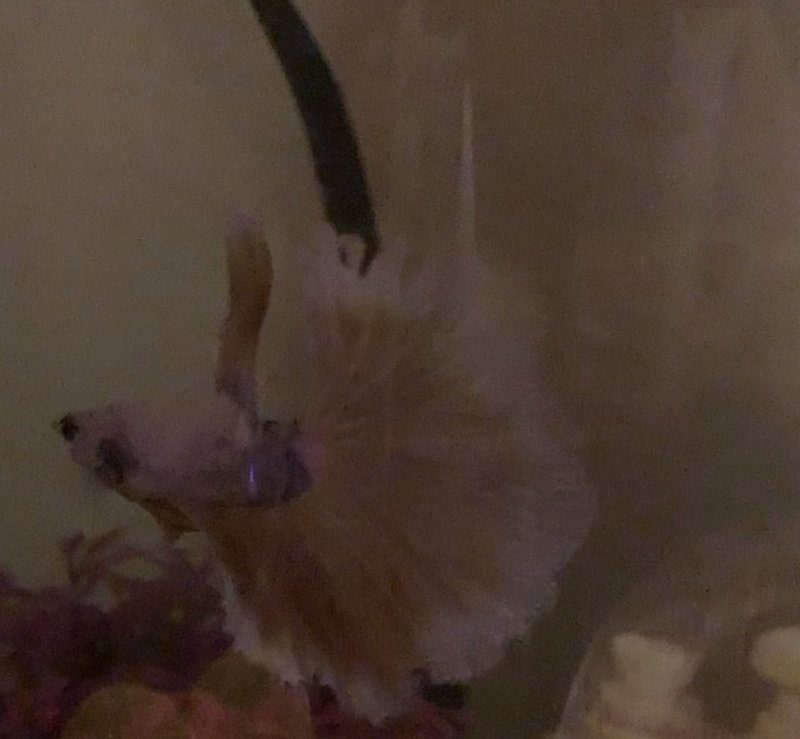 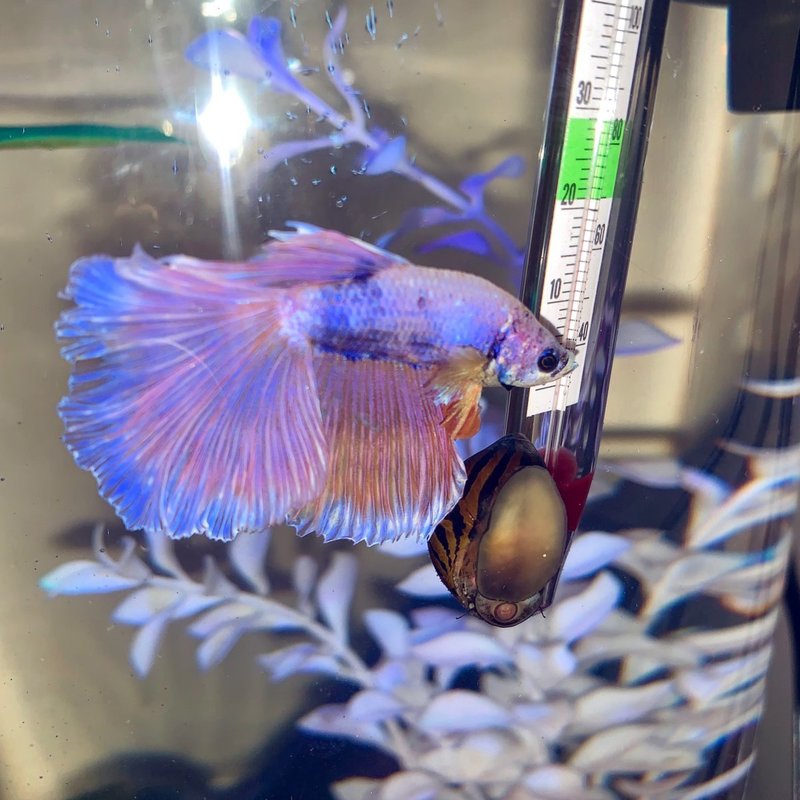 to me it looks a bit more like a tear rather than rot. he may be ripping them on things like plastic plants or the filter intake. you can try putting decor in front of the intake or a sponge if its the filter- if its decor you could remove it and replace it with silk or real plants or try sanding down any sharp spots. to tell if its sharp enough to cut his fins just run some pantyhose across it- if it snags or pulls the panty hose it can tear his fins.

finrot typically won't progress that quickly and in my experience tends to shorten the whole fin over time. it usually also has a more grey outline rather than a white one.

as far as recovery goes the process is pretty much the same whether its rot or a tear- just keep the water clean. if you really want you can give him an aquarium salt bath to make sure everything is disinfected and clean. I don't think your lil guy needs it but it may give you peace of mind.
OP

Thank you! Yes, I think it was one of my fake plants that were there before the live ones got taller. It seemed okay and not so rough but that’s all I can think of. He does seem more jumpy still so not sure what that’s about...
I do have some aquarium salt but I keep getting mixed feedback on whether it helps or makes things worse, so I’d love to hear any of your experiences with it!
Thank you for the advice!

in my experience salt with freshwater fish is best used in very small quantities and not added directly to the tank itself. I have one of those kritter-keepers/ platic bug catcher boxes that I use when my betta has a tear or needs to be medicated for any reason. I put the appropriate amount of water and dose it accordingly then put him into it. If you do this make sure you mix the salt into the water first because it can cause issues if the actual chunks touch a fish.

I typically like to give my guy a 10-15 minute bath once every few months just because he has this sort of permanent damage on his fins from ammonia burns (he was kept in a cup at the pet store for weeks). Sometimes little bits fall off or tear a bit from biting and I find the extra cleaning helps him heal (and keeps my paranoia down).
OP