I've had my dumbo halfmoon betta for a little over a month now and he has been doing wonderful. He's in a 5.5 gallon tank all by himself with silk plants and a few ornaments. He as a small HOB filter that both the intake and output have been baffled (output was pushing him around and I thought the intake was my current problem). Recently however, his dorsal, caudal, and analfins have shredded, mainly the caudal. It started with a few slight tears that began healing very quickly, but yesterday I woke up to it shredded to bits, split in half, and shortened quite a bit in some places. I quickly removed all the decorations to make sure they were safe and removed the one that seemed to be a bit rough. I was also afraid it might have been the filter intake so I covered it with some prefilter and pantyhose to be extra safe. I thought I had solved the problem and his fins would be healing soon; however, this afternoon I returned to check on him and he had managed to rip his fins up some more! I'm at a loss here. I truly believed he had initially just snagged his fins on something, but with the increasing damage I have started treating him for mild fin rot with daily partial water changes and a bit of aquarium salt since neither will harm him if it's not fin rot (as long as the AQ salt doses aren't too much of course). But there is no discoloration to his fins and he's acting completely normal, so I'm wondering if he is actually a tail biter? I've been trying to tell all day and the only thing that is making me lean more towards tail biting is how fast it has progressed. He had beautiful, full fins just two days ago! and now they're in tatters! I've talked to some of my friends who also have bettas and they don't really know either so any opinions would help! if it is fin rot, I'll go straight to treating it more seriously as such. If it seems more like tail biting, I know you can't really stop a betta from biting once it has started, but any suggestions on how to reduce it would be wonderful!

here are some pictures over the last few days:

the day I got him (nice full fins, maybe a little rough around the edges but he did come from a pet store so that's not surprising)

day i got Nico :)
yesterday morning

april 14 2018 (evening)
currently - you can see the bottom of his caudal fin is now ripped, the back of his analfin is ripped, and the back of his dorsal fin is also a bit torn (it wasn't this morning). (sorry for photos, he is not in the mood for pictures right now)

april 15 2018
I'm sorry I don't have a picture of him right before his fins began tearing. I wasn't planning on them tearing or being this confused if they did :// however, his fins essentially looked the way they did when I got him, just a bit more full and with a tiny bit more color.

i'm also including a picture of his tank set up just in case.

tank set up april 15 2018
all plants are silk. yes there is a dragon in it that COULD maybe have the SLIGHTEST chance of snagging, but I've done the pantyhose test multiple times on the dragon and it HAS passed. the dragon has not been a problem the entire time I have had Nico and I don't see why it would suddenly be an issue. I've also seen many other betta owners with the same decoration or a very similar one, and it has not caused them any problems, but I know every betta is different and Nico could have just discovered the one angle to swim by or against it that would tear his fins up. but, if it seems more like fin ripping from snagging something sharp, I will definitely remove the dragon.

any feedback is truly helpful. I just want my Nico to be happy and healthy

I can't seem to see any pictures. Can you post again?

That is fin rot. Having not 0 ammonia for 1 day is enough to do that. I would keep up the WC and see if it improves.

PS: keeping a betta in salt for over 10 days runs a very high risk of kidney failure (dropsy).
If/after salt stops fin rot, it does nothing to help fins grow and becomes an irritant.

these are the s
day I got him 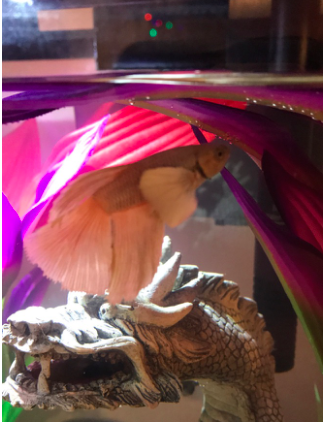 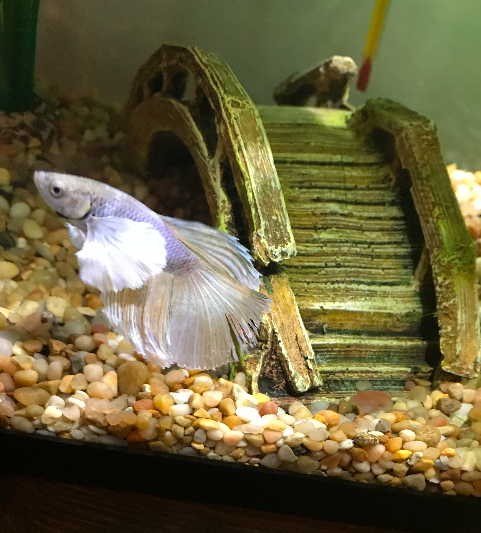 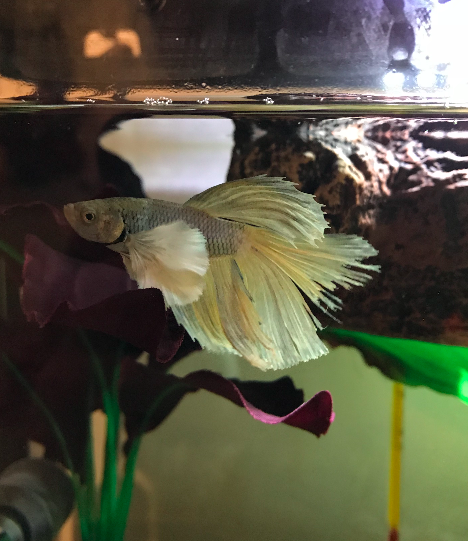 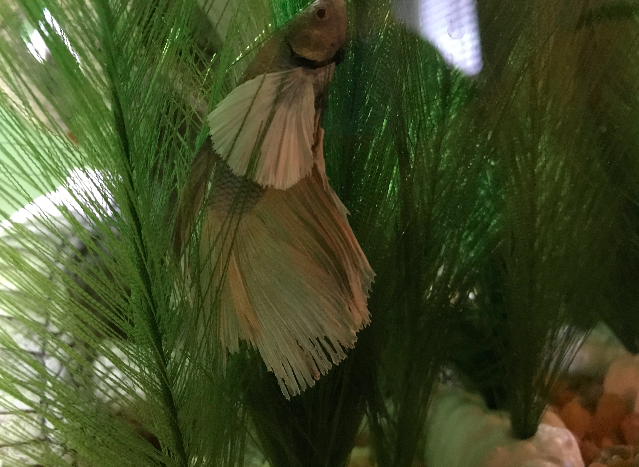 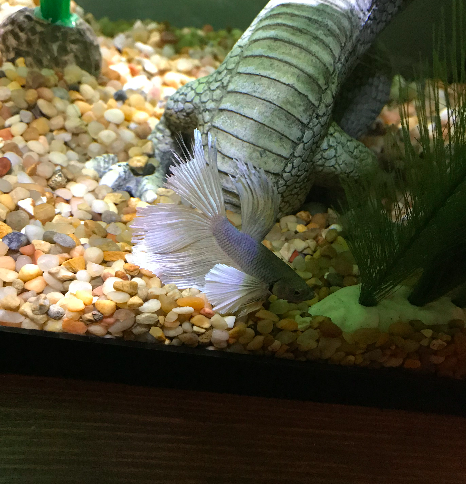 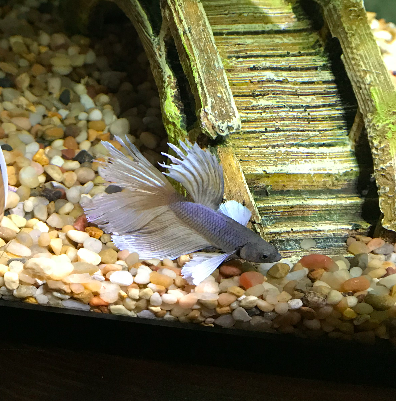 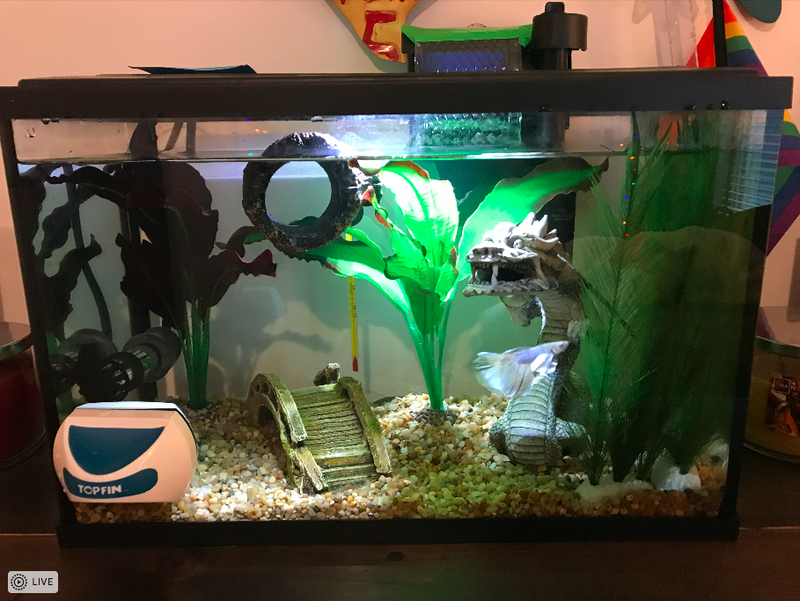 tunafax said:
That is fin rot. Having not 0 ammonia for 1 day is enough to do that. I would keep up the WC and see if it improves.

PS: keeping a betta in salt for over 10 days runs a very high risk of kidney failure (dropsy).
If/after salt stops fin rot, it does nothing to help fins grow and becomes an irritant.
Click to expand...

thank you! I wasn't planning on using the salt for more than 6 or 7 days to hopefully avoid any other issues

Very good! Then with your care the little guy is on his way to recovery. ^ _ ^

The only thing from my personal experience with elephant ear bettas is that their fins are much more fragile than other bettas. Being extra careful will go a long way.

I've had a tail biter before and that is definitely the area they bite when they do which is probably why the caudal is worse than everywhere else, so I think it's a mixture of him biting his own tail and then a little fin rot on the other fins
You must log in or register to reply here.
Share:
Facebook Twitter Reddit Pinterest WhatsApp Email Link
Toggle Sidebar