The other day I went to a pet store, wanting to buy some emperor tetras. They didn’t have the standard purple/blue ones, but they did have what was labeled “black emperor tetras”, the ones that look like this:

Yes they are different species. The fish pictured above is the emperor tetra - Nematobrycon palmeri. The purple emperor/royal tetra is Inpaichthys kerri. Different species, different genus. Wait for more of the purples if that is the species you want.

Purples are smaller and apparently they are better schoolers.

Thanks! I didn’t think they looked similar enough to be the same species but you never know with fish.

So Black Emperors are just a color variant of regular Emperor Tetras. Just to avoid some confusion that I see here, let's show some pictures:

This is a male Emperor Tetra, Nematobrycon palmeri. Well known for many decades: 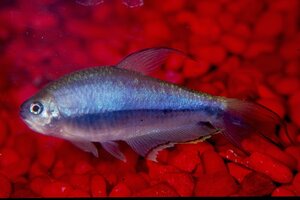 This is a Black Emperor Tetra. It is a color variant of the common Emperor Tetra, first produced around 1970, but suddenly became more popular just a few years ago: 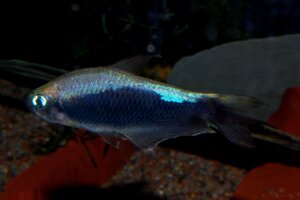 And this fish is a different genus and species, which has gotten quite popular. It has several common names, including Purple Emperor, Blue Emperor, King Tetra, and Purple Neon. It is Inpaichthys kerri, and is actually not that closely related to the Nematobrycon genus: 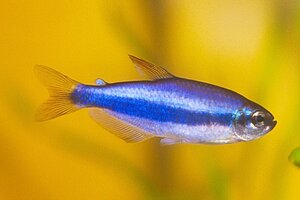 And just for good measure, this last fish is known as the Red Eyed Emperor, also the Rainbow Emperor, Nematobrycon lacortei: 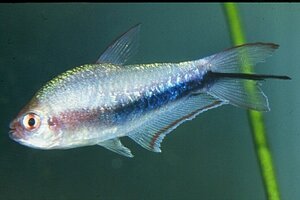 I have the purple emperors. So yeah, definitely a different species than the black ones.

N
Im not sure what's wrong with my Emperor Tetra?

Has Anybody Here Bred Emperor Tetras or Denison Barbs?