Common names: Emperor tetra, Rainbow tetra.
Size: 5cm
pH: 5.0 – 7.5
Tempº: 23ºC - 27ºC
Tank region: Middle layer
Origin: Columbia
Gender: Males are larger and develop extended anal, dorsal and caudal fins as they grow. Males iris’s are blue, female’s are green.
Notes: This stunning tetra is a fantastic schooling fish for the aquarium. They are peaceful, and need to be kept in groups of 6. They will take pretty much any food offered! You may often find Inpaichthys kerrI offered for sale as N.palmerI – but they are not as colorful, does not develop trailing fins and doesn’t have colored eyes! Fortunately, it easy to tell them apart when young though, as N.palmerI lacks an adipose fin, but I.kerrI has an adipose fin!

Common names: Purple emperor tetra, Blue emperor tetra, emperor tetra.
Size: 3-4cm
pH: 5.0 – 7.5
Tempº: 24ºC - 28ºC
Tank region: Middle layer
Origin: Brazil
Gender: Males have larger fins, and the male’s andipose fin is blue whilst the female’s is red.
Notes: This small tetra is often sold as Nematobrycon palmeri, but it is easy to tell the difference as this fish has an adipose fin, and N.palmerI lacks the adipose fin. They are simple to care for , but can be rather delicate. They need to be kept in a school of at least 6. 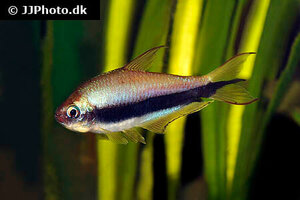 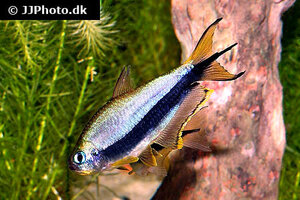 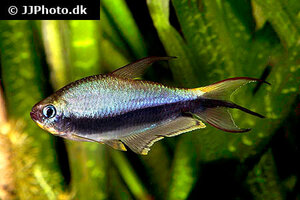 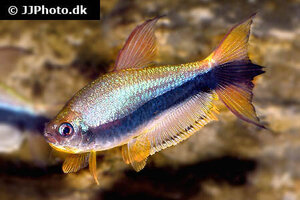 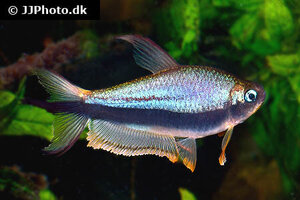 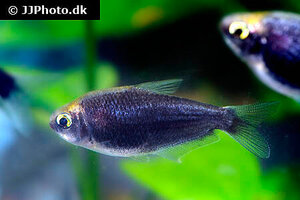