Crayfish Finally Has It's Hide.

So after fighting with a piece of mopanI driftwood for three day (tannins were still going strong after 10 hours of boiling, changing water, boiling etc. etc.) I decided that the cray needed it's hide now. The white line down the back of it was becoming more pronounced and if it's shed was imminent, I wanted it to feel more secure. Late last night I finally just stuck it in cold water to bring the core heat down and then transferred it to the tank. The cray climbed on it, went behind it, hung out in the plants I put around it. It did everything but go in it! When I awoke this morning I discovered that he had found the cave during the night. It's basically just hanging out in there now. It's making sand mountains and has removed all the sand I put at the small opening in the back.
There are no noticeable tannins in the tank, maybe because it's a cold water tank. I got lucky with that. I'm glad it has it's cave. It seems to be enjoying it. 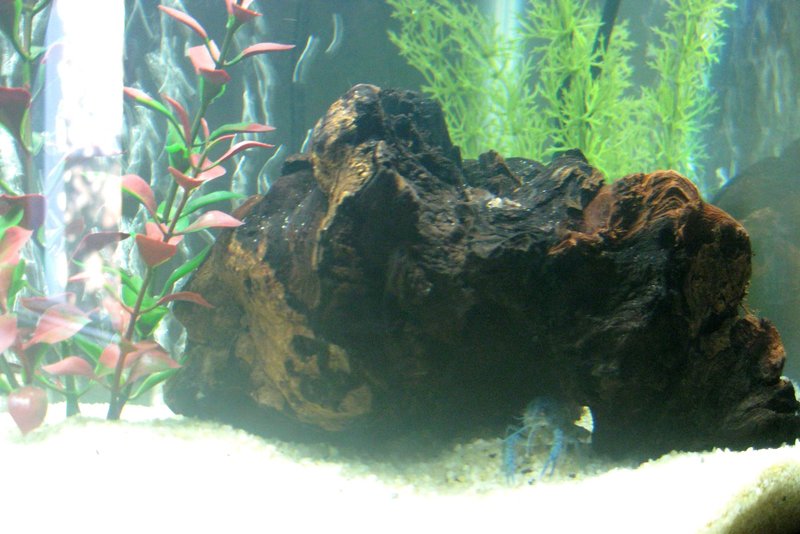 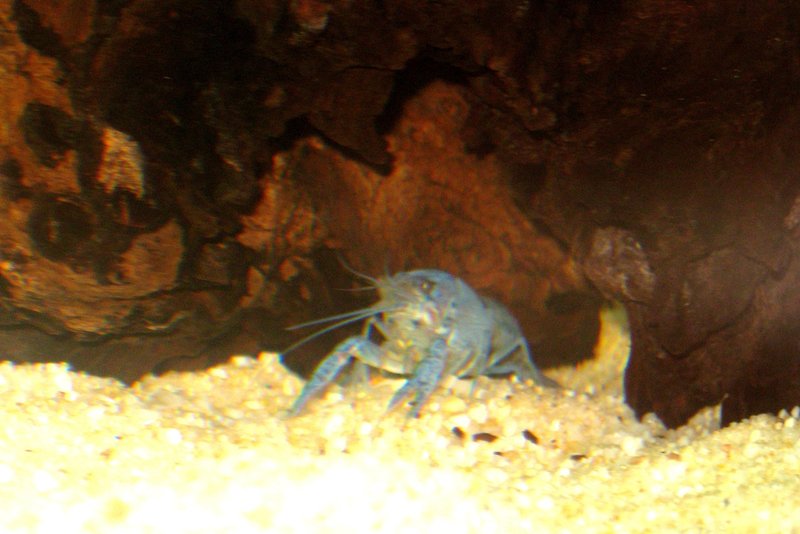 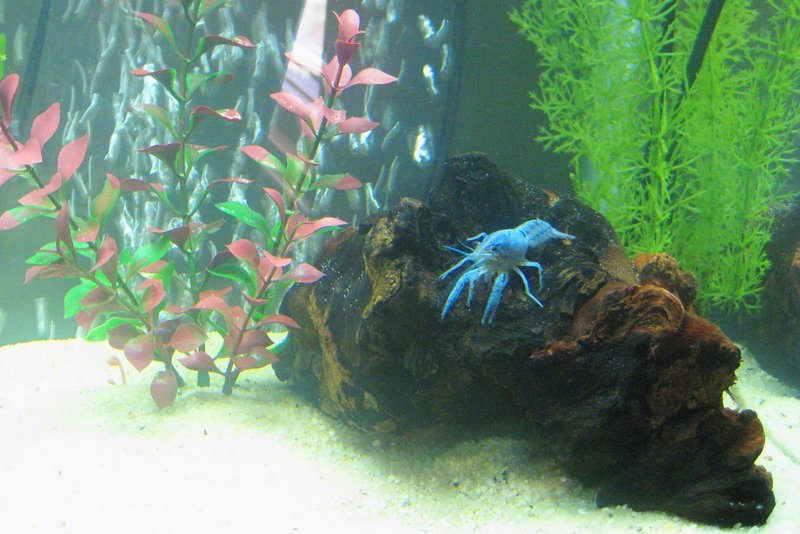 Question, why were you so adamant on removing the Tannins from your wood? Is it a problem for the aquarium inhabitants?
OP

No problem for the crayfish. He could care less. I don't like my tanks to look like I dumped gallons of tea into them. Simple as that, it's my preference.
T