After adopting this featherfin catfish from a friend who wasnt taking great care of him, i've noticed a lot of fin re-growth. He might've had fin rot from what a few people have said. After looking very closely I've noticed a very faint, strait line of white dots. Im assuming its not ich (hopefully) but I've seen it on other featherfins and don't know if thats a normal thing for them. What could this be? (The line of spots is down the middle of him, theres also specs on the glass so try not to get those mixed up) 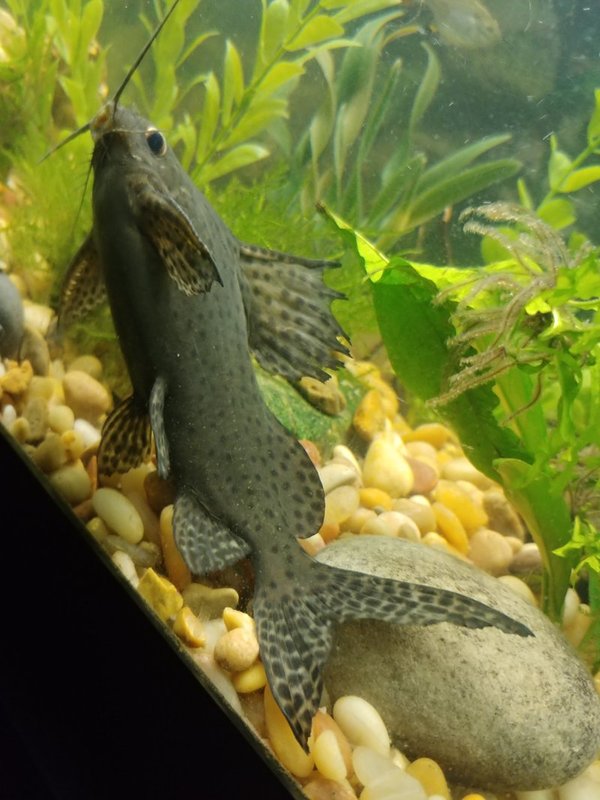 Looks like ick. treat it with warm water. preferably 82-86 but do the highest temperature your fish will allow

That's what I was thinking, thanks

Gecky said:
That's what I was thinking, thanks
Click to expand...

Your catfish looks cool. Is it a syndontis?

Discus-Tang said:
Your catfish looks cool. Is it a syndontis?
Click to expand...