Hey everyone. I bought this guy as a Carpintis but I'm not sure if he actually is one. What do you guys think? Is he a Carpintis or a Cyano? He had fry with my Female Convict and I am taking the Hybrid fry to the Fish auction this coming Sunday and want to make sure I know what the parents actually are lol. Thank you!! 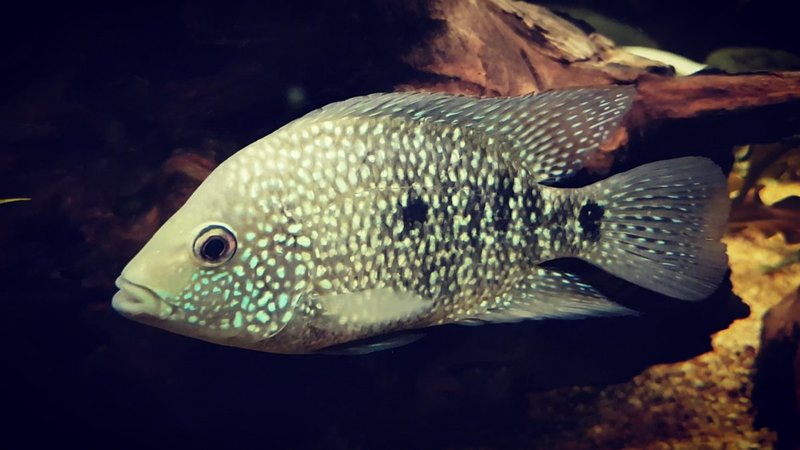 I believe your Texas is a Cyano. There are so many variations available that its often difficult to positively ID.
The old way to determine Cyano vs Carpintis was
Cyano has spots & Carpintis has blotches, but some Carpintus have elongated blotchy parterns & some don't, and the dots on some Cyano are not uniform in shape, which further complicates things. Cyano & Carpintus have different body shapes. Cyano are bigger w/ larger potential for a nuchal hump. Heres a pic of my Green Texas Carpintis for comparison. 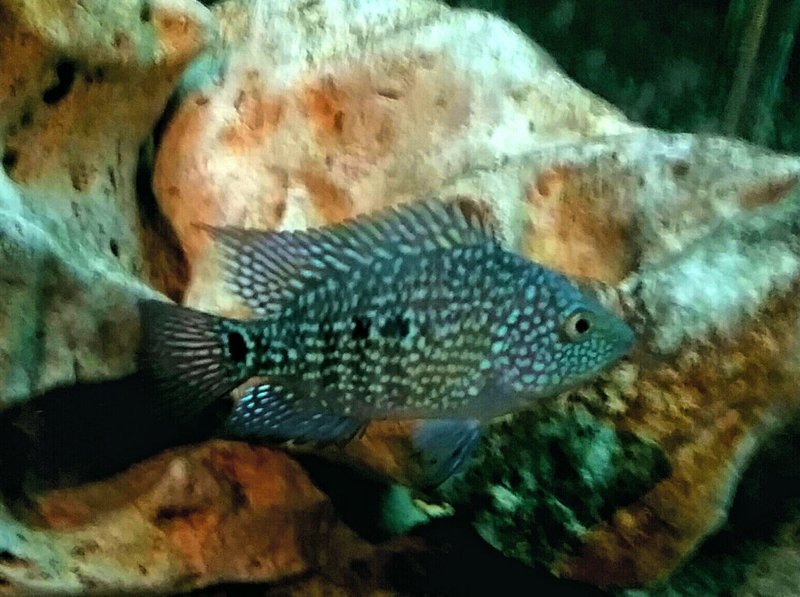 It's a carpintis. The Cyano has very small spangles; the size of the spangles on this fish indicate a carpintis.

Also, there is the concern of hybrids in the hobby between the two species. There is a population in Lake Pontchartrain in Louisiana that comes from released hybrid stock.
OP

Thank you!! The person I did buy it from said it was a Texas Carpintis.. So maybe it is a hybrid!

You mentioned that it had frys? I thought that hybrids are not fertile? Or those fish is varieties of the same species?
OP

lonewolf 47 said:
You mentioned that it had frys? I thought that hybrids are not fertile? Or those fish is varieties of the same species?
Click to expand...

Yes he had fry with my female convict. 3 batches lol! Never heard of hybrids being not fertile.. So I'm not sure about that. Whatever he is... hybrid or not, he is definitely fertile.

schmalzy_x0 said:
Yes he had fry with my female convict. 3 batches lol! Never heard of hybrids being not fertile.. So I'm not sure about that. Whatever he is... hybrid or not, he is definitely fertile.
Click to expand...

If the cross is from interspecies, often the offspring will be sterile to prevent genes from intermingling and keep species separate. He's nice looking btw!

Actually, interspecies hybrids are not sterile all that often. Sometimes they are predominantly one sex, but among CA/NA Cichlids, that doesn't seem to be a problem, either. After all, Red Texas is a hybrid of one of the Herichthys species and one of the Red Devil species, currently two different Genera, and yet they are quite fertile. And hybrids of the two Herichthys species in question above are already known to be quite fertile.