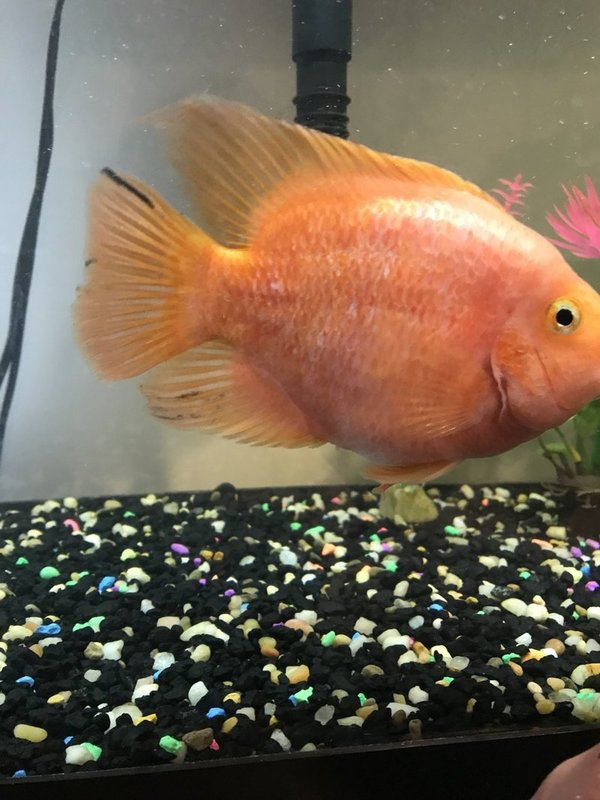 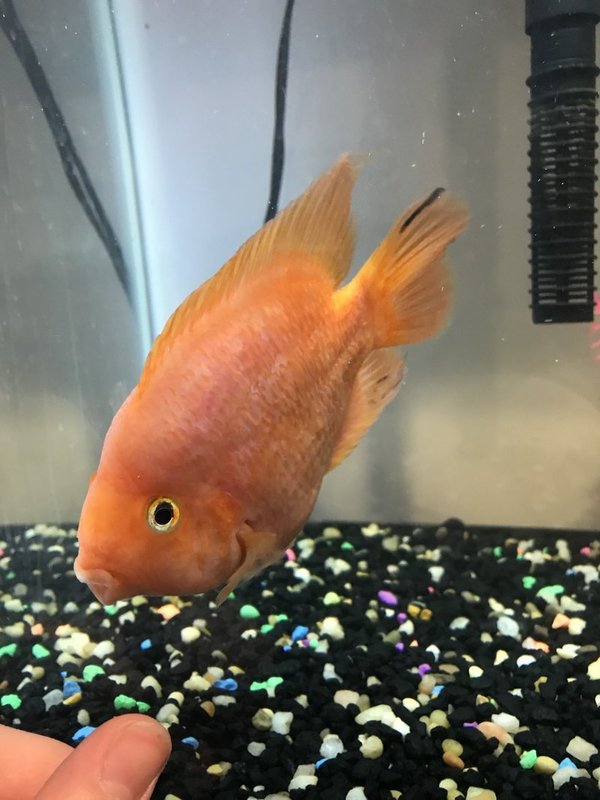 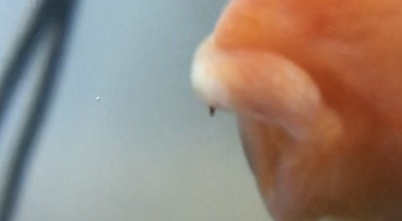 Hi. I want to say the last photo is what I want to know and the other two are over all photos of him, my finger is there because he fallows my finger and I was getting him to turn to the side lol. So in the last photo you see this tiny black thing on his mouth. It looks like a tooth but I thaught BP’s don’t have teeth. I want to make sure this isn’t a parasite or something. I think he may be entering breeding season because he is getting some black on him, he has also been a little more aggressive towards his tankmates recently. The water parameters are fine (ammonia 0 nitrite 0 all that stuff is fine) and he lives with two Oscars (10 and 7 inches) and a flower horn (3 inches) in a 55. Before I continue I want to say that YES I know this is to small a tank and I am upgrading ASAP don’t worry, this is NOT their permanent home. I am just concerned that he will bully the other ones as he almost killed one of my oscars once during a mating season. So I want to know this: is this just a tooth caused by mating season? Or is it perhaps just something they divelope? Is it a parasite? Or am I just overthinking things like I normally do? If it is a mati season thing any idea on how to stop him from being so aggressive this time. He wasn’t even 5 inches when he almost killed my Oscar (granted the Oscar was smaller then but still) and I don’t even want to know what he could do now and I don’t have a QT big enough for one of these guys if they get hurt so and ideas? Thanks

Is the main question just about the tooth? Yes blood parrots have teeth and yes they are generally black so that very well could be what it is. No fish do not growth teeth when in breeding mode and there really isn't a mating season for captive fish. They spawn when conditions are right not at a certain time of year.

If you see your fish getting bullied the only way to prevent injury is to remove the aggressor. It's kinda hard to prevent 2 fish from fighting if they're forced to be together. You should look into getting at least a 20gal tote to use as a quarantine tank.

That’s a good size tooth! Mine don’t have teeth, at least not that I can see but I know they can have them and some are black. I also would see if you can do something so your other fish don’t get hurt because I would think that could do some pretty good damage.

That’s kinda what I figured. I just thaught that BP’s only have teeth in the back of their mouths. And if he starts getting aggressive I will figure something out. Thanks to all

Oh one more thing. Anyone know WHY he would grow a tooth up front, I only just noticed it today

Cichlids have teeth, they also have a second set of jaws (which is what you may be confusing as teeth in the mouth), his visible tooth is just very prominent.