Betta With A Lump on their Cheek

So, I have been caring for a galaxy koi betta I've named Patches (For when he was younger he had one bright white eye and one solid black eye, giving him the look of wearing an eye patch.) for a little under a year now and he has developed a lump on the side of his cheek. The lump started small, maybe half the size of his eye, and over the course of two months has grown in size, and it appears the skin has broken a bit as well. I have been unable to identify what the cause of the lump could be. No other physical changes or behavioral changes either. He swims strong, is active when I give him his bobber and mirror to play with, eats hardy and even builds bubble nests from time to time. He shares his tank with some corydoras which he gets along with well, they have shown no similar bumps on their bodies and are as active and healthy as when I first adopted them. But the continues growth on the betta's cheek is becoming a concern. I've tried treating him with anti-bacterial with no effect. If this is cancer then I will continue to enjoy him why'll he is alive, but if this appears to be some form of infection or disease, I hope someone can give me advice on how to treat it, if it's even treatable.
I once had a blue marbled betta with similar lumps, after a while he developed many more lumps and passed away, leading me to believe it may have been cancer. I certainly hope this isn't a repeat. 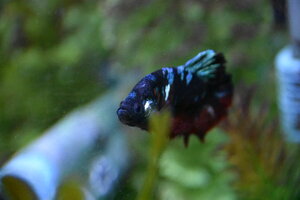 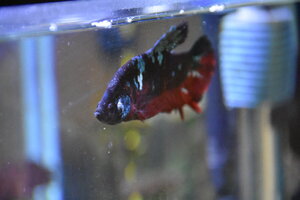 My guess is towards a tumor, pretty common in bettas it seems. Only have had 1 so far that developed a tumor later in life.

My guess is towards a tumor, pretty common in bettas it seems. Only have had 1 so far that developed a tumor later in life.
Click to expand...

Well, I guess I’ll just wait and see how he develops. Who knows, maybe he’s still got a good year or two on his clock.
You must log in or register to reply here.

Trying to compile a master list of aquarium-safe DIY materials