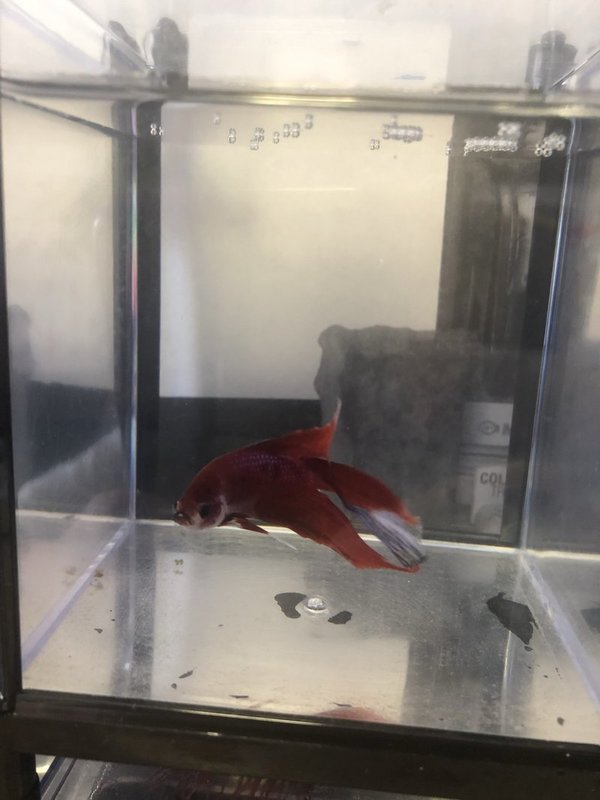 My HMPK galaxy koi betta I’ll be getting at the end of July! 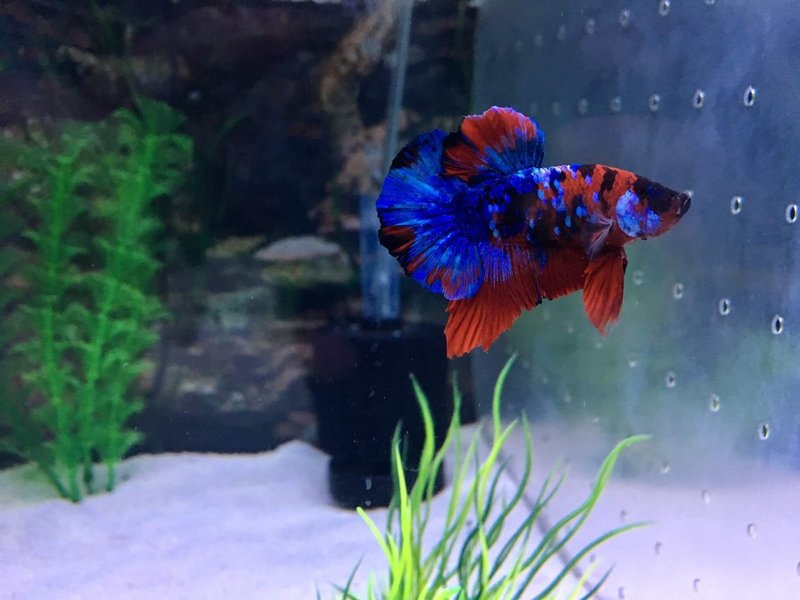 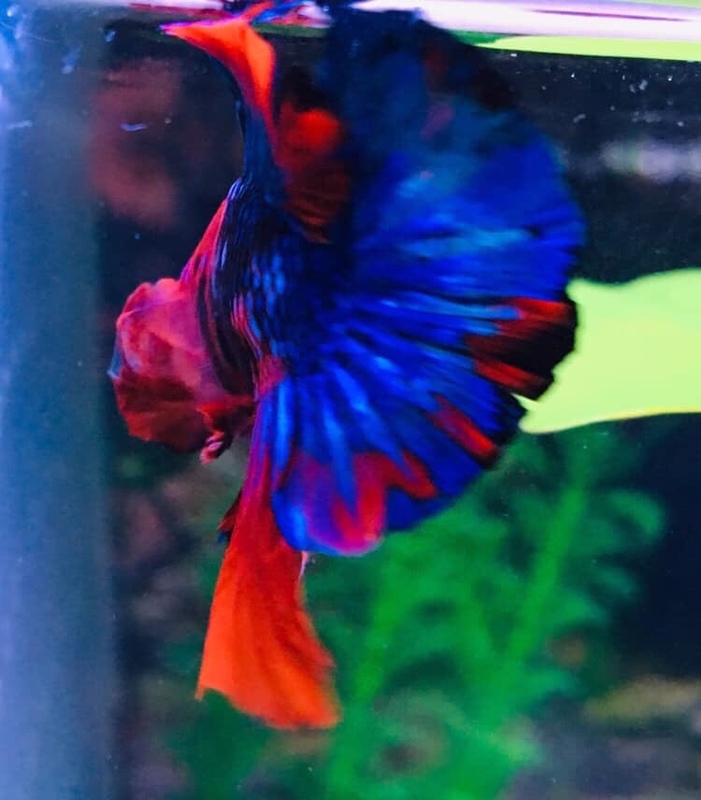 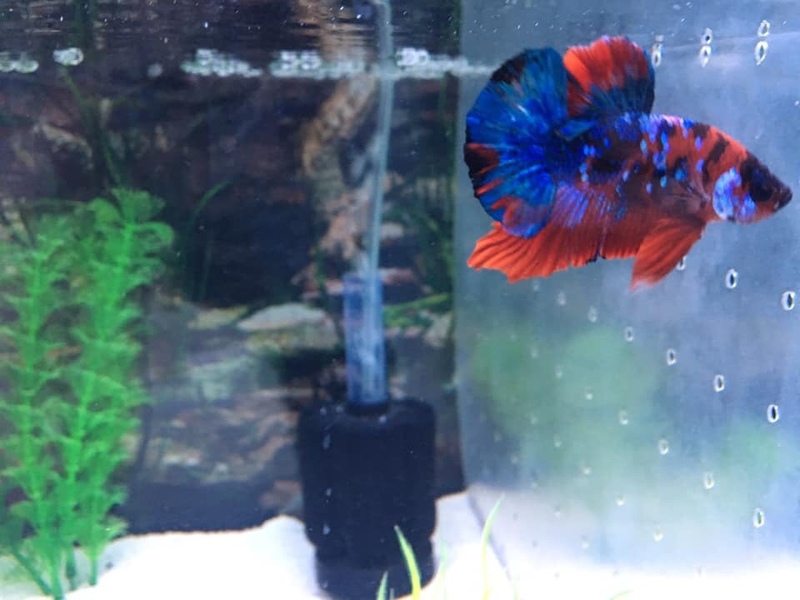 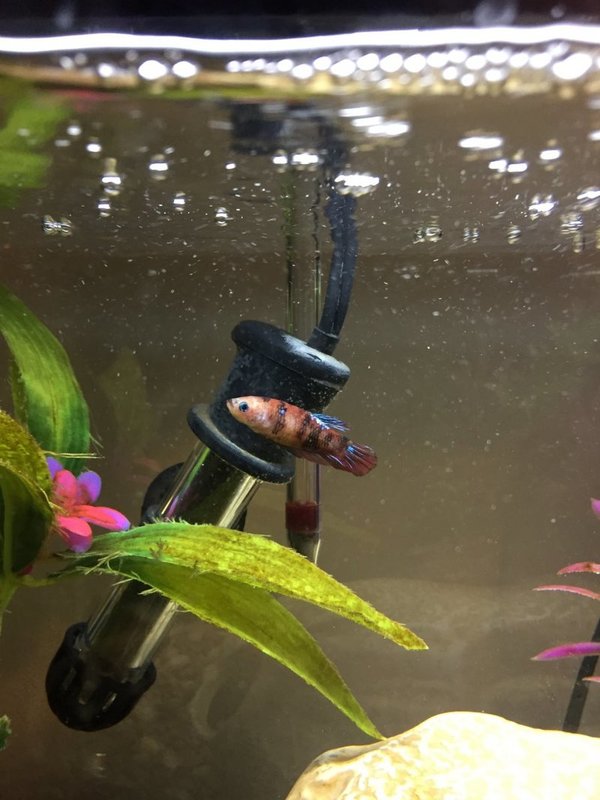 My new Betta just got her today.

This is Freddie, my new Melanistic Butterfly Super Delta. I brought him home yesterday, he was still in the same tiny bag in which he was shipped from Indonesia, which had ammonia levels off the charts as per my Master Test Kit.

Here he is a few minutes after I put him in the tank, looking very pale: 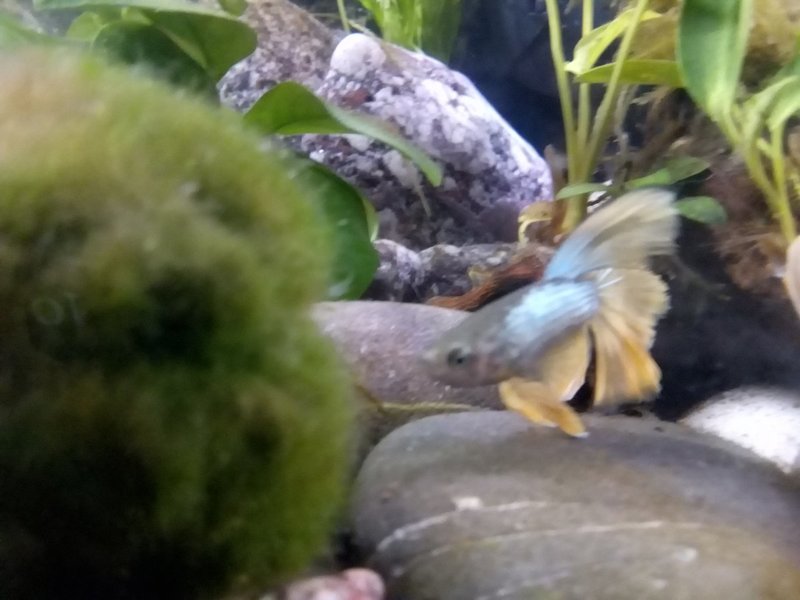 But today he's colouring up beautifully. He's not missing an eye, he's just that dark! He's missing scales on his head, I assume from ammonia burn. He also seems to have chomped a piece of his own analfin during shipping, but who can blame him? That bag was smaller than I've ever seen used for any fish and only contained about 100ml (or 1/2 cup US) of water! He should heal up soon. 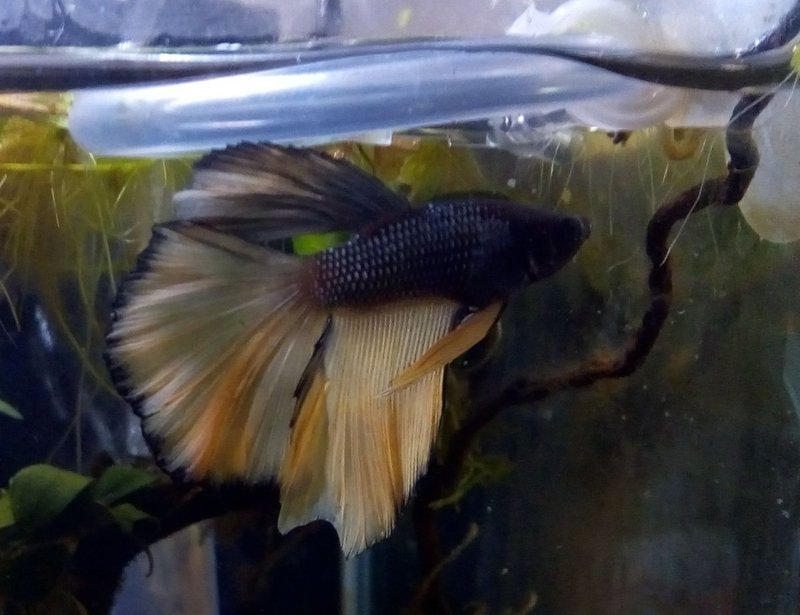 I got this beautiful guy at my local betta shop/breeder today! Acclimating 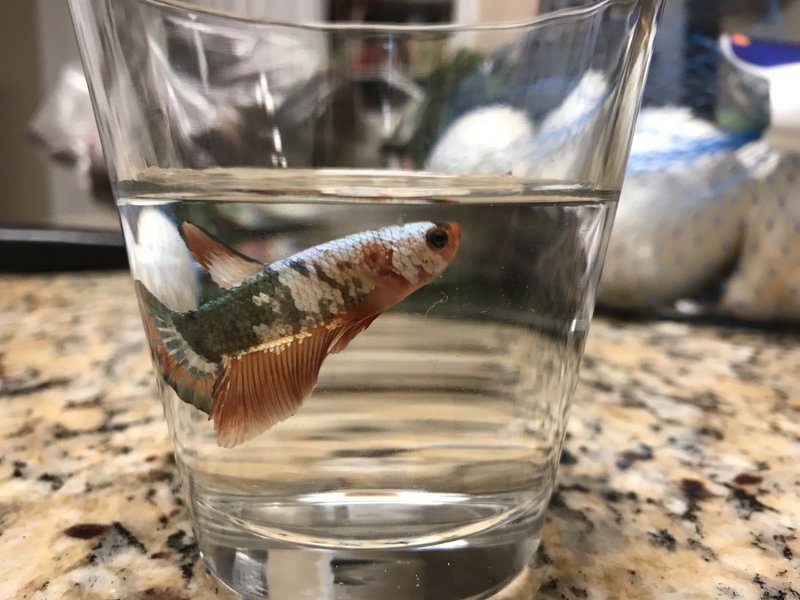 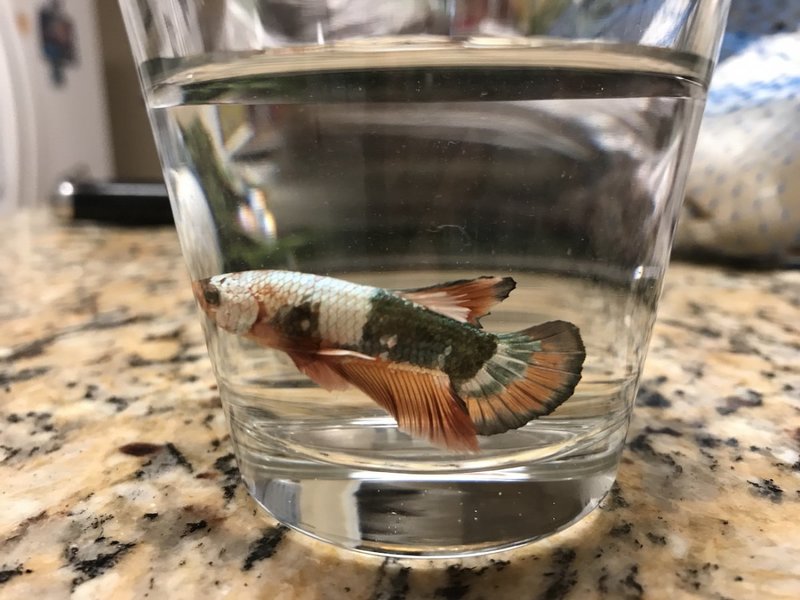 With a whole 5 gal tank below to swim in, Zed still likes to hang out in his elevated bottle. 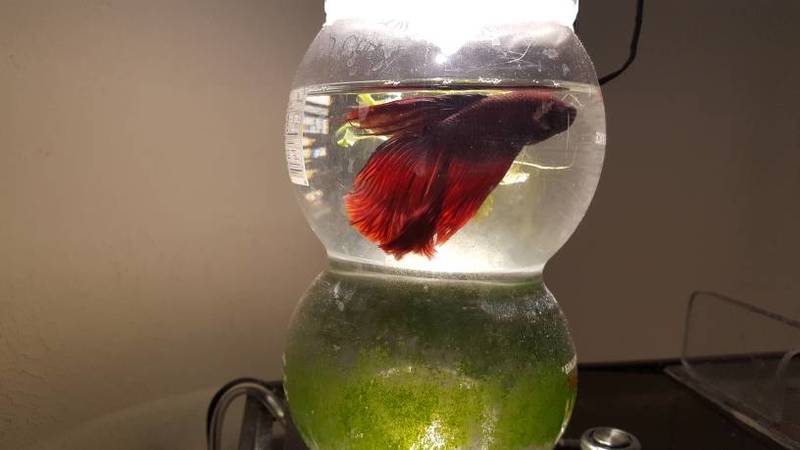 Rosencross after I just added a boat load of plants. 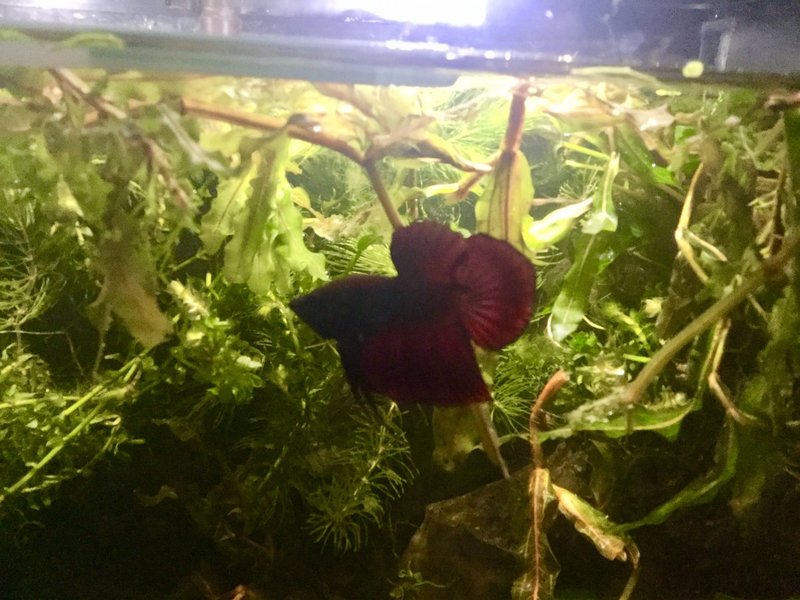 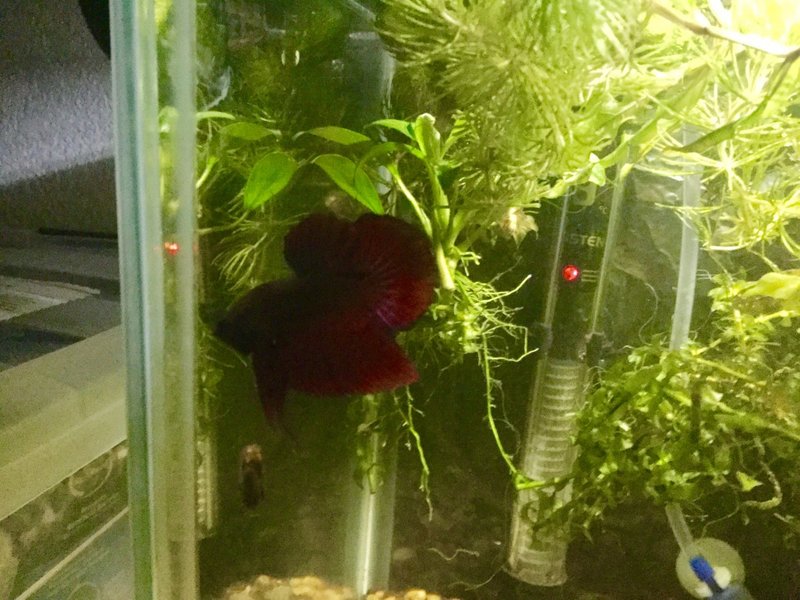 Here’s my male Betta. He is a black orchid. I just love how he changes colors from blue to black. Hope you guys enjoy. 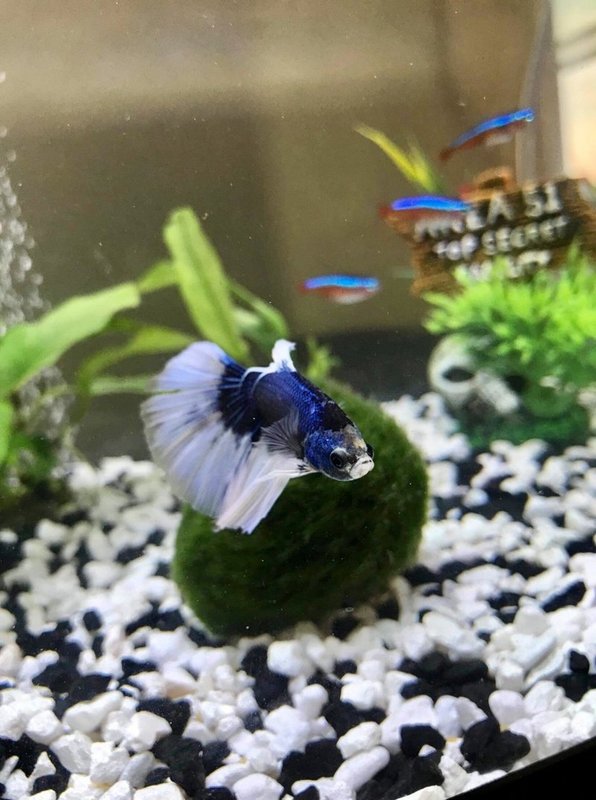 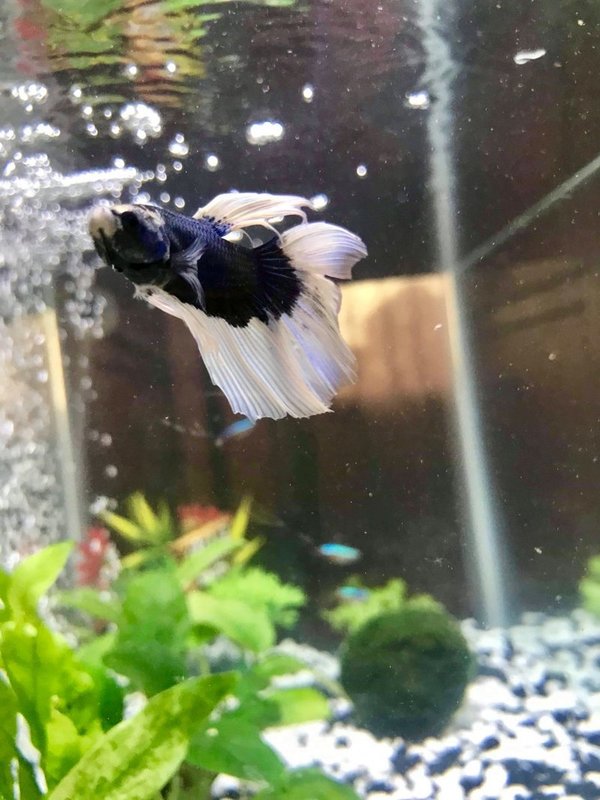 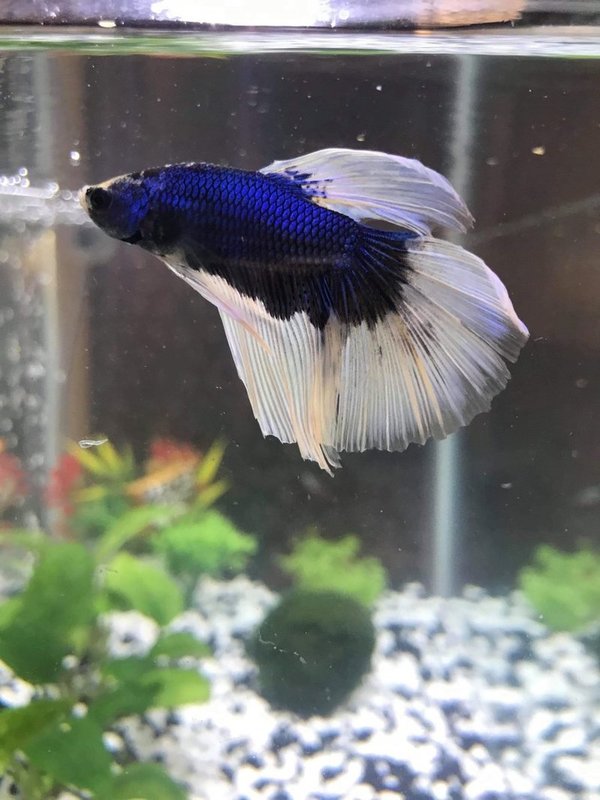 If you guys had to pick between these 3, which would you pick?
Blue and red dragon plakat 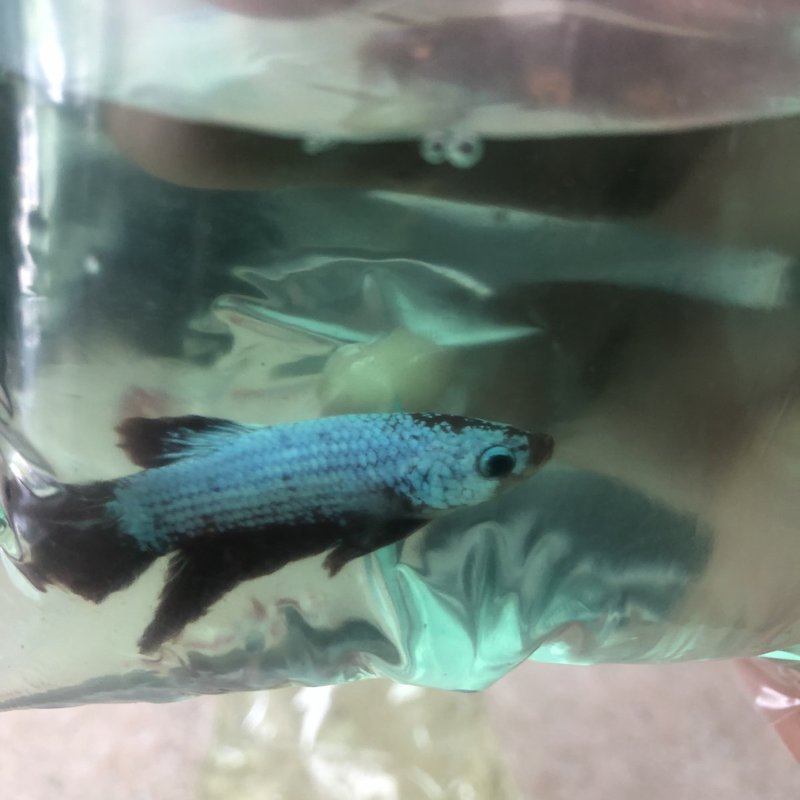 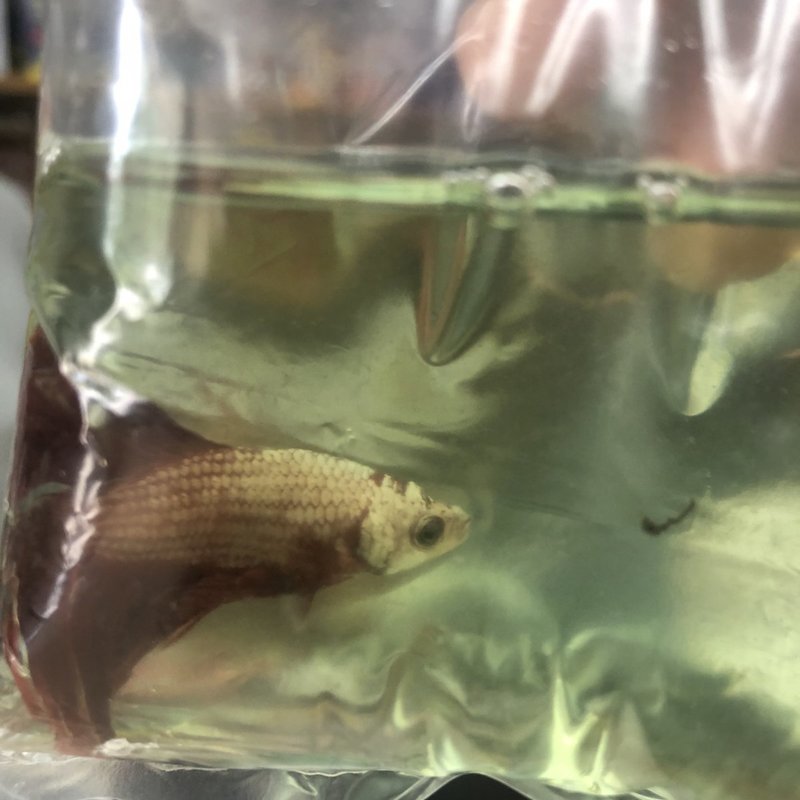 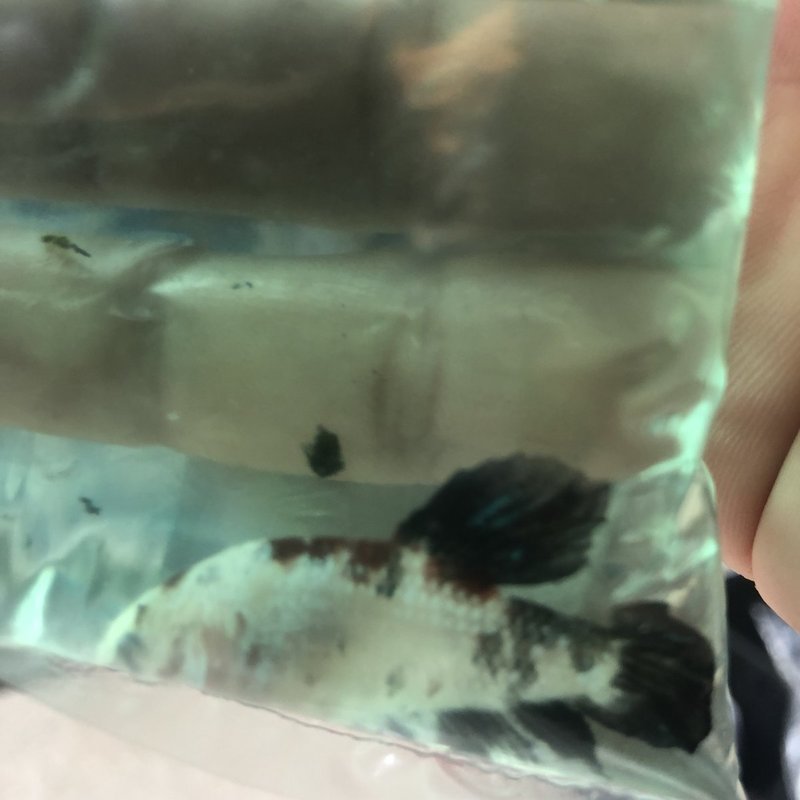 My Betta Scrump who unfortunately passed away a couple months ago.

3 pics of photogenic Red "The Hound" (my 2-year old calls him red) a PetSmart Betta that had swim bladder disorder/ left for dead/ when purchased. Now rehabbed and healthy. He likes to be talked to and he loves hiding in the tall plant and in his caves.

Interesting betta I bred. Pretty sure its a slow developing male, acts like a boy and has no interest in breeding with a male yet it looks more like a female. Darn thing just started getting big pelvic fins and filling out more. 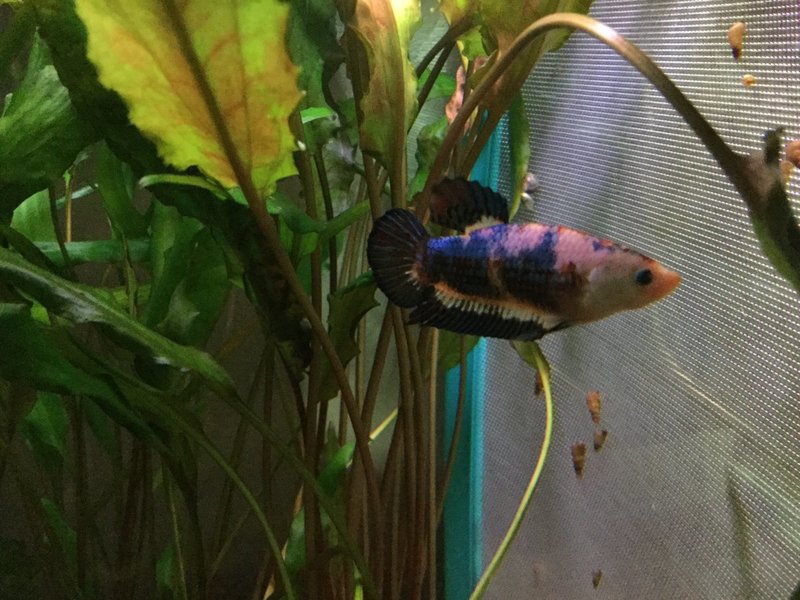 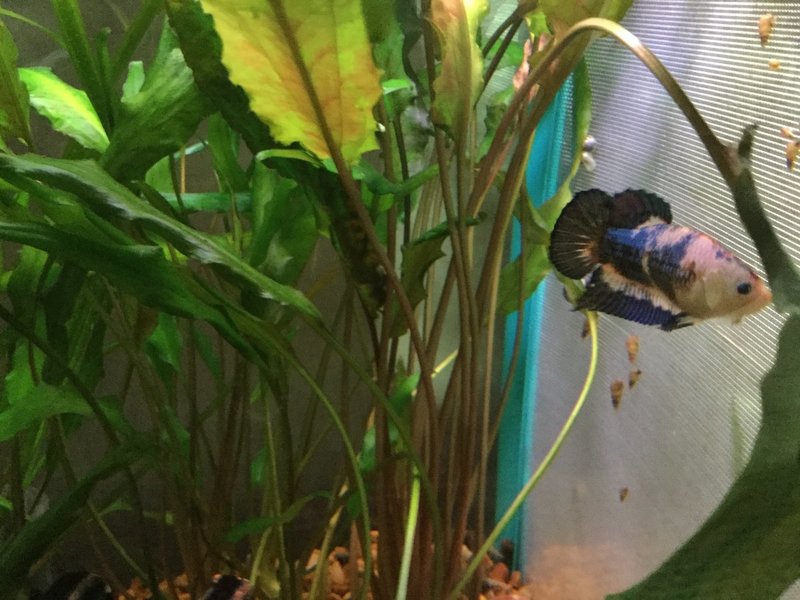 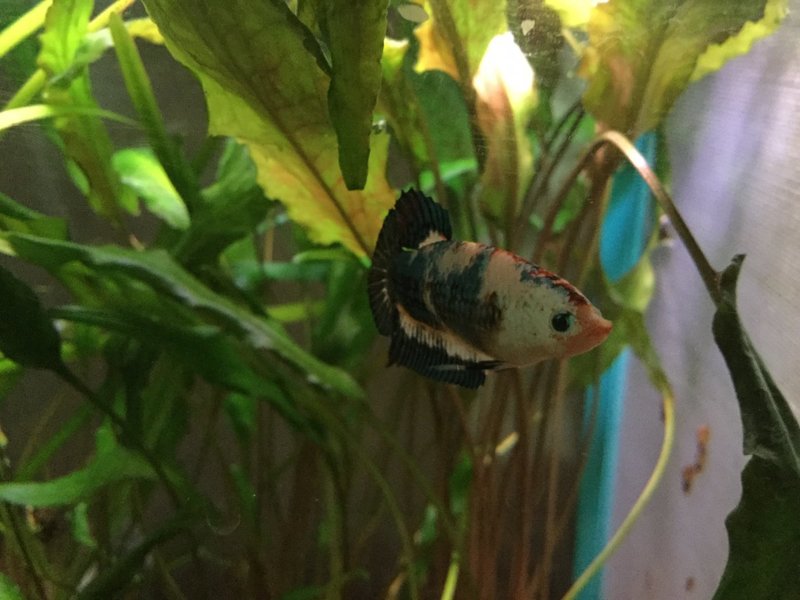 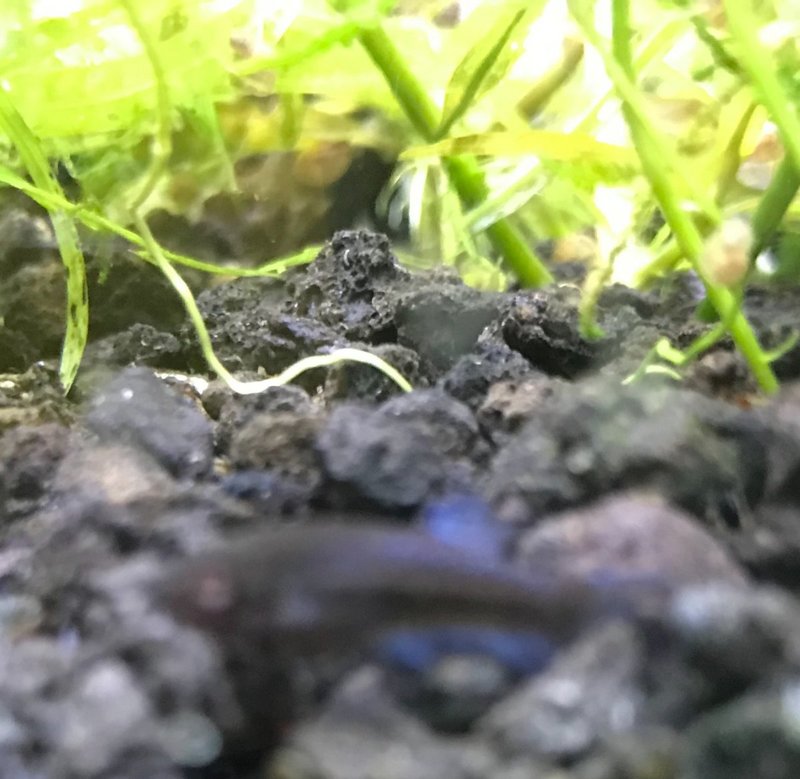 I had a hard time catching pics Of this one- there are two. I think they are 6-8 weeks old. Until I can tell what sex they are, they live in my 30. 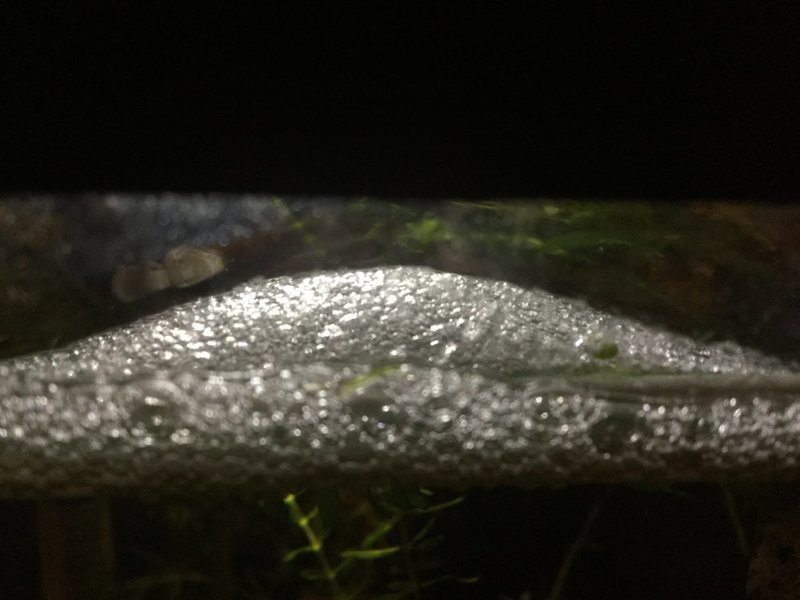 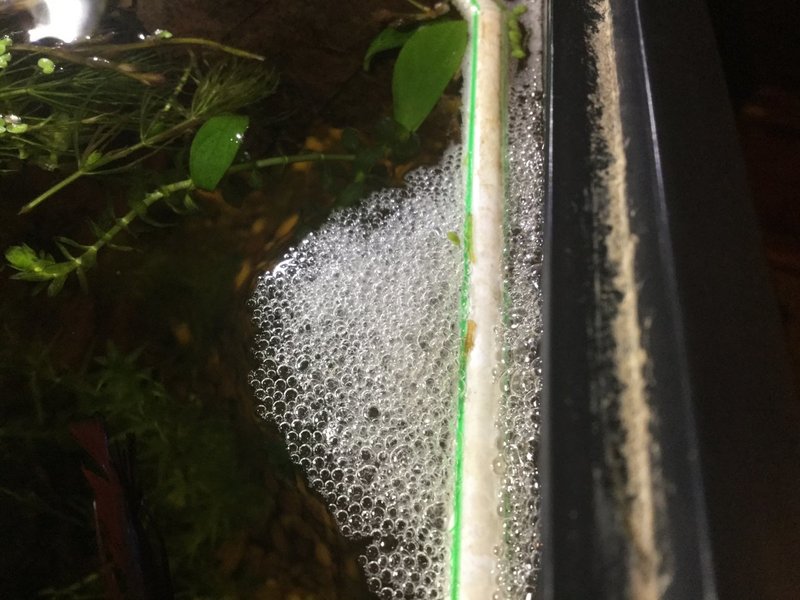 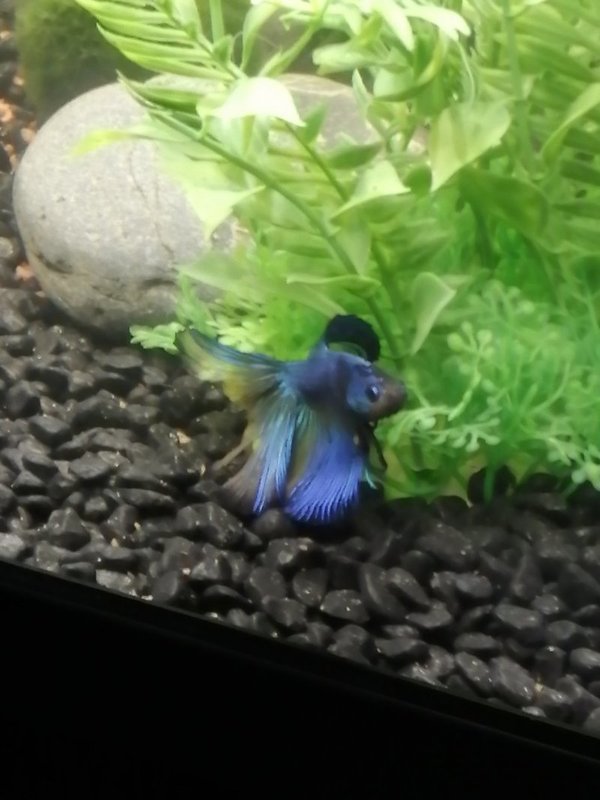 This is Gus. It's hard to capture just how beautiful he is. He has grown a lot since his first picture of him in his cup. I love him and his grouchy personality so much. He gets weekly tank cleanings and water changes- which he hates very much. If I reach in his tank to adjust anything, he attempts to bite/head butt me. I learned very quickly that he really likes to be alone. Anyway, that's my grouchy dude and I have enjoyed caring for him very much! 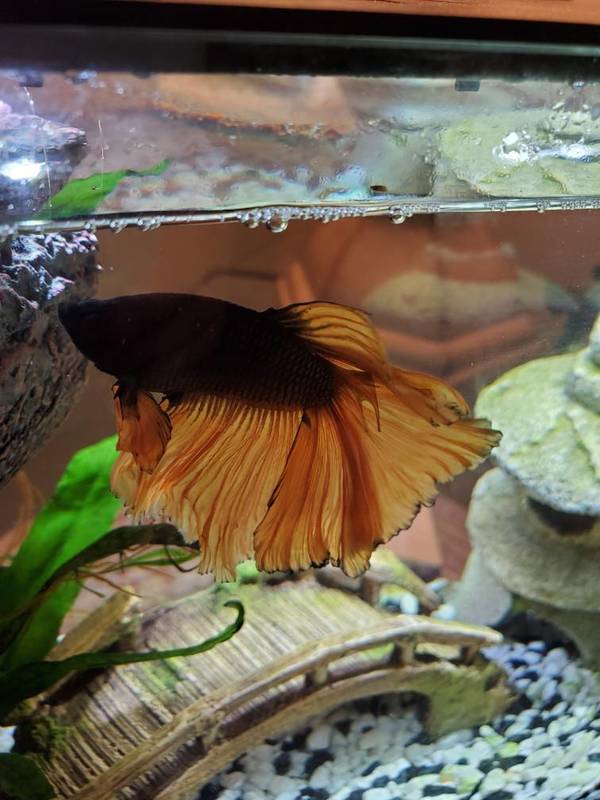 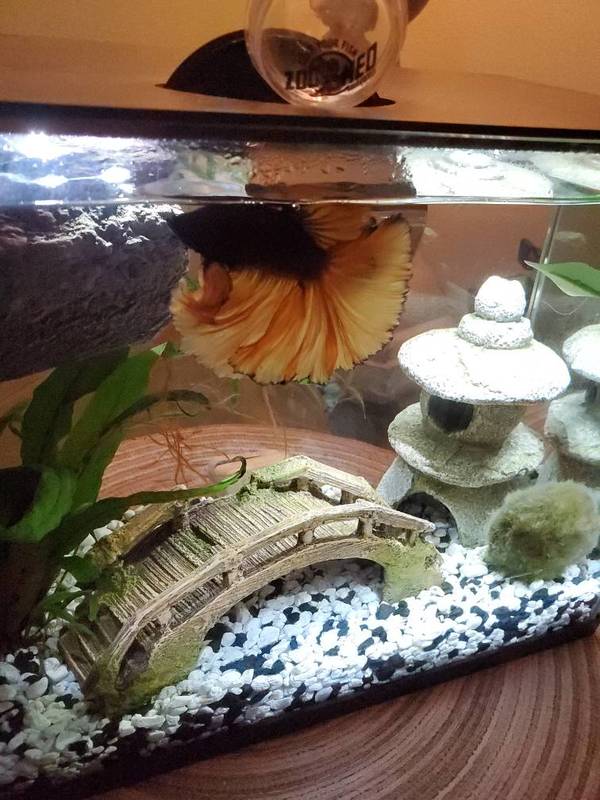 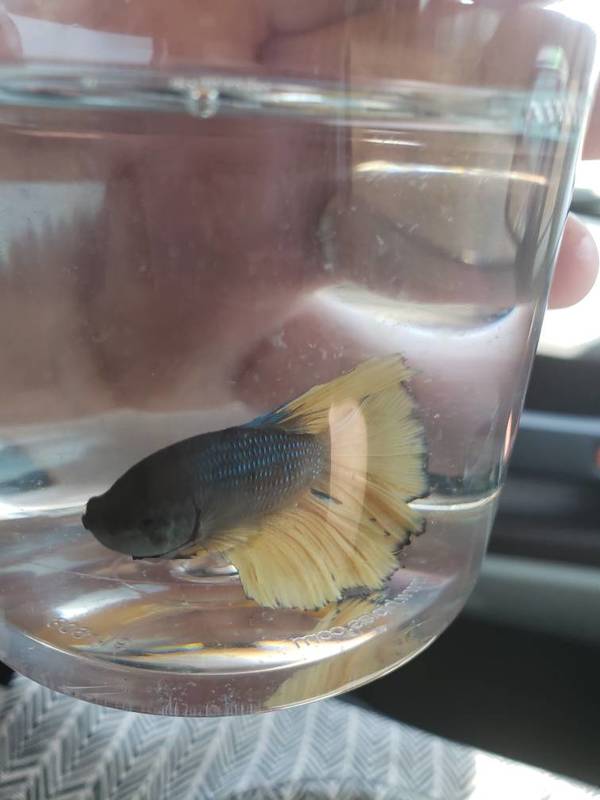 I’ve been having the worst luck with my bettas lately. My favorite betta died suddenly from dropsy, my VT got caught in the filter and died, a Koi female got dropsy. I was about to give up on bettas until I saw this little guy! I am hoping that he lives much longer than the others, usually 9 months. No name yet. 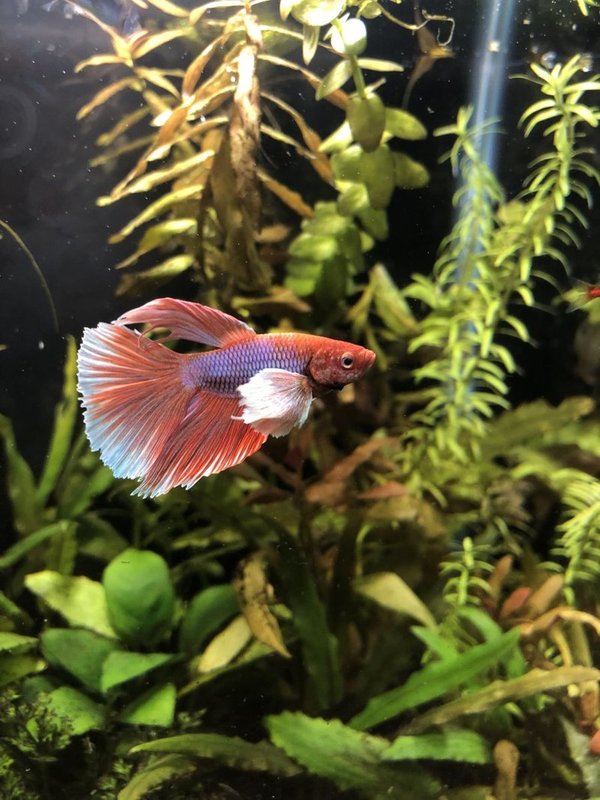 Jendayi said:
Here are some pics of Jett that I took tonight. I sometimes feel like Cujo and Romeo take up all my attention because they are always sick and needy. If you get a guy like Jett it is true that bettas are very easy to care for, I'm lucky to have him. So here is Jett, and he is ticked at me for having my finger in his tank to get his attention. Hrm, maybe it's because he's so GRUMPY that I don't talk about him as much! Nah... And I didn't even realize his fins had gotten so much longer, wow he's a big boy now! lol
Click to expand...

I am in love with him

This is Rachel. No idea if it's a male or female or what kind of betta. Just got Rachel yesterday and had no idea what I was doing. When we left the pet store Rachel was white with a hardly noticeable iradecent blue shine. Since getting home and into the temporary tank Rachel is changing colors quickly and I can't wait to see what happens