Betta Lost Scales On Head, I'm Worried About Him

So I might just be overreacting, but this morning when I went to say hI to my betta Lucius, I noticed he was missing a large number of scales on top of his head. This has happened overnight as he was not like that yesterday. He is acting like his usual active self, but I'm a bit worried that it might be more than him just hurting himself. I have a few photos I'll put here but he wasn't being very co-operative with me and you can't really see the top of his head (which is the worst part, there is a small bit that is quite red).

As for the inevitable tank questions, yes it is filtered. Yes, it is heated (remains within 24-25 degrees C), and it was cleaned out (50-60% water change) 2 days ago, and yes, it is an appropriate size for him.

Anyway, here are the photos, I can try and get some more later if need be, but is this something I should be worried about? And do I need to treat the tank with anything? I have a broad spectrum, possibly some anti-fungal, and aquarium salt on hand. It may be me being paranoid but I don't want to take any chances, particularly as I'm dealing with a weird, dropsy-like thing in one of my other tanks at the moment (I'm probably going to post another thread on this as it looks like dropsy but doesn't really behave like it).

(p.s the top of his head is supposed to be that gold colour that's on the rest of his face) 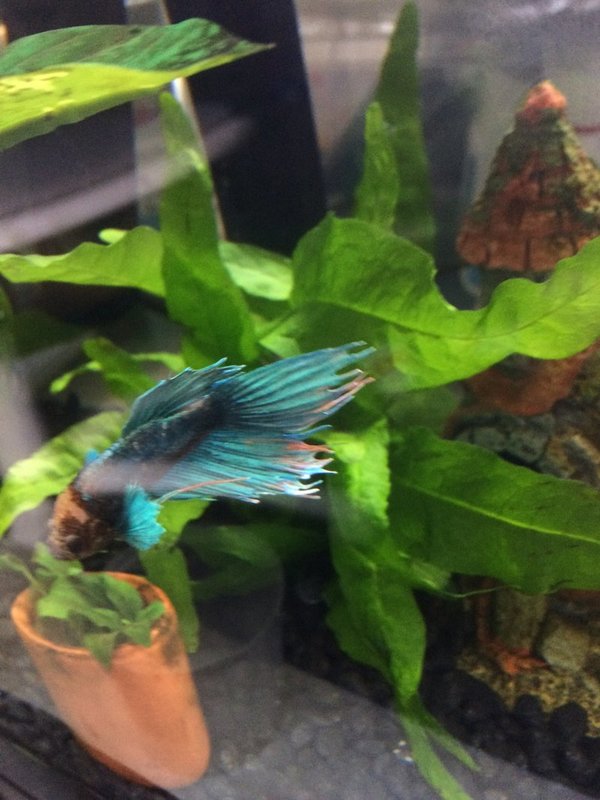 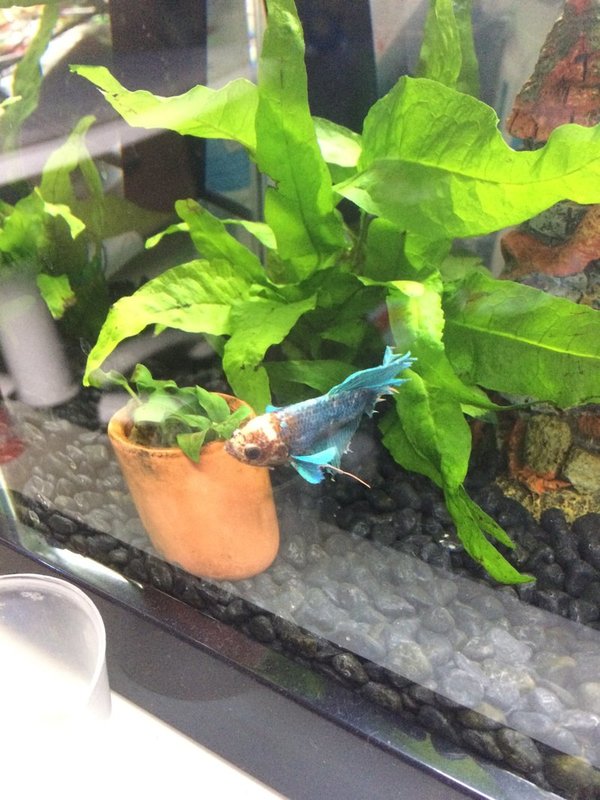 He looks rough in general. Like a little old man. How old is he?
OP

He's just over 1 year (from when I got him), he was a runty little fish when I got him, and he never grew his tail out properly or anything (I have another crowntail, who is in far better shape than him, and older) though the tail has never looked infected, just stubby. But literally all that scale stuff, has popped up overnight, you're right though, looking at him and the photos now, there are a couple of very small patches on his body where the scales aren't right.
He is a bit of a silly fish too though, he tried to eat the sock I put over the filter when he was little and managed to pull a thread loose and get himself caught on it (I had to cut him loose).
OP

Here, I got another photo of him that hopefully shows the main problem a little better. 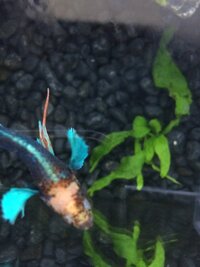 His scales should grow back in about a week if he just scraped them off. Since it was very sudden and overnight, it appears that he probably scraped it against the rock wall you have in the back or some other ornament. If you have Stress Coat you can add that in to help him heal faster.
OP

hmm... ok thanks, I'll be keeping a very close eye on it anyway, I'll have to see if I can get my hands on some more of that stress coat maybe, I ran out a while ago, and keep forgetting to replace it. Would it be worth adding a little bit of aquarium salt to try and prevent infection?

Does it look red or irritated? If not I would just be sure to stay diligent in water changes and he should be fine. Betta's love to try to squeeze into tight places and can lose a couple scales from doing that.
OP

No, at the moment, it still looks exactly like the photos. I'll keep an eye on it, and probably bump up his water changes too, but I'll hold off on adding anything (except if I can get to some stress coat) unless it starts looking inflamed or irritated. Knowing him and his previous adventures, it would not overly surprise me if he wedged himself in somewhere to sleep last night then got spooked by something. Thanks for your help though, I do get a bit paranoid when it comes to my fish.
Share:
Facebook Twitter Reddit Pinterest WhatsApp Email Link