long story short, I had a serious emergency and was not home for a few days. my water was bad. and my bettas gills are inflamed. I can't loose him please help. I truly love him as ppl love dogs.I have been doing 80% water changes the past 2 days and dis 100% the first. I just gave him a dose of kanaplex by schema today. the past 2 days I gave him pimafix as that is all I had. water parameters are in close to perfect as can be now. I need to know if there is anything else I can do? I've read ppl dosing salt but others day not to. I do have co2 in his tank with live plants as well. I will do or spend whatever necessary so cure him. please help me if you can. I have added some pics

If you’re doing kanaplex do not do anything else. It’s strong stuff. Let someone else chime in. As I’m not sure if kanaplex is appropriate for his condition. It’s a very very strong antibiotic. But if you are giving it a go make sure you remove your carbon, if you’re using any.

But again, I’m not sure if it’s appropriate. It is if it’s bacterial.

My opinion, if hes acting normal I wouldnt dose anythin, it can b hard on a fish especially if there's nothing to treat. And ur betta looks ok to me, if they are inflammed just keep up on water changes. And try to calm down a bit.

His gills are not inflamed from what I can see! Male betta fish’s gills sort of stick out of their gill plates, it’s called their beard I wouldn’t medicate him with anything, he looks okay.

Here’s a picture so you can see what I’m taking about. Source: 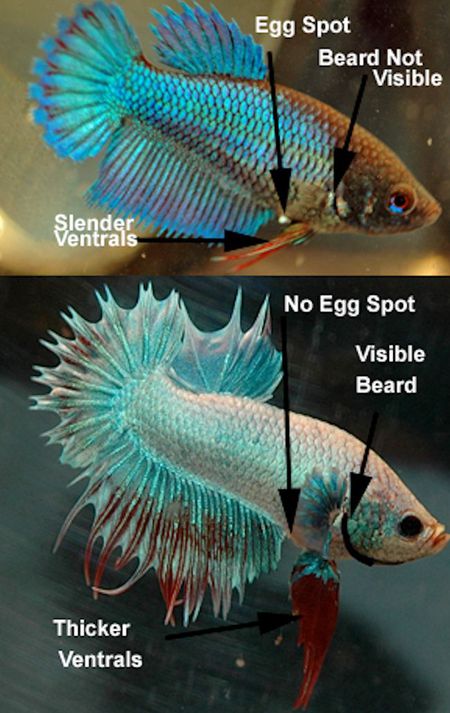 They don't look inflamed to me. What is his behavior like? Does he look like he is struggling to breathe or acting lethargic? And what are your tank and water parameters exactly?

Is he rubbing himself on things in the tank?
OP
S

his gills have never looked like that before until I came home and changed that water immediately. and that is when I noticed his gills. water parameters p.h. 6.8 ammonia 0. nitrite 0 nitrate 0
OP
S

his behavior: he is swimming but he is hanging around the bottom he is eating like normal I just gave him some beef hart thos morning. his diet is frozen foods that I warm slightly fro him.brine shrimp, blood worms, beefheart. I alternate with the foods so he don't get bored. silly I know

I can't see anything wrong with him either. Did you test the water for ammonia? Nitrites and Nitrates? Don't add anymore medication. You could create an interaction between them all. Clean, pristine water with proper aeration should be the only thing he needs.

I see that you did test for ammonia, etc. That's good! Can't beat those numbers.
OP
S

should I add aeration with the co2 that I have

How long have you had him?? He honestly looks to be in perfect health and I think you may be overreacting because you care for him so much sometimes over caring for them is a bad thing though too. My betta fish hangs at the bottom of the tank all day in the same spot, if he’s not there he’s laying on the intake. He’s healthy, his tank is enriching, and he’s over 2 years old. Betta fish tend to slow down as they get a bit older and are more comfortable and settled to their environments.

Is it possible his gills looked like that and you just didn’t notice? Or he was a younger betta when you purchased him and he’s grown a bit so maybe his beard has grown as well? When I had my first betta I thought his gills were swollen and inflamed too, but through research and seeing other bettas in the stores, I determined it was totally normal. You have no ammonia in the tank so there should be no ammonia burns, and if there are it may be from the store you got him from and clean water will do the trick. Medicating may make his symptoms worse. Aeration is always good but betta fish don’t like too much moving water, so as long as your filter makes the surface of the water move, you’re golden!
J

He looks healthy and fine. I don't know if its true ive always been told from the ones I import fish from in Vietnam, Thailand, Indonesia particularly bettas from farms that have been around for long time. Sorry got off topic, but told for the males to always flare them a few minutes each day to keep their gills strong and healthy...I raise hundred of betta at times, and do this with every male, just because I was told to I never questioned why LOL may be a myth, but its a normal routine for me. Although this fish you have looks perfectly fine.
Share:
Facebook Twitter Reddit Pinterest WhatsApp Email Link