So I've had Joey for 10 days now (and made a lot of posts about him! He's a good boy though) and I'm noticing the tips of his crowntail fins are getting a little bit black. He's been changing colour a little bit since he came home so it might just be that, but I'm of course concerned it's a little bit of fin rot. I had a bit of a nitrite spike in the first week but it seems to be under control, never got above 0.5ppm and did daily 50% changes with prime for a few days until it stabilized. Now I've got 0/0/10 amm/ni/na. 79 degrees, 10 gallons. The first photo is from day 1, the second photo is from day 4, and the third and fourth photos are from day 10. He is a bit bloaty now, I have another thread about that! 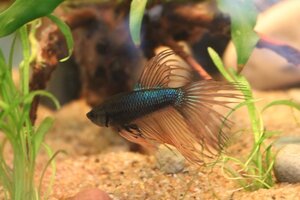 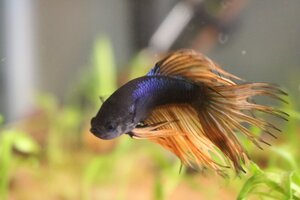 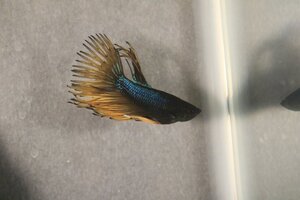 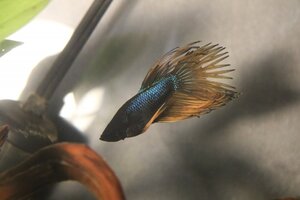 Looks perfectly fine to me. Finrot portrays as uneven edges, sometimes red and inflamed, other times black and fuzzy. The fins may also be clamped depending on how bad it is.