Who does this? I'm not liking it at all.

This stuff is made by fracturing slag from the inside of a furnace. It is like a coat of glass that has been fused to the steel, and then they break it off.

If you actually run it through a sandblaster it might get fairly round, but when you buy it in the bag it's too sharp IMO.

I thought a lot about the quality of my sand. Maybe too much.

I just wanted it to be large-grained and clean. I sifted through a hundred pounds of Black Diamond blasting sand to get rid of all the silt and fine floaties. That yielded one shoebox of coarse sand. The rest I dumped out in my garden.

I aged it for 6 weeks a tank with a Betta, a poopy plecostomus, and some live plants. Then I dumped it into this 30 tall along with a bunch of aquarium gravel which had been well-aged in my oscar tank. I was trying to create this day/night effect in the tank, and I was curious to see which fish would gravitate to the dayside and which to the Nightside.

I've always used the same type of aquarium gravel you see in my photo. Not knowing much about Corries I didn't understand the need for sand.

But now that I know they actually suck in the sand, I am afraid that the grains I have used are too large and they can't eat them. Any small enough to ingest are sharp & cut them up.

IMO, black diamond blasting sand is probably not good for Corydoras. I may be seeing some barbel damage and they may have some internal mouth/gill damage from this too. Also I have seen some red tummies on the large pregnant females. I think they're dragging their bellies on this sharp black sand.

I'm going to set up another tank for my corries pronto, with aged play sand and water from my oscar tank.

As far as the results of my day and night experiment: Overall, the fish do not seem to prefer one side of the tank over the other.

Also, so far as I can determine, I have purchased five species of corydoras comprising only seven fish. I've pretty much given up on determining exactly which species of catfish that I own though. Clearly the LFS has no idea.

I have plenty of room for more of each type in my 30-gallon tank but I haven't yet been able to purchase ones that match the ones I already own. The ones they have now appear to have stripes instead of spots. 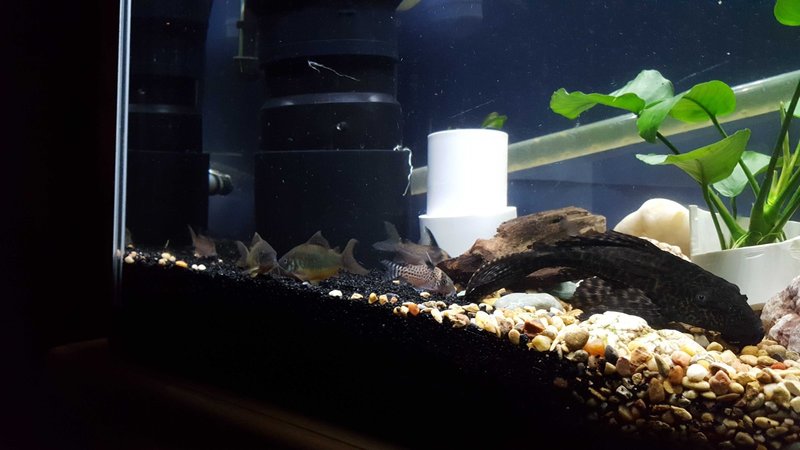 By the way these guys are breeding and laying eggs in my tank.

It came right after a major water change: 50% or so, + a period of low light when I was attempting to de-stress my fish.

There were over a dozen 1mm orange eggs on a small tan pebble, in the middle of the black sand. It was so amazing I could not avoid seeing it.

Unfortunately I spotted it during a failed dual-pump sump experiment which flooded my office with a gallon of water.

I was trying to adjust the drop on the main siphon. It was adjusted to be quiet and it wasn't quite keeping up with the Dual pumps. By the time I got it almost adjusted, the tank was dangerously full, so I switched off the pumps.

What I ignored (as I continued to fiddle with the main siphon) was that my second pump had back-siphoned when I switched them off, because my jury-rigged hose had drooped into the tank.

I heard water hit the floor and in my panic attack I pulled the main siphon, which simply sent another pint of water on the floor.

Anyhow, at sometime during the ensuing clean up the eggs were eaten. I'm sorry I didn't get to rescue them in time, but now I'm pretty sure I can get these guys to breed when I want them to, and with five different species who knows what I'll be getting? 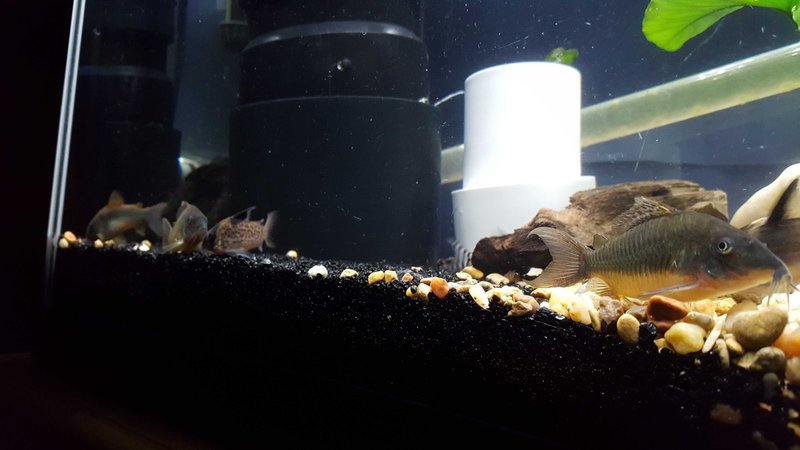 I have a total of 20 cories from 1" to 2" on BDBS and none of them have any barbel damage or pink bellies or gills.

The cory on the right in the last pic you posted looks like a Brochis Splendens (Emerald Green Cory). On the left looks like a Corydoras Aeneus (Bronze Cory). The spotted one might look like an Corydoras Agassizii (Agassizi Cory).

The barbel damage I see is perhaps very slight. I am not familiar with the condition, as I have never had other than smooth gravel as a substrate.

I do see a "bulldozer nose" scar on the one who likes to burrow hard. These guys get well fed and lots of fresh water. They really don't have to hunt hard for food.

I don’t see an issue here, for I keep my Cory on even thicker black sand, and they have zero problems whatsoever.

Well that comforts me somewhat. I'm going to change water and read about breeding corys. Or corries.

My PC and Android disagree on that.

I have been keeping a close eye on the Coreys and it seems like they're doing okay and the barbel damage I was seeing is gone. 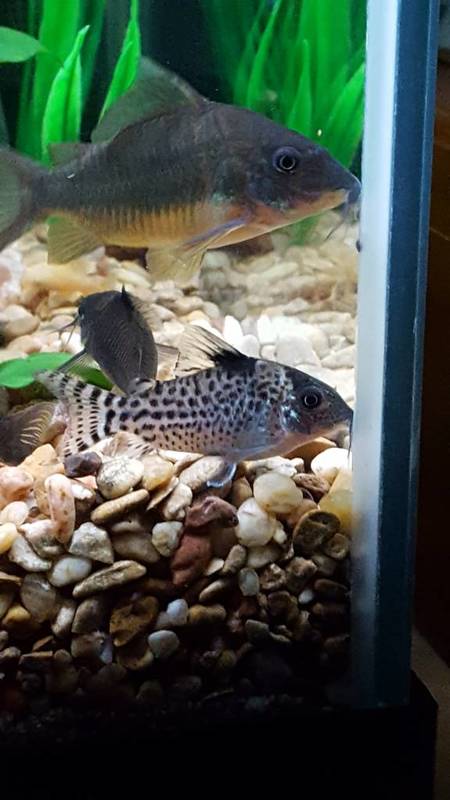 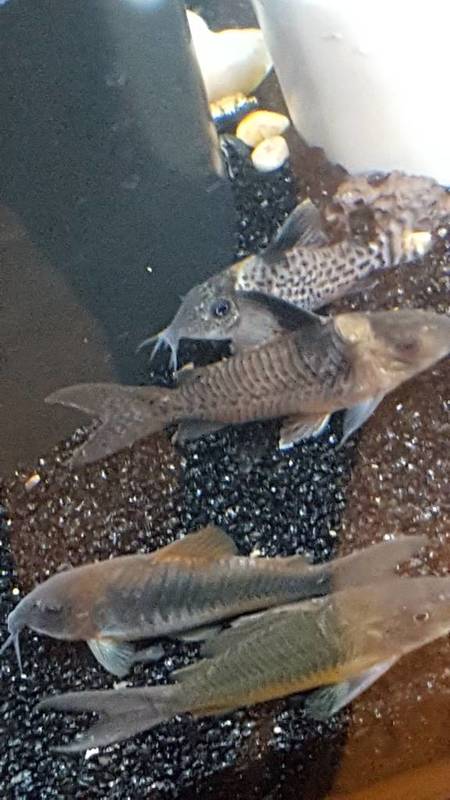