So in the last few months I have expanded my aquarium number to 4 and done some fish shifting so that my original aquarium can have something a little bit special....a green/wild type Axolotl

Made a couple of changes since the photo below was taken at the start of the cycle....replaced the filter with spraybar with a double column sponge filter and installed an air pump driven UV filter alongside (one air pump for each filter) and removed the Aquael Airlight as that was no longer working well enough, so replaced that with a food bowl (in the hope that the little critter will use that for feeding instead of wandering all over the sand with its mouth full and generally making a mess...that is the theory at least )

Substrate is Hugo KamishI extra fine aquarium sand, there is a large triple entry UPVC pipe to hide and sleep in, a variety of rocks (all fist size and over to prevent attempted munching) and a nice piece of driftwood to park on (a second larger piece will be added as a ramp/climbing frame from ground level to top of pipe later once it finishes soaking). Lighting is the standard LED bar in the hood that will be covered with a double layer of darkest blue acetate (as used in theater lighting) which will make everything dark enough not to hurt critter's eyes but still able to see what he/she is eating. 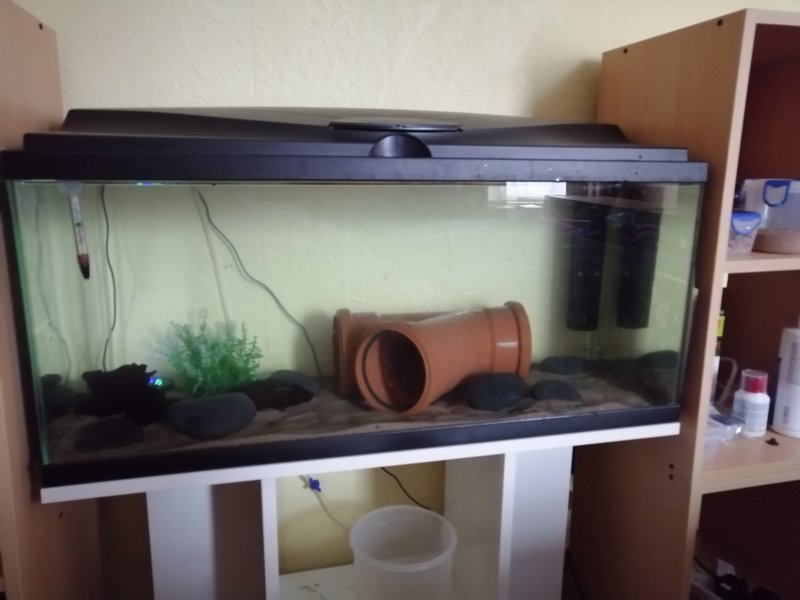 Looks awesome! You're gonna love this critter, they're some of the most neat yet easy to care for pets that I have ever owned. Got a name picked out yet?
OP
P

He/she should be arriving midweek next week.....name will be Phoenix
OP
P

Just completed fitting out on the two air driven filters.....on the left side is the twin sponge filter attached to one air pump and on the right is the air driven UV unit attached to a second air pump

Decided on a creative food bowl setup...the white "bowl" under the twin sponge filter is actually a soap dish (unused obviously), works a treat cos its just deep enough to keep food under control and has a non slip base so that neither food or Axolotl will go flying when standing in there 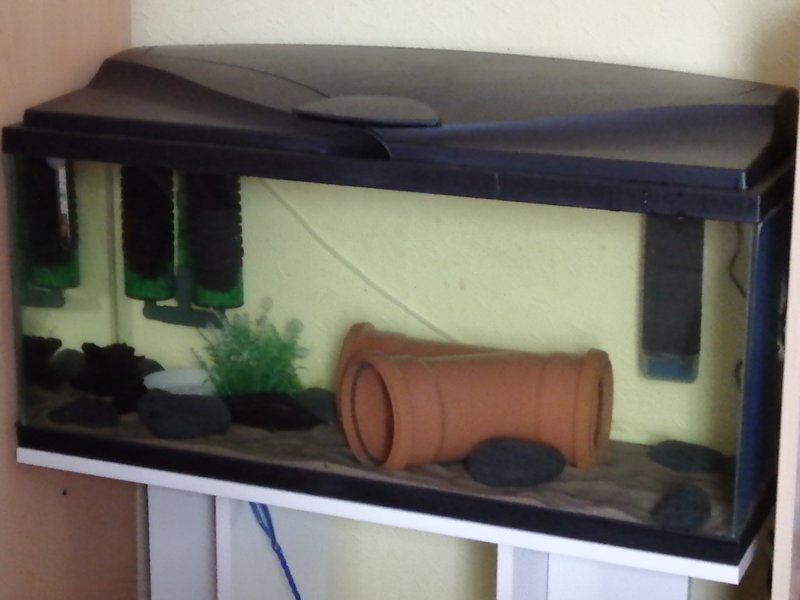 Well my Axolotl arrived about 2 hours ago.

I completed scaping and covering the overhead light with dark blue yesterday (see below).

Axie is now in the dark, exploring the new home.....every so often I see this little beastie swimming past. Breeder has given me strict instructions to keep in the dark and not to feed til the morning, so will cover the aquarium when I put the table lamp on later so not to disturb him or her too much

Very very active little beastie but obviously the first 24 hours is the critical time, especially after being in transit for nearly 30 hours 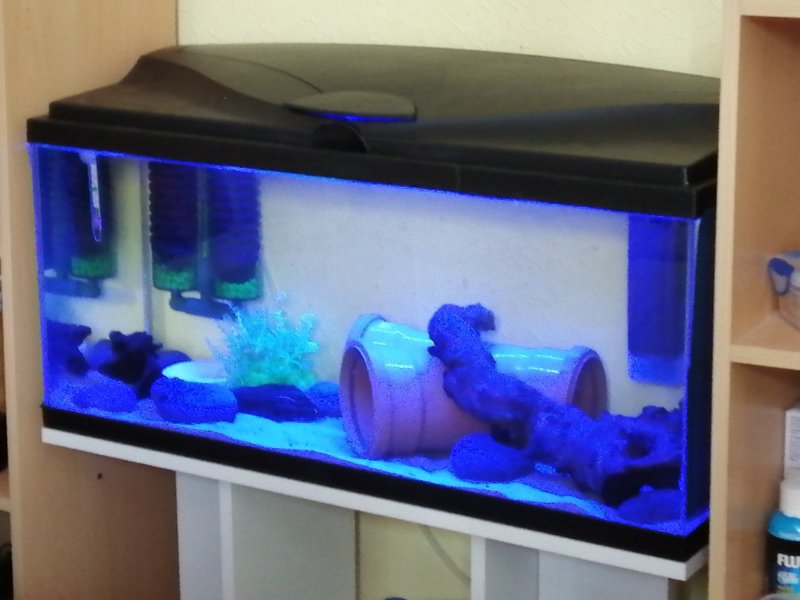 Well my Axolotl......named Phoenix......has had a quiet first night and has enjoyed a good breakfast this morning

I'll hold off taking photo's til next week to let the charmingly cheeky critter settle in properly....but so far, what an adoreable little fellow he/she is

Great looking tank, I’m sure he is enjoying it. Congrats!

Congratulations! Do you have a close up of your cutie?
OP
P

Not taking photos til its properly settled into a routine and is not so nervous. Also as a new arrival its spending most of the day hiding inside the drainpipe, only coming out for breakfast and for a wander around when curtains are closed and the room is dark.

I managed to sneak a photo of my Axolotl baby called Phoenix....not a brilliant photo I'm afraid due to poor light and having to do it quickly 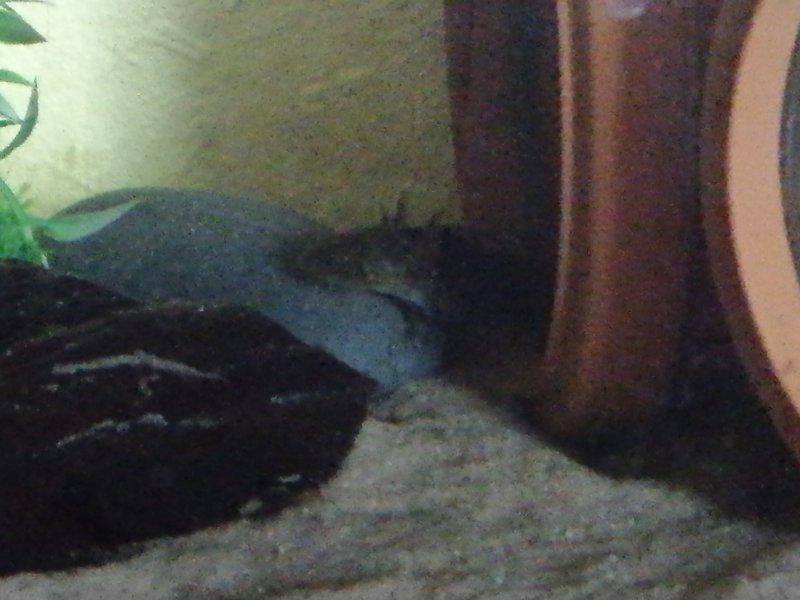 Very cute! Did you get a melanoid? It is hard to tell from the photo is all.
OP
P

Phoenix is a wild type/green 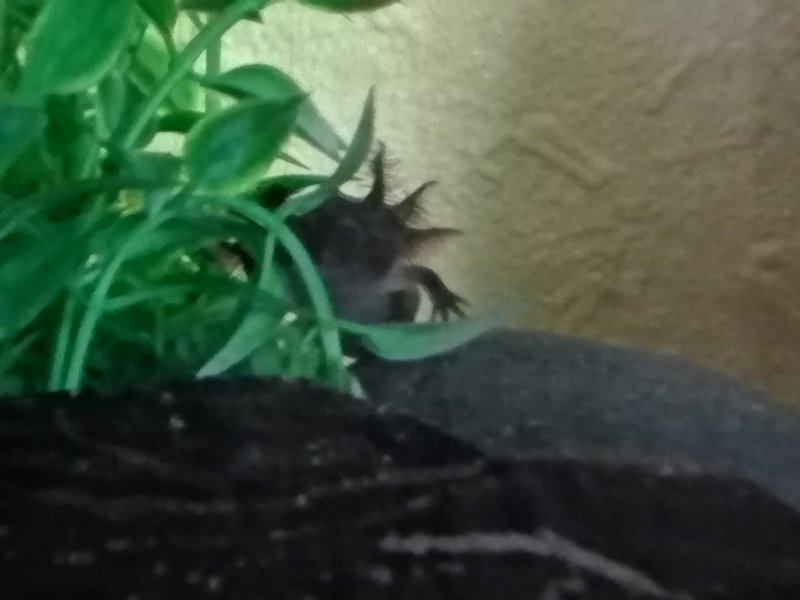 He/she might only be a tiny baby but WOW....discarded food and poo everywhere 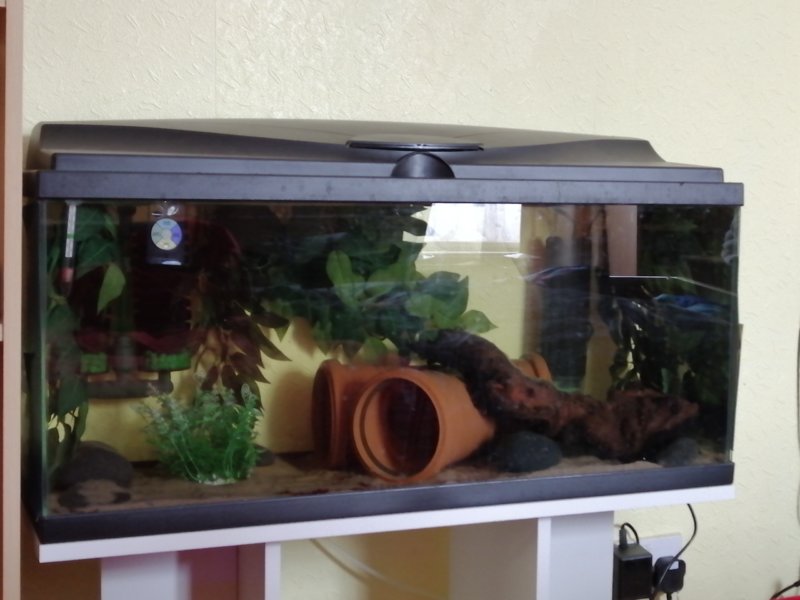